Sanjay Raut In Trouble With Ed 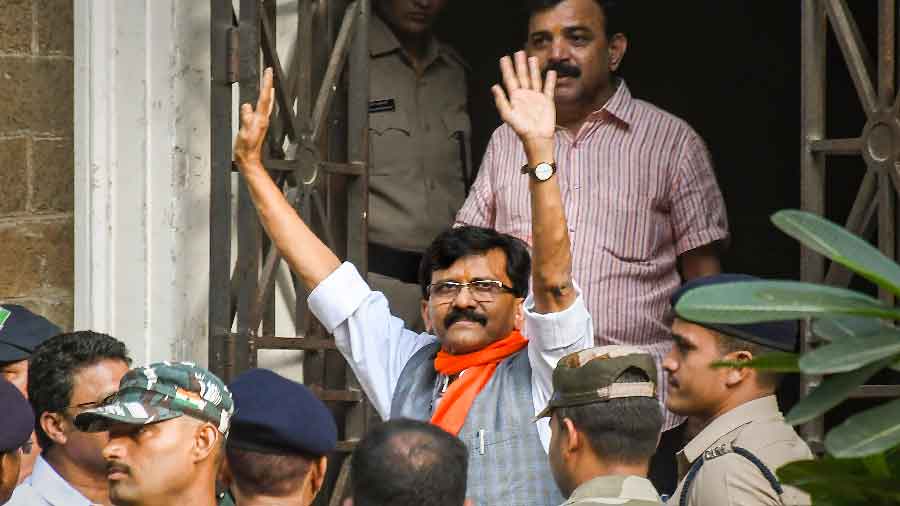 In the recent days, the news of the members of the Gandhi family probed in by the ED due to their several money laundering scams in relation to the National Herald has been making rounds around the nation and the world. It seems like the politicians have developed a taste for the ED as Sanjay Raut has been arrested by the ED regarding the Patra Chawl Land Scam.

Sanjay Rajaram Raut is a member of the Shiv Sena Party and represents Maharashtra in the Rajya Sabha. He has also acclaimed his position as the Executive Editor of Marathi newspaper Saamana. He was arrested on the midnight of july 31st 2022 after over 6 hours of interrogation and 9 hours of investigation of his residence from which, 11.5 lakh in cash was seized.

On monday Aug 1’ 2022, he was presented in front of the session court where it was established that he had been summoned 3 times prior to his arrest but he only attended once. Besides this, the court also recorded that Raut had also tried to tamper with the witnesses before. It was prompted up by the opposition lawyer that Praveen Raut, director of Guru Ashish Company, was the front man for Sanjay Raut and had received 112 crore, defying the claims of any investment by Raut.

Shiv Sena and Congress have seen a roller-coaster of a political career with each other as an alliance and individually. But their longstanding professional friendship has led to Raut receiving the support of the Congress party after his arrest. Rahul Gandhi has made it clear that Congress stands with Raut in his difficult times. Congress also attacked the centre for this slandering behaviour towards Raut.

The grounds of Raut’s arrest are of the 1 crore scam in the name of redevelopment of the Patra Chawl and rape threats to the people residing in the said area. The court on Monday Aug 1’ 2022 decided to handover the custody of Raut to ED. He is supposed to be under the custody of ED till Aug 4’ 2022.

Following his arrest, Thackeray went to meet Raut’s family to console them and show support. Shiv Sena has not backed down from showing their support to their minister by continuously denying and negating the facts and allegations that have been thrown by the ED and the opposition towards Raut. Thackeray quoted that he is proud of the minister and has not committed any crime. He renders Raut’s position as a journalist and that he is a true Shiv Sainik who is fearless and speaks what he does not approve of, according to the ndtv report.

Soon after the revelation Raut’s arrest, members of the political arena have socially shared their views and comments on the situation. BJP minister Sanbit Patra has accused Raut to be the sole criminal behind the displacement of almost 680 families of the Patra Chawl, according to tv reports. On the other hand, Devendra Fadnavis has commented that the action of the ED against Raut seems to be based on some substantial proofs and documents.

Further investigation is awaited and monitored.