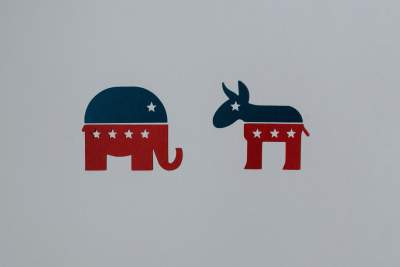 Sanders is the most well-known former Trump official to secure a primary win during this cycle.

The 39-year-old received immediate support from former President Trump after entering the race back in January of 2021 while raising a record-breaking $14 million.

Most of her donations came from out-of-state donors.

During her time as the White House press secretary, she often had disputes with reporters while also providing misinformation about the reason why former President Trump terminated FBI Director James Comey.

The former deputy secretary claimed that many FBI agents lost confidence in Comey.

The Mueller report revealed that Sanders’ comments were baseless which the former press secretary admitted.

Chris Jones is a nuclear engineer who distinguished himself in the competitive Democratic primary as the early favorite.

No matter what the outcome is in November the race would yield historical feats because if Jones wins, he would become the state's first Black governor while if Sanders triumphs in, she would become the first woman elected to the post.

Hutchinson is considering running for president in 2024 with being term-limited.