Security Ramifications from Trump's Mar-a-Lago Documents to be Assessed 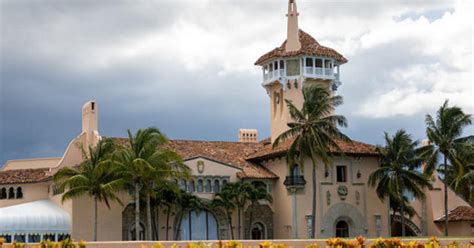 On the 26th of August, POLITICO received a letter detailing that the United States Intelligence community will begin to assess the ramifications made to the nation’s security. This is due to former president Donald Trump possessing national secrets in his Mar-a-Lago estate in Palm Beach, Florida.

These secrets were found in a raid conducted by the FBI on the 8th of August that contained 11 boxes of materials deemed sensitive or top secret.

Arvil Haines, the director of national intelligence for the US, told top lawmakers of the assessment and assigned the duty to House Oversight Committee Chair Carolyn Maloney (D-NY). He wrote in the letter that the Department of Justice and the Office of the Director of National Intelligence will review the “relevant materials, including those during the search,” and that it “does not unduly interfere with the DOJ’s ongoing criminal investigation.”

The criminal investigation Haines refers to centers on Trump allegedly violating the Presidential Records Act, and the Espionage Act, and committing obstruction of justice. Violating the Espionage Act is notable as the DOJ states under Section 793 of US law regarding espionage and censorship that it “applies to activities such as gathering, transmitting to an unauthorized person, or losing, information pertaining to the national defence, and to conspiracies to commit such offences.”

If Trump is found guilty on this charge, this means that there was sufficient evidence of him giving at least some of these national secrets to unauthorized parties. Massive security risks can potentially come depending on which parties possess these documents.

Regardless of the verdict, the primary concern of Maloney and House Intelligence Committee Chair Adam Schiff (D-Calif.) is to have “the IC swiftly move to assess and, if needed, to mitigate the damage done.”

The potential of said damage depends on what one takes away from the FBI affidavit released on the 26th of August. The Associated Press broke down the affidavit, stating that before the 11 boxes of documents were found in August, 15 more boxes were retrieved in January that contained 184 classified documents. Other takeaways include some of the found boxes with markings suggesting they house intelligence secrets, and Trump repeatedly passing up opportunities to return these classified materials.

An inquiry has also been requested by the Senate Intelligence Committee. The panel’s chair Sen. Mark Warner (D-VA.), and vice-chair Marco Rubio (R-Fla.) signed the request, showing bipartisan support for the inquiry. They, with other congressional leaders, also requested access to specific documents seized from Mar-a-Lago.