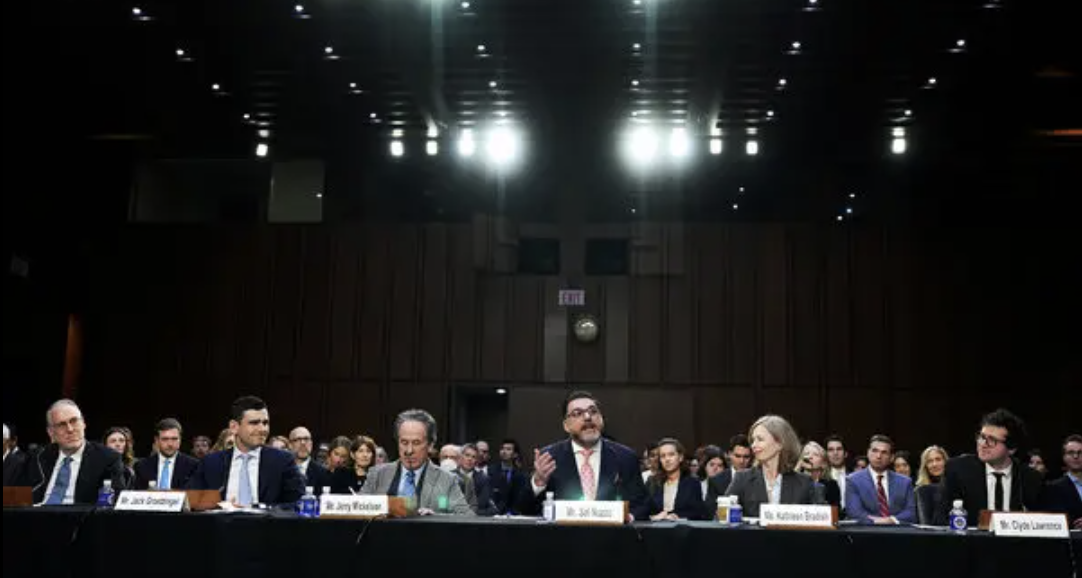 Ticketmaster is one of the largest ticket-selling companies and Tuesday, January 24th, 2023, the United States Senate held a hearing to examine its role in the ticketing industry.

People are claiming that Ticketmaster and Live Nation are violating antitrust laws by trying to establish a monopoly on the ticket market, which arose from the presale of Taylor Swift's “The Eras Tour” tickets.

In November of 2023, the presale of Taylor’s tickets got so overwhelmed with buyers that the website crashed, eventually leading them to cancel the sale, leaving her fans furious and without tickets. Fans even sued the company for antitrust violations.

Since then, the Senate investigated Ticketmaster and its merger in 2010 with Live Nation.

According to Reuters, it was found that Ticketmaster controls more than “70% market share of primary ticket services for major U.S. concert venues” and bots are bulk buying tickets and reselling them at much higher prices.

People are claiming that Ticketmaster and Live Nation are violating antitrust laws by trying to establish a monopoly on the ticket market, and Taylor Swift fans even sued the company after the ordeal with ticket presales.

This has been long overdue for many concert-goers, who have voiced complaints about Ticketmaster’s high fees, resale practices, long wait times, and lack of transparency and competition over the years.

Even in 2015, it previously agreed to a $400 million class action settlement after allegations of illegally overcharging customers came to light.

Joe Berchtold, president, and chief financial officer of Live Nation, spoke against these claims and said that they are not taking actions that pursue or establish a monopoly and publicly apologized to Taylor Swift and her fans for the lack of diligence in protecting their sales.

Berchtold said in the Senate hearing, "In hindsight, there are several things we could have done better – including staggering the sales over a longer period and doing a better job setting fan expectations for getting tickets”.

When the website crashed, no other options were available that were not severely overpriced. The bots that resell the tickets on other platforms added to the overwhelming of the site and the crash, and eventually, Ticketmaster canceled the sales.

This is one of the major reasons why people believe that Ticketmaster and Live Nation have a monopoly on the ticketing industry.

Some Senators are looking to break up Ticketmaster and give more control to other ticketing companies, which will in turn help other companies, artists, customers, and hopefully the economy in general.

The hearing was presented with a crowd of protestors holding signs showcasing their frustration with Ticketmaster and the way they handle ticket sales. Many of the signs in the crowd had Taylor Swift puns written across them, and even some Senators quoted her lyrics when speaking to Berchtold and bashing Ticketmaster. 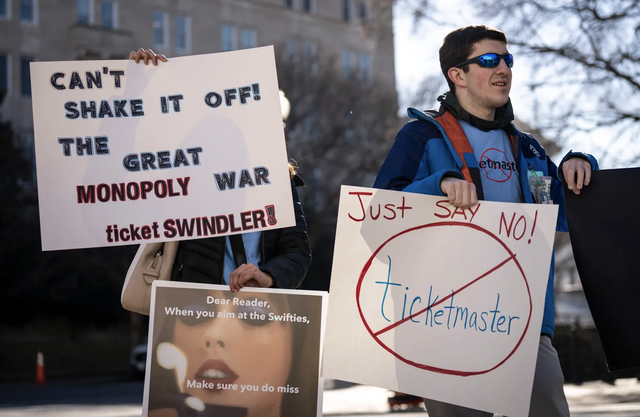 After three hours of Senators questioning Berchtold, the hearing was able to bring to light "the intersection of consumer rights, consumer welfare, and our antitrust laws" and hopefully the fight against Ticketmaster's possible monopoly will continue to expand rights for consumers.