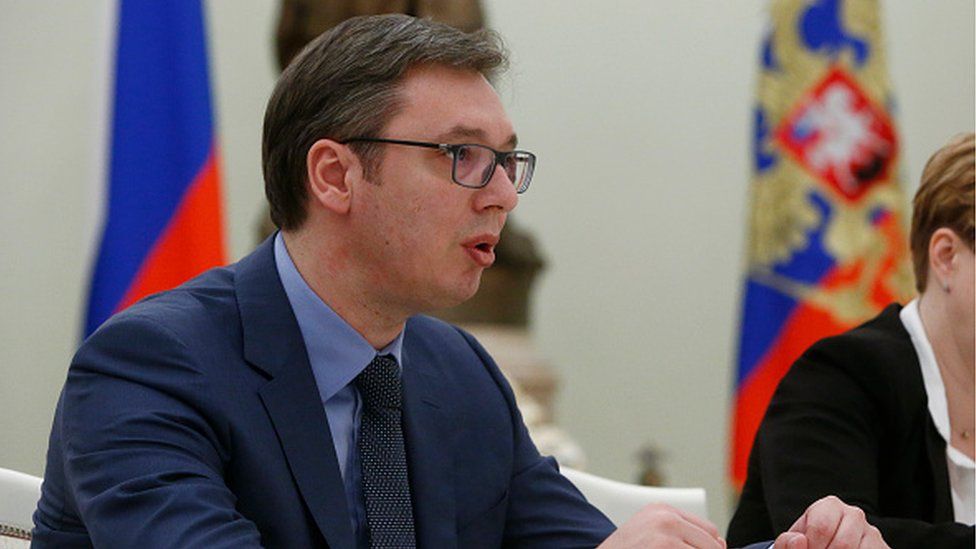 On May 29, Serbian President Aleksandar Vucic announced that a new three-year gas deal with Russia had been agreed upon. This news surprised the European Union after launching the sixth sanctions package against Moscow, where an almost total oil ban on imports has been declared. While the EU is trying to reduce its reliance on Russian oil and gas as much as possible, Serbia is taking the opposite direction.

Serbia, a candidate to join the EU since March 2012, has explicitly refused to condemn Russia's invasion of Ukraine, unlike most European countries. Despite voting in favor of UN resolutions condemning the Russian attack on Ukraine, it declined to join the western international sanctions against Moscow. The government is currently in between a possible accession to the EU, which the president has claimed several times, and strong ties with Russia, Serbia's longstanding ally. Moreover, as many of the country's energy companies have been bought by Russia, Serbia is almost entirely dependent on Russian gas.

Accordingly, in 2009, Russian Gazprom bought for 400 million euros a 51% stake of Serbian Naftna Industrija Srbije (NIS). Moscow intended to invest at least 500 million euros in renewing the company's facilities and achieving an oil production of 80 million tons per year. Moscow applauded this as a significant achievement to help Russia strengthen its presence in southeastern Europe.

Serbia's proximity to Russia was cemented during President Vucic's 10-year autocratic rule based on intense pro-Russian propaganda. According to polls, the majority of the population would be more favorable to an alliance with Russia than the EU. According to the Serbian Interior Minister Aleksandar Vulin, the newly reached agreement between Russia and Serbia proves the latter's intentions not to join the widespread European anti-Russian sentiments. The best decisions for the country, in his view, are made by the Serbian free leader and free people without accepting orders from the West.

The same Minister elucidates Serbia's position towards Russia and the EU in an interview released on May 6, where he comments on the EU's overall hypocritical stance. He clearly states that "The countries that bombed us, I would not say that they have the moral right to ask us to join their policy," referring to the 1999 NATO bombings launched on Serbia concerning the Kosovo issue. Concerning the war in Ukraine, he confirms that Serbia is respectful of every country's territorial integrity and that also Serbia should be respected. This statement refers to NATO's and Europe's involvement with Kosovo leading to the latter's 2008 unilateral declaration of independence, which Belgrade never recognized.

The Minister clearly states that respect for international law and principles related to territorial integrity and national borders should first start with Serbia. Consequently, the EU should first and foremost focus on its unsolved matters. Two of these are the Cyprus issue and the refugee crisis problem. Concerning the latter, the EU seems to have forgotten the case altogether due to the ongoing war in Ukraine. He blames Brussels for not achieving a consistent and unitary plan to tackle this matter, leaving the single countries involved in the refugee crisis alone.

There seems to be an ongoing tug-of-war between the EU and Russia regarding this state. Unlike other Balkan countries, Serbia is essential for reasons related to its population, size, and geographical location, making Belgrade an essential stakeholder for regional issues like the future of Bosnia and Kosovo. Therefore, its role is vital for the EU's enlargement policies seeking to expand values based on security, peace, and stability. The country's status as a candidate for EU membership is counterbalanced by its heavy reliance on Russian gas and solid military cooperation with Moscow and substantial economic relations with China.

Lately, Belgrade unveiled its newly-purchased Chinese surface-to-air missiles, pointing to a military build-up in the region. This raises concerns as Serbia's relations with its neighbors and NATO members, Croatia and Montenegro, are cold. Serbia's genuine intentions vis-à-vis the EU are a real problem for the latter. The country seems to be still wary of the overall EU functioning mechanism regarding territorial integrity.

Memories of the 1999 bombing and the unfair, according to Serbia, NATO treatment are still alive in the country. According to the Serbian political analyst Dragomir Andjelković, supporting sanctions against Russia would be counterproductive for Belgrade as it needs Moscow to protect its territorial integrity and national sovereignty. Therefore, it remains unclear for the EU to what extent Serbia would cut its relations with the Kremlin should the country be admitted to the European family.