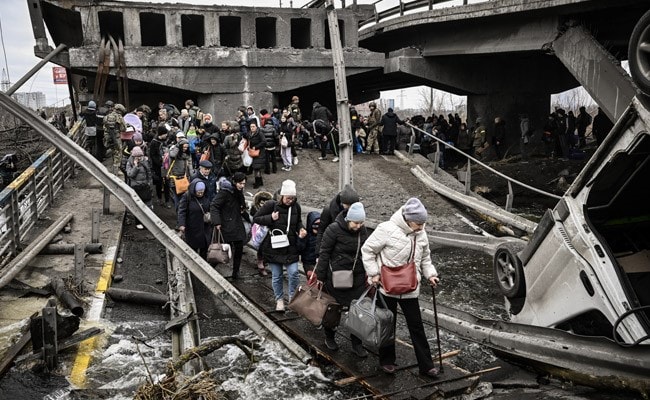 Despite Ukrainian troops regaining control of certain parts of the country, the trauma that Russian troops have left behind is still present.

The United Nations (UN) has received an increase of alleged rape and sexual assault reports from Ukrainian civilians as Russian troops move across the country, according to Cable News Network's (CNN) publication yesterday. There is an accusation that Russian armed forces are taking advantage of women and children as a ‘weapon of war,’ a Ukrainian human rights group has said.

Young women and teenagers are also at higher risk of sex trafficking as they arrive at the border crossings alone to escape the conflict in their homeland.

Lyudmyla Denisova, Ukraine’s ombudsman for human rights, the BBC published- 'About 25 girls and women aged 14 to 24 were systematically raped during the occupation in the basement of one house in Bucha. Nine of them are pregnant,' she said. 'Russian soldiers told them they would rape them to the point where they wouldn't want sexual contact with any man, to prevent them from having Ukrainian children.'

According to Denisova, Ukraine is pressing the United Nations to hold a tribunal trying Vladimir Putin personally for several war crimes, including rape. These war crime allegations began after Ukrainian forces regained control of parts of the country, like Bucha.

Ukrainian President, Volodymyr Zelensky, addressed the allegations last week, which CNN published: 'Women were raped and killed in front of their children. Their tongues were pulled out only because the aggressor did not hear what they wanted to hear from them,' he said. 'This is not different from other terrorists such as ISIS. And here it is done by a member of the United Nations Security Council.'

Sima Bahous, Executive Director of the United Nations Entity for Gender Equality and the Empowerment of Women (UN-Women), CNN published: '[Allegations of rape and sexual violence] must be independently investigated to ensure justice and accountability.'

The UN is ensuring that all reports of rape, sexual assault, and human trafficking are carefully and independently investigated.

The suffering that women and children have experienced due to Russian troops using rape as a military tactic is believed to affect Ukrainian society for the foreseeable future.