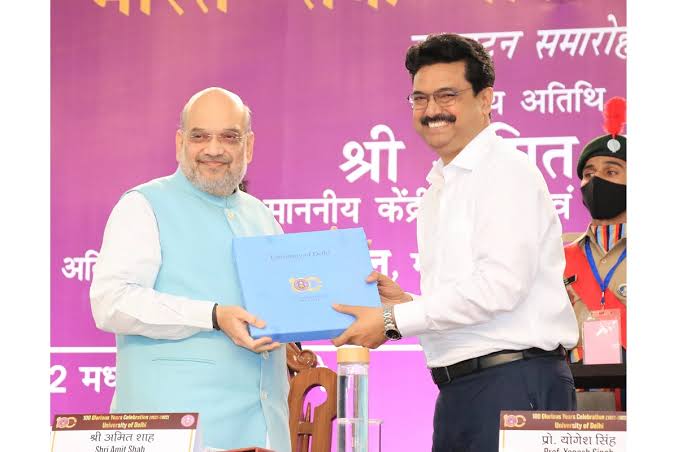 On Thursday, Amit Shah paid a visit to Delhi University for the opening of a three-day seminar. The seminar's theme is "Revisiting Indian Ideas for Swaraj to New India." The seminar is hosted by the University's political science department. He discussed his thoughts about Delhi University. He recognizes the significance of Delhi University in terms of transformation and how students exchange ideas, noting that there is no violence on campus based on ideological differences.

During the ceremony, he shared his thoughts on Nalanda and Taxila. He affirms  that, despite the fact that those schools have closed, the knowledge gained from them is still widespread in India, ingrained in the generation's values.

He spoke about the country's cultural unity, stating that India embraces different cultures in every corner and also that culture unites all citizens. As a result, India should be considered as a Geo Cultural country. India should never be described as geopolitical. He went on to criticize individuals for failing to comprehend the concept of India via a Geo-cultural perspective.

The Minister for the Affairs also discussed the NEW EDUCATION POLICY and its implications for cultural diversity. In the first five years of schooling, the NEW EDUCATION POLICY will support education in regional languages, which will assist students connect with their original culture. This will also help the youth in connecting with the country's roots.

Moreover, he somehow highlighted the last eight years under Prime Minister Mr Narendra Modi's leadership, in which the government has constructed such a powerful defense system that every citizen in the country feels safe and secure. Thousands of underprivileged people in the country have begun to think of themselves as citizens in the last year.

He went on to outline a few other achievements of the government, including nullifying Jammu and Kashmir's special status by removing Articles 370 and 35A of the Indian Constitution and uniting India more than ever as one country.