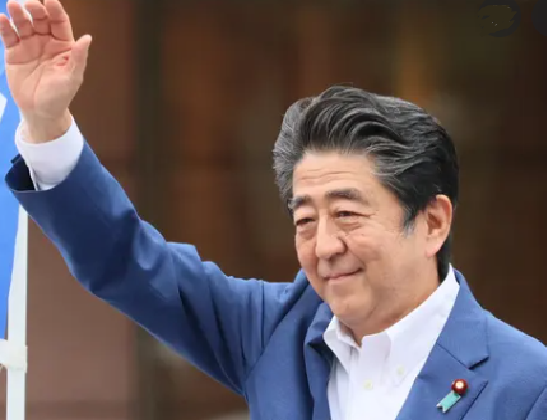 The former PM of Japan, Shinzo Abe was assassinated in the city of Nara, ahead of elections for the upper house. In Japan, the 67 year old leader was delivering a camping speech in the same city. He was reportedly shot twice during the speech and rushed to the nearest hospital. At the scene, security officials tackled the gunman. And the 41 year old suspect was taken into the police custody.

Media reports suggest that a bullet wound on right of his neck was seen according to country’s fire and disaster management agency. He also suffered subcutaneous bleeding under left part of his chest. Abe was campaigning for his former party liberal democratic party for the election to the upper house of parliament. A win in which is important for the current Prime Minister of Japan, Fumio Kishida to be able to push key policy decisions through the parliament.

Experts suggest that political violence and incident of gun violence are extremely rare in Japan. Shinzo Abe, who was country’s longest serving Prime Minister held the office in 2006 for a year and subsewquently went on to serve the country for eight more years from 2012 to 2020 before stepping down due to health reasons. He later revealed that he had suffered a relapse of ulcerative colitis, intestinal disease.

Considered a leader of Japanese right, Abe was credited significantly to improve Indo-Japanese relations. Interestingly Nobusuke Kishi, his grandfather was the first Japanese PM to ever visit India. In 2014, PM Modi and Shinzo Abe agreed to upgrade bilateral ties to special strategic and global partnership. Abe was the first Japanese PM to be Chief Guest of the Republic Day parade in India in 2014. Abe is formally credited for the formalization of the QUAD in 2007 after India, US, Japan and Australia came together post 2004 Indian Ocean tsunami. After facing strong protests from China, QUAD fell off track. Only to return to prominence a decade later due to changed geopolitical scenario. Abe’s economic policies are widely known as Abenomics to revive Japan’s economic growth with hyper-easy monetary policy and fiscal spending along with structural reform to cope up with a fast aging shrinking population. A new era of bilateral relations between Japan and China was announced during his tenure. Held in high regard for his deep commitment to diplomacy, economy and national security, he was a strong believer in Japan.

In 2021, Abe was also conferred with Padma Bhushan award by the President of India for being a pioneer of strong relations between the two largest and oldest democracies. We stand with and support our Japanese brothers and sisters. A one day national mourning will be observed as a mark of our reverence.