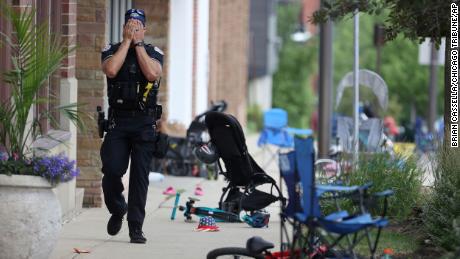 Tragedy struck in Highland Park, Illinois on July 4th when gunfire rang out at a Fourth of July parade in the town. The shooting led to the deaths of seven people, and left over 45 others injured. This comes after a string of shootings across America, with the tragic Uvalde school shooting in Texas taking place only a little over a month ago, and many other shootings taking place on July 4th.

The shooter, Robert E. Crimo III, will now be appearing in court and is being charged with seven counts of murder, and further investigation into Crimo is worrying. He had been in contact with the police two times before, because people feared him and the threat he posed, yet he was able to legally obtain firearms in Illinois. It’s been suspected that he had been planning this attack for weeks, and he had been pulled over shortly after the shooting. Police found more firearms both in his car and his residence.

A tragedy of this caliber is horrifying, especially since it was supposed to be a family friendly community event. The seven dead included two parents, who have now left their two year old son orphaned. The other victims are all between the ages of sixty and ninety.

It’s easy to point out the irony of this situation, seeing as in a celebration of America, a shooting occurred, which unfortunately feels intrinsically American. Graphics have been circling social media about how guns have more rights than people of color and women in America, and now with this tragedy it feels a little too true. Criticisms of the July 4th holiday itself now have a stronger message behind it, seeing as we can’t even celebrate the country without people dying.

It wasn't just Illinois that experienced violence this summer holiday. In New York, Indiana, Missouri, Texas, Virginia, and more, shootings occurred on the fourth. In those shootings, nine people died and many, many more were injured. This is leading to an increase in the demand for stricter gun regulations, as gun violence continues to run rampant in the country.