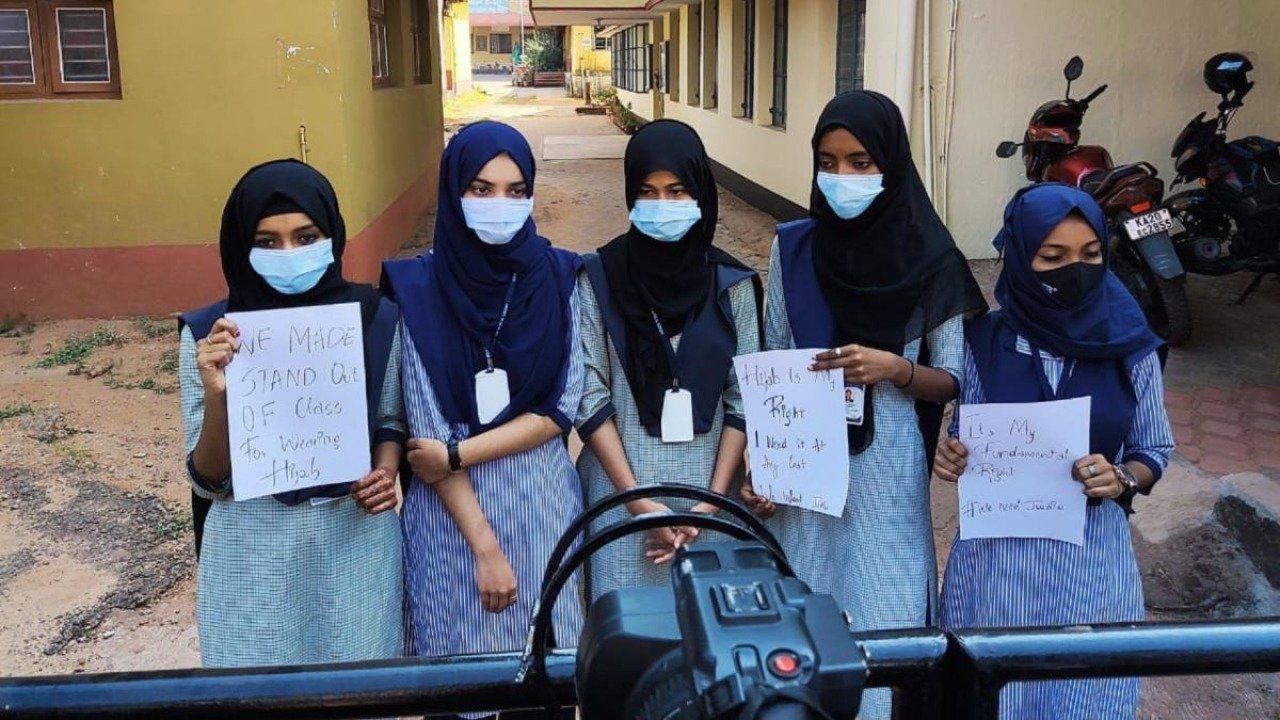 The Hijab controversy and religious issue began last month when a female Muslim student in Karnataka was forbidden from wearing the hijab at schools and universities, causing a Hijab Strike in the state. The state's Hijab Blow has triggered widespread lathi charges as well as student outrage for equality and justice.

The state administration announced the sudden closure of high schools and colleges for the next three days on February 8, 2022, Tuesday, due to the 'hijab' controversy spreading throughout the state.

This dispute has now reached the point where political parties are being tempted to join it. The Bharatiya Janata Party (BJP) and the Congress Party (Congress) are strongly against each other. It has now evolved into a political issue.

In a tweet, Chief Minister Basavaraj Bommai clearly stated, "I appeal to all the students, teachers and management of schools and colleges as well as people of Karnataka to maintain peace and harmony. I have ordered the closure of all high schools and colleges for the next three days. All concerned are requested to cooperate".

Meanwhile, the Karnataka High Court encouraged students and the general public to keep peace and stability. The matter was deferred to Wednesday after a hearing on the petitions filed by various students in the court. T According to a single-judge panel chaired by Justice Krishna S Dixit, the petitions requested the court to declare that they have a "fundamental right to conduct important religious acts, including the wearing of hijab as per Islamic religion, within the school and other campus premises." Justice Dixit urged people to trust the Indian Constitution, stating that the dispute was being fueled by a few irresponsible individuals. He also warned that protests, sloganeering, and students fighting with each other were not accepted.

Based on the current situation, Parliamentary Affairs Minister Pralhad Joshi remarked that everyone should follow the dress code policy, and students should follow the rules and regulations set by the school and college administration. He also stated that it has become a major issue due to the efforts of some politicians and fundamentalists.