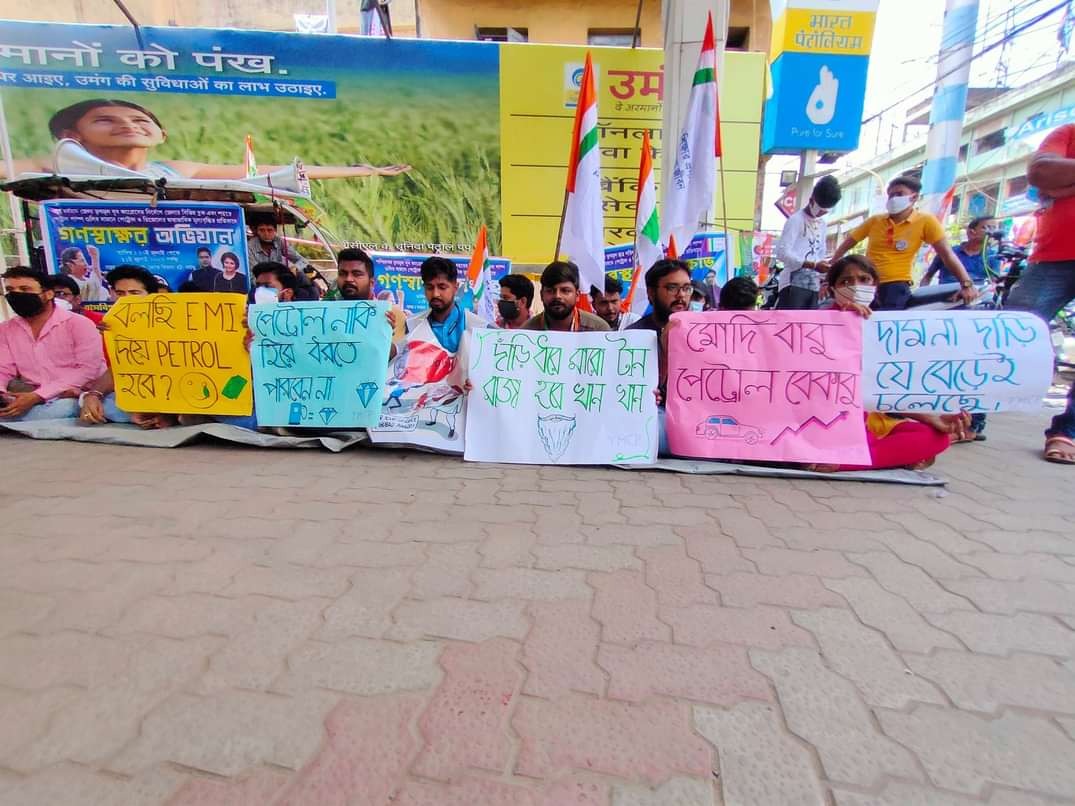 The retail price of crude oils like petrol and diesel is spring high and, so is the price of domestic LPG. Last year in July, the cost of petrol in Kolkata was around 82.08 per litre. Presently, it's over 100 per litre all across the nation. The price of diesel is so high that it can not be discriminated against from petrol by looking at the price chart. In a year, the retail price of diesel in Kolkata rose from 75.62 per litre to 92 per litre, just a few rupees less than petrol. Within 12 months, the cost of domestic LPG increased by around 250 per cylinder.

In this covid-19 situation, the income sources of people have curbed down. In contradiction, the price of fuel is getting high. Public transportation is scarce on the roads, forcing people to use private vehicles. The impact of price hikes can be seen in the price of raw items like vegetables and bus fare rates. The common population is facing difficulty in meeting their monthly budgets.

Keeping these problems in mind, the Trinamool Congress (TMC) protested against it across West Bengal on 10th and 11th July. In Purba-Burdwan, the protest was led by the President of Yuva Trinamool Congress, Rash Bihari Halder across all the petrol pumps in the district. A silent protest was organized at the Curzon Gate of Burdwan Town.

Along with silent protest in all 11 petrol pumps of the town, names and contact details of the fuel consumers were noted who demanded lowering the price. The list was further sent to the higher Trinamool Congress Bhavan. Common people supported the protest as the prices were getting out of reach. Maintaining covid-19 protocols, only 50 protestors were allowed not to stay. Masks and hand sanitisers were also provided. Sarcastic slogan posters like-" Is EMI available for petrol? ", "Is it price or beard that it's constantly increasing? "were used as a tool for the silent protest.

One of the protestors said, "The tax imposed by the Central Government is almost near to double that the tax taken by the State Government.". He continued, "Since the UPA Government, the State tax hasn't increased much, but after the NDA Government came to power, the Central tax kept increasing".

The price of crude oil has decreased by 28% ($30.15) per barrel since 2014. But due to the high taxes imposed by the BJP government, the price of petroleum products increased. These regular price hikes can cause inflation in the economy to keep inflation under control. The Reserve Bank of India governor Shaktikanta Das in February advised the government to cut down on taxes.

A price hike is a preventive measure taken to protect the public sector oil marketing companies from making losses, said the UPA government in their defence. Dharmendra Pradhan, the Petroleum Minister, stated that several welfare programs are supported by the revenue collected on fuel taxes. During the first ten months of the fiscal year 2020-21, the government has collected around 3 lakh crores from the central excise duty on petrol and diesel, stated by Anurag Thakur, Minister of State for Finance.