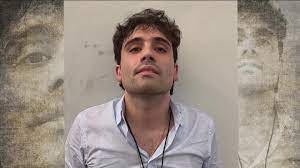 In Mexico, tensions have risen as the son of El Chapo, The Mouse, was arrested on Wednesday. The Cartel has escalated its attacks in Sinaloa and other areas of Mexico, although within Sinaloa is where the attacks have been heaviest. The arrest of El Chapo in 2014 made worldwide news as the joint US and Mexico special operations led to one of the most significant arrests in decades. Like father, like son, Ovidio Guzman was arrested in Sinaloa state near Mazatlan, Mexico, during an operation that lasted for years before the arrest. The Mouse had been arrested before but his extradition was halted in 2019 due to Cartel pressures in Culiacan, wherein Cartel forces had overwhelmed presidential security in his home and forced the release of The Mouse, Ovidio Guzman.

The Cartel has escalated its attacks on Sinaloa state and finds multiple members of the Cartel throughout Mexico converging on Sinaloa and Mazatlan to try and provoke the Mexican government into freeing Guzman. This article will go over the information about what is happening in Mexico and the violent gang attacks throughout the country.

The Mouse is the oldest son of drug lord El Chapo and has taken control of the Sinaloa Cartel. The Cartel has control over what is known as The Sinaloa Corridor.

The Corridor has been a massive opium producer for years but has recently started creating fentanyl, a highly potent synthetic opioid that can be cut into nearly all drugs. Fentanyl gives the user unexpected or expected effects related to happiness, dizziness, depression, and many other emotional results. Moreover, it also has the potential to kill and is almost undetectable in many drugs. A massive spike in fentanyl death has been reported in the United States. Although many effects, such as touching or ingestion in small doses, will not harm or kill, many police officers spread this wave of crime regarding fentanyl. Fentanyl is a deadly drug but takes a lot to kill or maim and can be touched and made contact with the skin without completely incapacitating someone, unlike what many believe.

The previous drug they used to make within the Sinaloa was Opium which has declined in use within the United States; during 2020, the number of users of Heroin over the age of 12 was 0.3%, according to the 2020 National Survey on Drug Use and Health. Opium has seen a decline in consumption; therefore, the Sinaloa Cartel, amongst other Cartels, have switched production to other drugs, like Fentanyl. As of 2020, Fetynal has caused 56,516 overdose deaths in the United States alone, according to the National Institute on Drug Abuse.

The arrest of the drug lord The Mouse has the United States and Mexico hopeful that this will cause infighting within the Sinaloa Cartel and cause fractures that will lead to the ultimate wipeout of one of the biggest, if not the biggest, Cartels in the world. This arrest will considerably blow the War on Drugs started by President Nixon in 1971. Although this might sound a bit optimistic, many have been quoted doubting the fall of the Sinaloa Cartel, like Angélica Durán-Martínez, an Associate Professor at the University of Massachusettes-Lowell. She said, "I think we may see some instability in the short term.

The organization is, I think, a little bit more unstable internally than it was in the past,...whether that will lead to the dismantlement of the Sinaloa cartel or of criminal organizations in Sinaloa, I think the answer is no.” From my personal experience within Sinaloa just last week, everything seemed fine, but the energy felt off sometimes; the Canadians and Mexicans staying with us in our area were worried about getting home and back to the airport, and so on. The Canadian government has advised Canadians and other foreigners to stay inside, shelter in place, or keep their comings and goings to a minimum until the violence subsides or slows enough to leave the country safely.

The Mexican government has reported 19 suspected members of the Cartel have been killed along with en military personnel. The Cartel has halted all transportation in and out of Sinaloa and put pressure on the state capitol, Culiacán, to free the son of El Chapo. The staff of Playa Escondida was requested to get rides from Canadians or Americans who drove down there and had to brave the drive around Sinaloa to drop staff and other personnel off. The fears of Americans, Canadians, and local Mexicans have heightened the hope that the violence will subside soon, so people can leave and fly out of the country to return home. They want to go back to their daily lives and return to work.