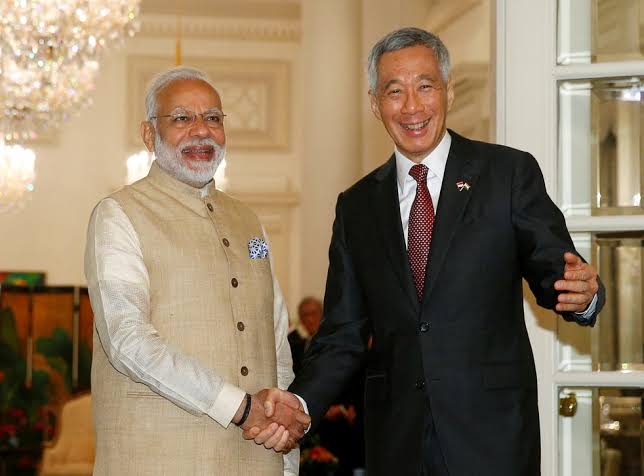 On Thursday, Feb 17, government officials at the Indian Ministry of External Affairs (MEA) summoned Singapore’s High Commissioner to India, Simon Wong, to express their disapproval of the comments by his government’s Head, PM Lee Hsien Loong terming them “uncalled for” and “unacceptable”. The government officials also said that while the PM was free to discuss what he wants in the Singapore parliament, “they cannot comment on India and its democracy”.

On Tuesday, Feb 15, PM Loong delivered a speech in Singapore’s Parliament which was deliberating upon a report by the Committee of Privileges, which was looking into charges of lying by members of the Opposition party, the Workers’ Party. In that speech, Mr. Loong gave examples of the decline in political probity amongst elected politicians in India and Israel today, even referring to the U.K.’s “partygate” scandal during the COVID-19 pandemic. He also invoked India's first PM Jawaharlal Nehru saying that leaders like him and Israel's David Ben-Gurion were individuals of great courage, immense culture and outstanding ability who came through the crucible of fire and fought for their country’s independence.

While most countries are established on and begin with high ideals and good beliefs, he claims that things progressively shift through decades and generations, beyond the founding leaders and the pioneers in general.

He also stated that these founding leaders, who had immense personal prestige, worked hard to meet the lofty aspirations of their peoples in order to construct a brave new world and a new future for their peoples and countries. However, the initial fervor fades over time, and subsequent generations struggle to maintain the energy and desire.

However, the point of contention was his comments on India’s current scenario that didn’t sit well with the Indian Government. Further in his speech, he said that Nehru’s India today has almost half the MPs in the Lok Sabha with serious criminal charges pending against them, including charges of rape and murder, according to media reports. But, he conceded that many of these allegations are politically motivated. He cautioned Singapore against going down the same road.

His speech was in the context of his findings of the report that led to Parliament penalising three leaders of the Workers’ Party, including MP Raeesah Khan, the youngest Singapore MP, who had been found guilty of lying in Parliament. She was fined about $26,000 USD. Votes were also in favour of initiating possible criminal proceedings against Workers’ Party chairperson Pritam Singh and vice-chair Faisal Manap for being complicit.

India's main opposition party, the Indian National Congress, the party to which Jawaharlal Nehru belonged, tweeted that while Pandit Nehru’s magnanimity continued to inspire world leaders even to the present day, it pitied the ones at home (India) who fail to have the vision to understand the exceptional leader that he (Nehru) was.

Senior party leader and former Union minister Jairam Ramesh shared a short video clip of Lee Hsien Loong’s speech on his Twitter handle. He attacked the Indian PM, saying that whereas Singapore's PM mentioned Nehru during a parliamentary discussion to demonstrate how democracy should function, India's PM denigrated Nehru all the time inside and outside Parliament.

Another senior Congress leader and former chief minister of Madhya Pradesh, Digvijaya Singh, tweeted that this was the difference between Lee Hsien Loong and Narendra Modi. He claimed that while Lee was driving Singapore to new heights of progress, Modi was tricking the public with false promises, and that no matter how hard Modi tries, Pt. Nehru will remain eternal as the architect of modern India.