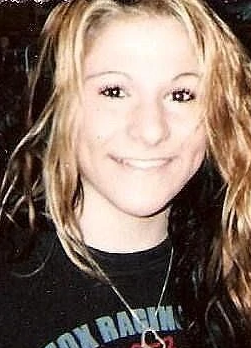 Unsolved is a ‘Netflix' series that gives unsolved cases a second chance. In this particularly odd case, it outlined every possible outcome.

Lena Chapin was reported missing in 2006 in Dent County, Missouri. She was due to testify about the events that took place on May 11, 1999. Lena witnessed what happened to her stepdad, 'Gary'. In addition to several relationships, Lena's mother, Sandra, had been married to a man named Albert for many years. What made Gary unique was that he was Albert’s brother.

After Sandra started seeing Gary behind Alberts's back, she moved with Gary, and he helped raise Sandra's six daughters, including Lena. While Sandra was with Gary, she began seeing another man named Kris. Gary went missing on May 11, 1999; nobody knew what had happened to him.

In 2003, Lena made a confession that will forever hold the truth about what happened. She confessed to Albert, who had a bond with all six children.

Albert started recording Lena, who said, "He was sitting on the couch, eating scrambled eggs. She walked out and shot him three times in the head. Two, maybe three times, and she couldn’t hack it until we got home. And she wrapped him up with plastic stuff and hay strings… she dragged him to the bedroom. She locked the door, and we got home. Mom made me stay in the bedroom. She didn’t want me to see him. But I’d already seen him. Because I looked through the door. I didn’t believe it, and I wanted to see".

Albert tried his best to uncover the truth, but it remained a mystery. Even with Lena's confession recording, there was a loose end. As the years passed, Lena continued to do well and had a baby. However, in 2006, she suddenly disappeared.

One of her sisters who had spent time with her knew Lena wouldn't leave her baby behind, and she knew she was engaged and getting somewhere in life. Sandra tried to convince her five daughters and Lena's partner, Jason, that Lena had moved to Florida with someone else.

As soon as Sandra filed for custody of Lena's child, Lena's other sister said, "She knew her mother did something".

Sandra is still living her life without being convicted of any wrongdoing against Gary or Lena.

You can find more information at https://unsolved.com