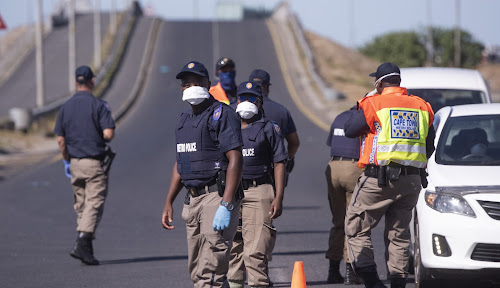 In a bid to draw awareness to the ever-growing issue of road accidents, South African Transport Minister Fikile Mbalula is readying a myriad of interventions aimed at improving the number of casualties on South African roads. Strikingly, during last year's festive season, the Department of Transport recorded an alarming sum of 34 major accidents which accounted for the loss of 223 lives.

The Transport Minister went on to outline the preventative measures that are to be undertaken by his department. These include: a) Speed reduction  b) Seatbelt and restrain compliance  c) Drunk driving  d) Pedestrian safety and  e) Patrolling identified dangerous roads. With the introduction of these interventions, the Department of Transport is projecting a 25% reduction in road-related fatalities.

However, the biggest catalyst for road accidents is drunk driving. In a country that is synonymous with alcohol abuse, it comes as no surprise that alcohol is a major contributing factor in the increased number of road accidents during the festive season. A study published in the South African Journal of Science showed the positive results of imposing zero-tolerance laws concerning alcohol. Globally, this has seen significant reductions in road accidents because of adopting similar regulations.

South African law states that a driver may be allowed to have a blood alcohol consumption level of between 0.00 to 0.05 per ml. However, many people are lobbying for a change in the law to have blood alcohol consumption levels reduced, given the issue of road collision rates in the country. The data showed that in the US and Australia, where zero-tolerance laws are being practiced and implemented, there has been a reduction of between 9-24% for fatal crashes and a 4-17% for a combination of all road-related crashes.

Whether South Africa chooses to implement a zero-tolerance policy in its legislation remains to be seen. However, with the festive season looming, the Department of Transports mandate remains ever clear and that is to curb the high number of road fatalities.