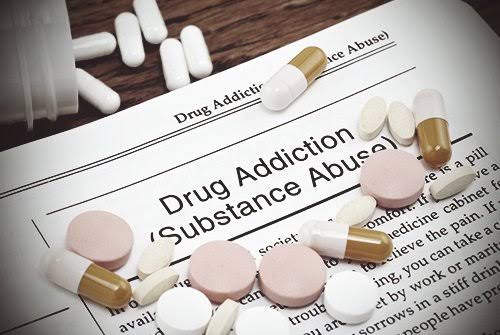 The latest report published by the Global State of Harm Reduction (an organisation that tracks drug-related health harms around the world), cited South Africa as one of the largest markets in the world for methamphetamine. A country historically renowned one of the biggest producers of meth, over the years the growth of international drug syndicates from South Asia and Nigeria that are importing meth and heroin at cut-rate prices, has meant South Africa turn from producers to one of the largest consumers of meth.

The increase in drug use highlights how dire the socioeconomic landscape in South Africa has become. The South African National Council on Alcoholism and Drug Dependence (Sanca), which deals in the prevention and treatment of alcohol and drug dependence, has reiterated the growing drug problem. In the past number of years, the Sanca has had a significant shift in its patient intake, where most of its numbers were made up of people admitted for alcohol and cannabis dependency. They were previously helping more patients who were addicted to crystal meth as opposed to alcohol. Thus, the major issue facing drug abuse in South Africa is legislation. Drug laws in South Africa have been slow to change and this has had a telling effect seen by the growing number of drug users, especially in rural communities. To successfully intervene in curbing substance abuse, South Africa needs to revise its aggressive stance regarding drugs. This can be done by alternately turning to a system that favours a harm reduction approach.

Harm reduction is a strategy that is aimed at lessening the negative impact of using drugs, and this begins at a fundamental level. One of the countries that had success in implementing a harm reduction approach was Portugal, a testament to this strategy. In 2001 Portugal had the highest number of heroin users in Europe; the problem so severe that one in every 100 Portuguese was addicted to heroin. As such, to lower drug use Portugal became the first country to decriminalise the possession and use of illegal substances. Instead of being arrested for possession or using drugs, people had to either pay a fine or were sent to a local commission where they were advised on the impact of drug use by a doctor, lawyer, and counsellor. The commission also helped in educating the public about the reduction and harm treatment. The decriminalisation of illicit drugs was not a happenstance, but rather a reflection of a cultural shift around the subject of addiction and drug use.

That being said, drug use and addiction did not go away in Portugal after it decriminalised drugs. However, it had a positive effect as drug use and addiction numbers plateaued, and did not continue to rise. There was also a significant drop in drug-related deaths and incarcerations, which hence relieved courtrooms and hospitals.

With drug use on the up in South Africa, the country must take proactive steps in dealing with the problem, instead of reactionary ones. Although harm reduction may have been successful in Portugal, it does not mean it will work in South Africa. However, it does highlight the need for legislative change as current laws have had only detrimental effects.