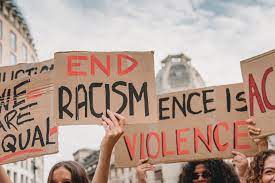 In this article we will be discussing the arrest of a South African woman, Belinda Magor, who has been recently arrested.

This follows after a  voice note went around on the Friday, in which Ms. Magor called for black people to be banned instead of the Pitbull Terrier ban that has been trending.

Gauteng Premier, Panyaza Lesufi, has confirmed the arrest of Belinda Magor on Twitter.

Ms Belinda Magor had unleashed a vicious racial attack on social media when she sent a voice note on a Whatsapp group, claiming horrific racial slurs, where she called for “all black men to be killed and banned” instead of Pitbulls. Moreover Magor’s remarks come amid a highly charged public debate over the banning of  Pitbulls in South Africa in regards to a recent spate of attacks on children, etc.

The 60-year-old Belinda Magor has been arrested and charged with crimen injuria for her hate speech and defamation. Former magistrate and advocate Deon Pool spoke to Lester Kiewit about the lcase's legal marits: “Defamation is a civil claim you would institute if someone insults you in public", "Crime injuria is the criminal part of defamation and the intentional, unlawful act which affects the dignity of another person. So the definition, out of our common law discourse, is that it must be aimed at a certain person or individual.”

This incident is once again a wake-up call regarding racism in South Africa and how it should not go unchecked and The South African Human Rights Commission is currently investigating this incident.

Social media has also created a space for racial discourse to proliferate.

In the Whatsapp age, viral images and voice notes travel at lightning speed and those who forward racist messages do not think of the consequences. Pool stressed that under the Cybercrimes Bill, anyone who distributes a racist or insulting comment can be held liable.

This is a new piece of legislation that hasn't been tested yet.

"The moment you as the author send a [malicious] message, you have contravened the act. Any person who sends it on may be in contravention of the act. And any kind of social platform that has an administrator will also get into trouble. The defenses that are raised are very limited." Says Deon Pool. MS Magor is scheduled to appear in court in March next year.