Spanish Abattoirs to Install Video Surveillance to Ensure Animal Welfare. Can It be Effective in Preventing Animal Cruelty? 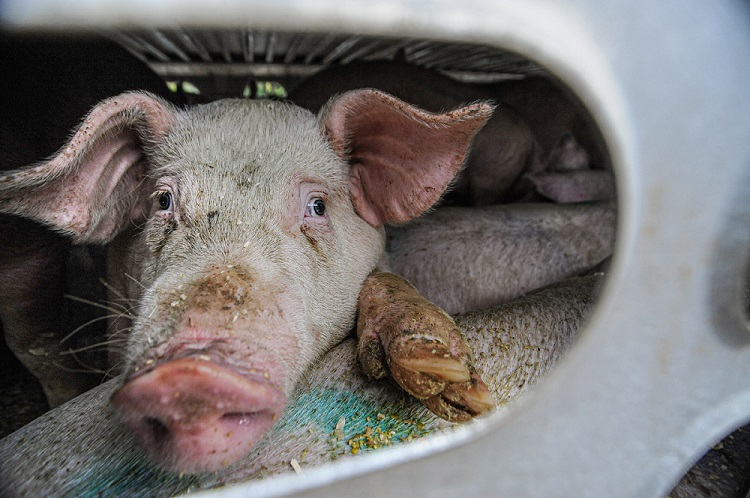 Spain is the first country with the EU to enforce video surveillance in abattoirs to confirm animal welfare and safety standards are being upheld. Is it a step in the right direction?

On the 23rd of August 2022, the Spanish government announced that slaughterhouses must install video surveillance to ensure no animal cruelty is taking place. While this measure is already implemented in England, Israel, and Scotland, Spain will be the first one within the EU to implement the measure.

“This rule puts Spain at the forefront of Europe in this area and, as well as ensuring the welfare of animals during their passage through abattoirs, it also improves food safety guarantees for consumers,” Consumer Affairs Minister Alberto Garzón explained.

Approved at the cabinet meeting that took place on Tuesday, August 23rd, the new standard had already been agreed upon with the industry and is expected to move through parliament swiftly for approval. The period of adjustment will depend on the resources and scale of the operations, and the ministry declared that large abattoirs will have a year to execute the new measure, while smaller operations will be granted two years.

While described as “a necessary and important first step to raise animal welfare standards in abattoirs” by Guillermo Moreno, executive director of Equalia, the Madrid-based animal protection organization that lobbied for the reform, the measure’s success will depend on effective implementation and follow-up.

Video surveillance at slaughterhouses is also a topic of debate in the United States. The nation that birthed the Ag-Gag laws (a law seeking to “gag” activists fighting to record abuses in animal agriculture), has some powerful voices speaking up for video surveillance as an effective measure but also points to its limitations. Paul Shapiro, the vice president of farm animal protection at the Humane Society of the United States said that “when the possibility of mandatory video surveillance in US plants has come up, we've said it would be a useful supplemental tool, but is not a panacea—because awful abuse could easily occur just beyond the camera's limited lens and the use of such surveillance could provide a false sense of security to the public, media, etc. that slaughter problems are being prevented. Video surveillance should be in addition to, but not replace, real-time inspections by actual inspectors”.

Janet M. Riley, senior vice president of public affairs at the North American Meat Institute, furthers the point by stating that “cameras can be helpful, but they're no substitute for someone really being there to assess. Sometimes, when we do try to look at what happened with an incident, it can be tough to tell what's going on.”

But even with both inspections and surveillance in place, it doesn’t always guarantee safety and welfare. Surveillance cameras had already become mandatory in England in 2018, but investigations still reveal cases of animal abuse that were not otherwise reported or dealt with.

A 2-month investigation in 2021 at a government-approved slaughterhouse revealed illegal practices. Piglets were being scalded in hot water tanks and cows were being beaten with electric prods. Alick Simmons, former Deputy Chief Veterinary Officer for the UK government, stated that “there are a number of instances where apparent breaches of the law are shown: incorrect use of electric goads, cattle repeatedly struck with a stick – one appears to be pointed, and the law prohibits the use of pointed sticks – a sheep dragged by the horns, severely lame cattle, and one severely lame pig being presented for slaughter.”

It was further reported that the surveillance system had little impact and “animals are being abused in slaughterhouses in front of CCTV cameras, but no action is being taken because the video is not being checked.” This indicates that more than just measures, the infrastructure to enforce them is equally important.

Will Equine Speciesism Finally Be a Thing of The Past? The Increased Recognition of Animal Sentience Says It Should Be