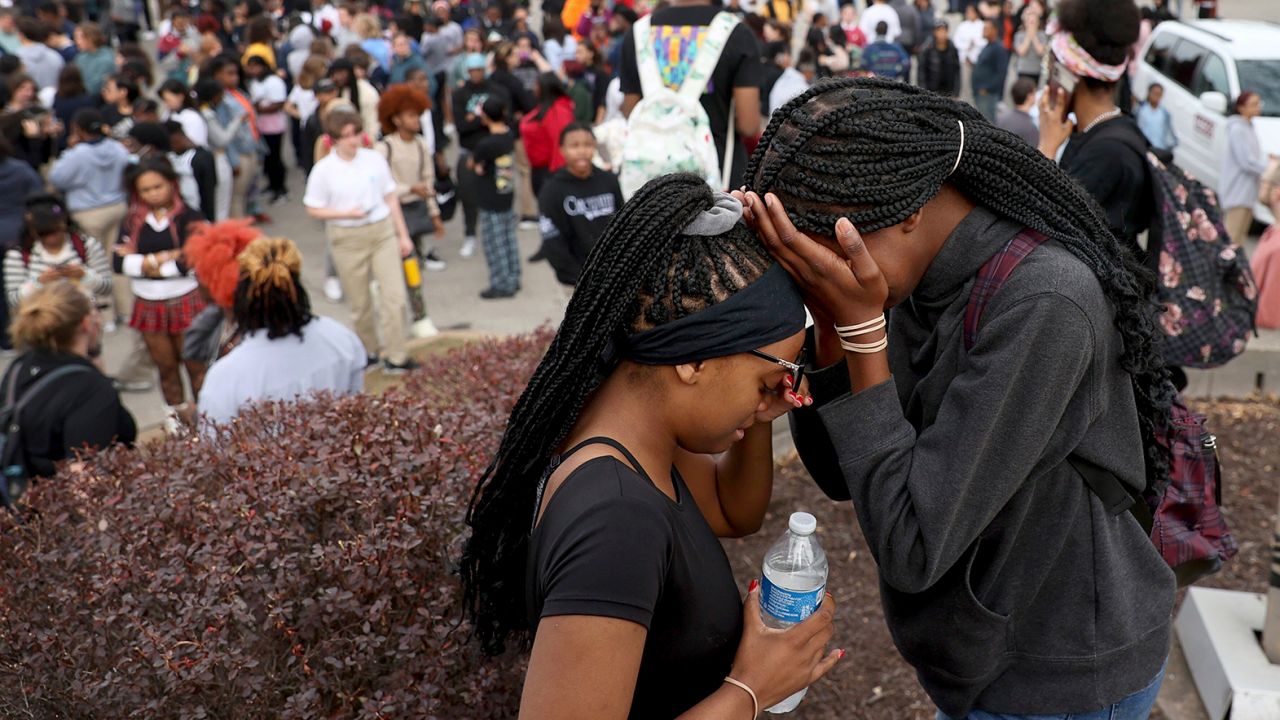 The suspect was identified as 19-year-old Orlando Harris who graduated from the high school in 2021 and showed no record of previous criminal history.

The gunman, Harris, exchanged gunfire with police and was later sent to the hospital where he died.

Harris was armed with an AR-15 style rifle and over 600 rounds of ammunition,

specifically seven magazines of ammunition on his chest rig and 8 magazines in his bag, according to authorities.

"This doesn't include the number of magazines that he left dumped on the stairway in the corridors along the way,” St. Louis Police Commissioner Michael Sack said at a news conference Tuesday.

Sources say there was a handwritten note in the car of the gunman revealing details about his intended mass shooting.

The school and authorities credited that there were seven security officers on the property Monday morning and that all doors were locked.

A call was made about the active shooter and mobile officers were quick to respond.

The school district has identified the two victims as beloved student and teacher. 15-year-old Alexandria Bell and 61-year-old Jean Kuczka were caught in the crossfire of this attack.

Kuczka’s daughter told CNN her mother was looking forward to her retirement in just a few years.

As for Alexandria, her father, Andre Bell, who spoke with a CNN affiliate KSDK, said his daughter was looking forward to her upcoming sweet 16.

"We need additional action to stop the scourge of gun violence," she says.

"Every day that the Senate fails to send assault weapons ban to the president's desk, or waits to take further  actions, as days passes by it is too late for families and communities impacted by gun violence."