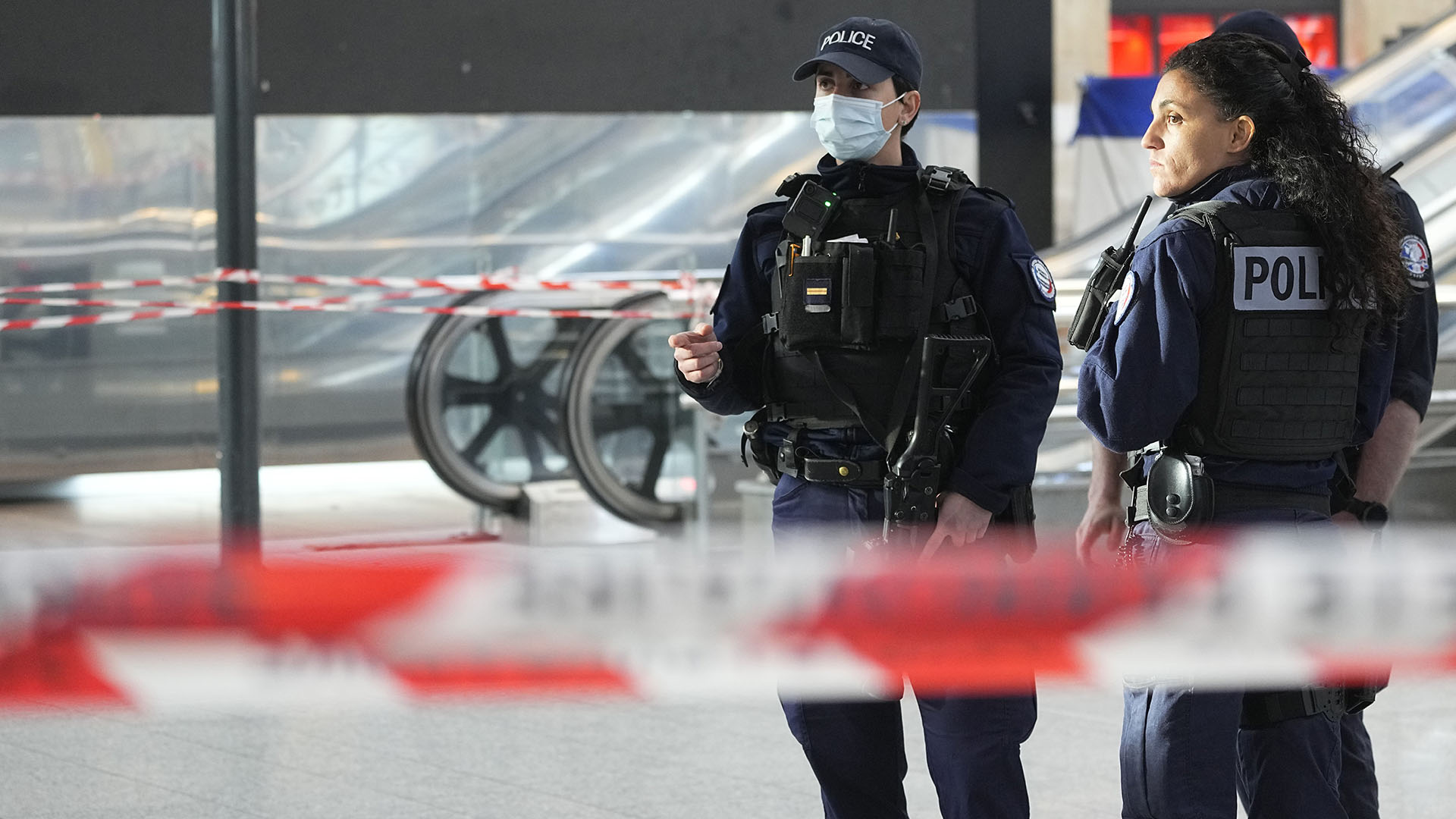 The suspected attacker was shot three times by the police and taken to the hospital with serious injuries. Authorities are working to establish if there was a motive for the attack. Within one minute, all six people were injured and the police stopped the attacker.

The attack took place during morning rush hour around 6:43 AM. Gerald Darmanin, the French interior minister praised the intervention of the police in preventing fatalities. The attacker used a “bladed weapon” injuring several people, one of which was a police officer. The police officer was stabbed in the back by the attacker and fortunately saved by a bulletproof vest. The attacker hit the first victim about 20 times according to the Public Prosecutor. Five of the victims sustained light injuries, while one was in critical condition after being stabbed in the shoulder blade and taken for emergency treatment, according to French Media. The injured individuals include two male passengers aged 36 and 41, three female passengers aged 40, 47, and 3, and the police officer aged 46, who is part of the border police at the Gare du Nord.

Police have yet to identify the suspect brought down and taken to the hospital carrying no identity documents. Criminal investigators have stepped in and have taken control of the case now, rather than the police, Mr. Darmanin said.

The attack caused significant delays in Paris Gare du Nord train station, one of Europe's busiest international railway stations. The police blocked off the train station with large white curtains where the scene of the attack took place. The blocked-off perimeter was blocking access to several train platforms. It was not until several hours after the attack that access to the Eurostar terminal was re-opened.

After several years of tension around terror attacks in Paris, the residents have begun to relax. The train station attack is currently not being investigated as terror-related by French authorities, although this is the second in two months. The first incident occurred in December of 2022 when a man shot and killed three Kurdish activists in the North of Paris with racial motivation.

The specific motive of the attacker remains unclear while the French National Anti-Terrorism Prosecutor’s Office continues to evaluate the facts about the attack. Because the suspected attacker was injured and taken to the hospital to undergo surgery, this may prolong the time it takes to evaluate the case. Residents in France remain worried following the stabbing attack due to the several years of tension around terror attacks in Paris.