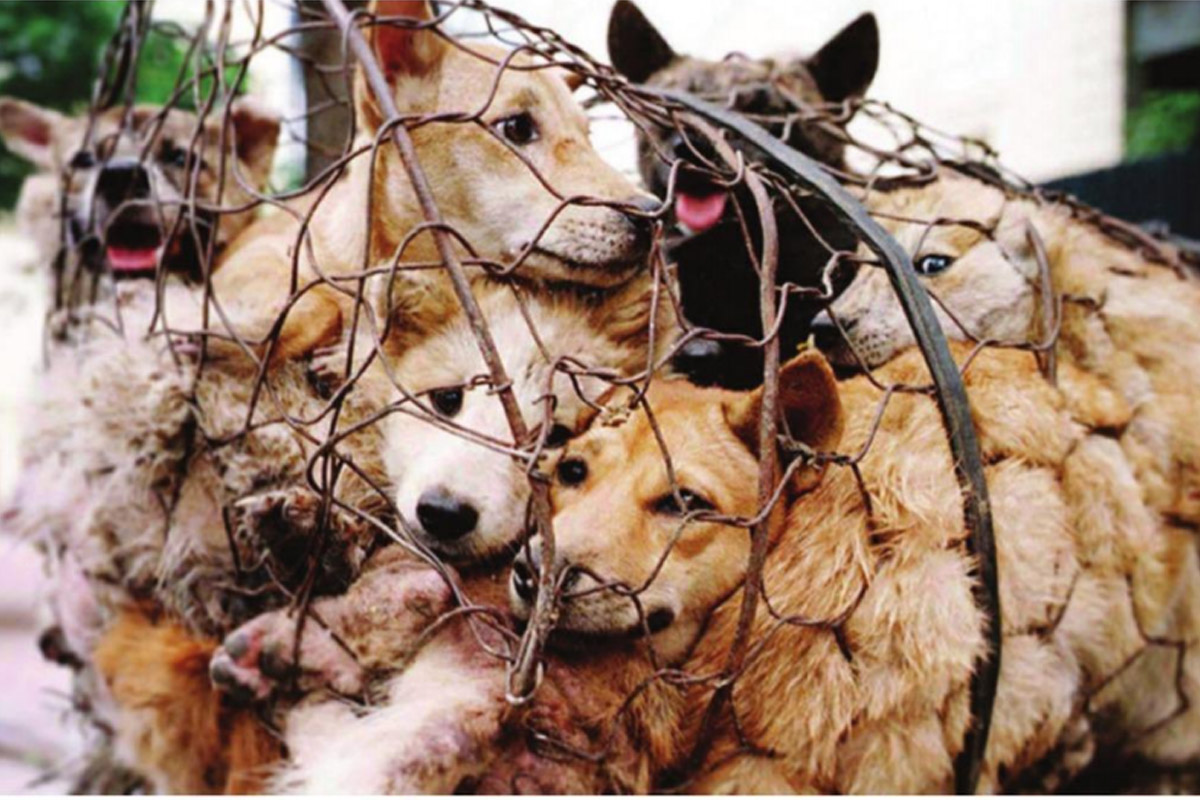 When I remark that Mother Earth belongs to all living species, I feel compelled to point out that it also belongs to animals. We all have the same right to live, build homes, prosper, and thrive. Human beings have been given the power to build a civilization by God's grace. Man has been blessed with bright, curious, and well-functioning minds, as a result of which humanity has progressed so far. Have people forgotten, however, that animals have a claim to this land as well? We were created to live in harmony.

Recently, there has been a surge in reports of heinous cruelty to animals. While the country claims to be a haven for ahimsa and compassion for all living things, the reality is quite different. Over 5 lakh incidences of 'animal abuse' have been reported in India in the last ten years. The Prevention of Cruelty to Animals Act (1960), has never been revised, despite a lengthy history of significant incidents. The act still asks the perpetrator to pay merely Rs.50 for murdering and torturing an animal! While watching a documentary, I came across a situation in which a resident threw a dog from the 8th floor of a building because the dog was making sounds. The neighbor grabbed the dog and hurled him out of the building because he was irritated. When the owners went to the police station, they were told to leave the perpetrator alone because it was just a dog! The perpetrator was ordered to feed 100 dogs, but no FIR was filed. The owners were devastated but had to fall under the pressure of cops.

Stories like this frequently surface in the media or on social media. Smartphone cameras, which have enabled citizen vigilance, are guaranteed to produce frightening or heartbreaking images. A screwdriver was used to rape a dog in Goa. A monkey was hung and beaten to death in Telangana. A street dog in Ludhiana was beaten, tethered to a scooter, and then thrown from a second-story structure. Nursing students poisoned sixteen puppies in Kolkata. A pregnant elephant died in Kerala after consuming fruit spiked with firecrackers. All of these are actual incidents, with the Federation of Indian Animal Protection Organizations and All Creatures Great and small compiling a report titled In Their Own Right: Calling for Parity in Law for Animal Victims of Crimes from approximately 2,400 recorded cases of crimes against animals.

What must we do as citizens to stop this brutal animal cruelty?

Increase in pet –abandonment in lockdown.

The other 'quarantine trend' that exploded alongside sourdough baking and virtual concerts was pandemic to pet adoption. People flocked to pet shops and shelters to find a furry friend to make lockdown less lonely. Individuals were being confined to their houses and often suffering from emotional discomfort, which drew them to the concept of having a pet friend.

For many folks, their cat was their only company, and going for a dog walk was their only opportunity to get outside. However, after the initial thrill wore off, many of these new pet owners discovered they weren't quite ready for a dog or cat after all. 'Buyers' remorse' is generating an influx of pet surrenders at the same animal shelters where the pandemic's peak adoptions were high. "Impulse pet adoptions were already rather common," says Kirti Bhardwaj of Animal Adoption & Care, a Mumbai-based organization of animal lovers and rescuers. "However, it surged during the pandemic." Aditi Nair, one of our animal rights activists, adds that since the outbreak, she has rescued numerous pets who had been abandoned on the streets by their pet parents. She further adds that most of the pets were suffering from diseases and organ failures which made the parents take such drastic steps. According to a recent survey conducted by Mars Petcare, 5 out of 10 pet owners abandoned their pets during the pandemic, either out of fear of spreading the illness or simply because they realized that caring for dogs is not as simple as they believed. Adopting a pet is just as important as child adoption. Animals are live beings with feelings; they are not toys, and they were not made to alleviate your loneliness so that they could be dumped on the streets after your need was met.

Before you adopt a pet, consider whether you are ready to commit for 10 to 14 years? Will you be able to take care of and nourish the pet in the future? Will you be able to train your pet?Making an informed and mature decision is mandatory. Abandoning animals on the street is also an act of cruelty towards animals.

We have always heard dog is a man’s true friend. We have a lot of emotional support animals. A dog is far loyal than a human being. Similarly, other animals too have the right to exist and thrive on this planet. We have already desecrated several forests and trespassed millions of acres of property containing wildlife. At the very least, we can protect their rights and encourage them to live decently. Do not let the "humane" in "humanity" be misunderstood.