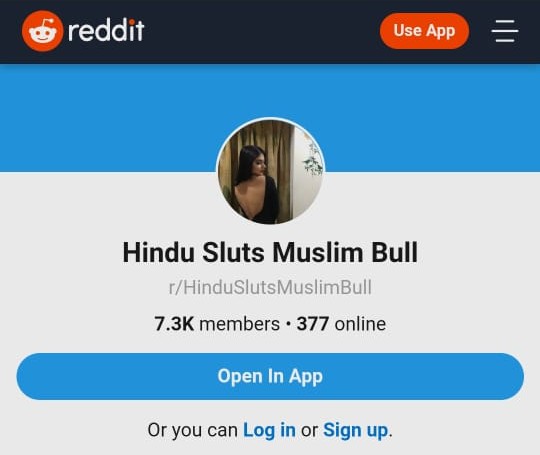 Anshul Saxena, a Twitter user, has shared screenshots of a subReddit page on Twitter, calling upon Delhi Police to take action against the subReddit moderator or moderators.

Anshul Saxena shed light on a Reddit account called r/HinduSlutsMuslimBull/ that has been found leaking sensitive images of Hindu girls and women, while making derogatory remarks about them.

Anshul Saxena has directed complaints regarding this page on Twitter to the Minister of Communications Ashwini Vaishnav on Wednesday.

Earlier this year, similar incidents involving social media accounts happened. Accounts by the name of Bulli Bai and Sully Deals were found sharing sensitive images of Muslim women and a lady journalist while trolling and making derogator remarks about them.

The Delhi and Mumbai Police had soon investigated both accounts and apprehended the moderators.

The subreddit page r/HinduSlutsMuslimBull/ has been found insulting Hindu women while sharing private and sensitive images without their consent on Reddit. Through this page, the moderator has written objectionable things against Hindu girls and women by putting photos of them found on social media.

The total number of members on the page right now is 7365. The moderator or moderators behind the administration of this page are anonymous as of yet. Police is yet to take up the matter and pursue the perpetrators. Many have started reporting the subReddit page to Reddit authorities.

Where Do Students Get Their News?