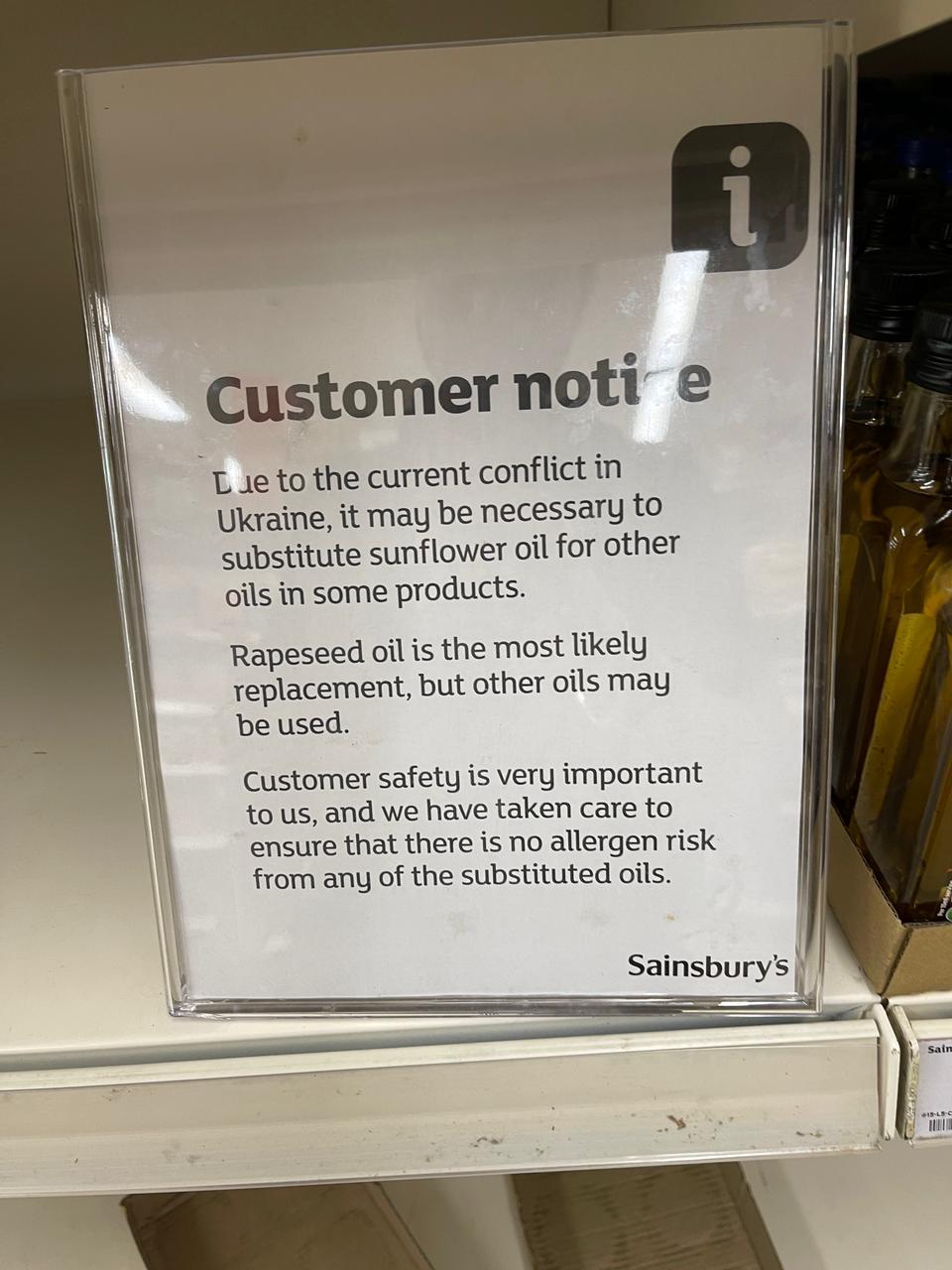 The war in Ukraine has impacted a several grocery’s prices in many countries. Russia and Ukraine were major exports of wheat and basic food. On one side, export was withheld as a form of punishment. On the other side, recent blockage issues in the Black Sea due to Russia’s invasion have hindered the transportation of grain.

A recent study compares the cost of groceries in the UK in April 2021 and April 2022. The Office for National Statistics (ONS) compared the data in an experimental analysis that tracks the prince changes of lowest-cost everyday products in UK supermarkets online platforms. Resulting figures show that in the year to April 2022, prices for some low-cost groceries rose at a considerably quicker rate than overall inflation, compared to last year.

Pasta saw an increase of 50%, meaning that the price was up 17p, vegetable oil was up 14p, and crisps and rice were up 12p. The shortage of sunflower oil was reported initially in March 2022, as a direct consequence of the war; Ukraine and Russia are the major exporters of sunflower oil.

The dramatic increase in pasta and bread prices comes amid concerns that Russia's war in Ukraine would deepen global food insecurity by driving up the cost of wheat and other major agricultural commodities that the two countries traditionally export in large amounts. Russia is the world's greatest wheat exporter, while Ukraine, popularly known as "Europe's bread basket," is the fifth-largest.

However, several products have been affected by the price surge, which does not seem to be directly related to the war. The largest price increase was recorded for beef mince and chicken breast.

As The Guardian reported, the ONS has assembled the experimental data after anti-poverty campaigner Jack Monroe highlighted the risks faced by the poorest households in Britain from much faster increases in the price of budget brand items.

The threat to the lowest income segment of the UK population is at serious risk, as Monroe reports. She uses the recent figures of the ONS studies to support her study from January; she tweeted: “The hikes in the value brands and basics have been much higher than average inflation stats.”

The Ukrainian Orthodox Church Breaks The Bonds With Russia