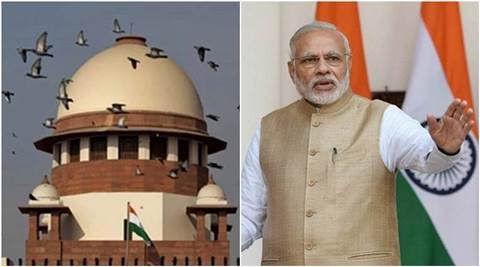 The Supreme Court on Tuesday issued an ultimatum to the Government of India and asked the Centre to stop “beating around the bush" and file some concrete evidence regarding the Pegasus snooping scandal. The Chief Justice of India N.V Ramana reiterated that the Government should stop wasting the court's valuable time and come down to business.

However, the solicitor general of India Tushar Mehta, cited that national security would be at stake if the court keeps on pressing for crucial information pertaining the Israeli spyware. During the nearly-two hour court proceeding, Mr. Mehta tried to stick to the point that the Government does not want to file any new-fangled affidavit, in other words denying any wrongdoing.

The bench of Chief Justice N.V Ramana and Justices Hima Kohli and Surya Kant seemed to have had enough and straight away handed a three-day ultimatum to the Government of India. If the Centre fails to produce any new or concrete report, the fastigium court will form a special investigating team (SIT). The court will supervise a special investigation through the SIT into the alleged Pegasus enabled phishing on journalists, politicians, and judges just to name a few. The Centre will have no control over the probe in any capacity.

During the hearing, Chief Justice NV Ramana asked Mehta “tell me one thing, how is snooping on journalists, security officers, politicians, and activists related to national security? They work for the nation not against it. Just because their views are against your ideology doesn’t make them a national threat". The Centre has very sophisticatedly kept on denying any illegal snooping but, when asked to file appropriate evidence, it emphasizes that national security would be compromised.

“This is unbelievable that the government will say that it will not file the response. It is the bounden duty of the government to tell its citizens the factual position" said Congress leader Kapil Sibal who is also the senior advocate appearing for the petitioners. The group of leaders includes scores of journalist organizations, NGOs, and social activists.

The Pegasus snooping which is now termed as ‘The hacking of Indian Democracy' has created quite an uproar among the citizens. “The world's biggest democracy is being chained down by a fascist leader who will do anything and everything to stay in power,” said a journalist from the News Guild who wished to be unnamed.

The phishing controversy which has made quite a dent in the government's image is nudging the higher-ups of the ruling dispensation who wants to steer clear of the scandal. In a written order by the Chief Justice of India to the solicitor general, the statement read, “The court is not bothered about any shenanigans of national interest. The court deals in truth and demands the truth. We want to know if you have committed the act of snooping into personal/professional lives of people and if yes then we will determine whether it was permissible under any law or not”.

The three-day ultimatum has been welcomed by the petitioners and wants an unbiased and strong probe to take place against the saffron camp. “The centre thinks this too shall pass like every other allegation/corruption pitted against them but I assure the citizens that I will fight and put an end to this," said a tribal rights activist who alleges that her mobile and laptop was a target of the Pegasus spyware.