Supreme Court’s Draft Opinion on Roe v. Wade, Anticipation of Future of US 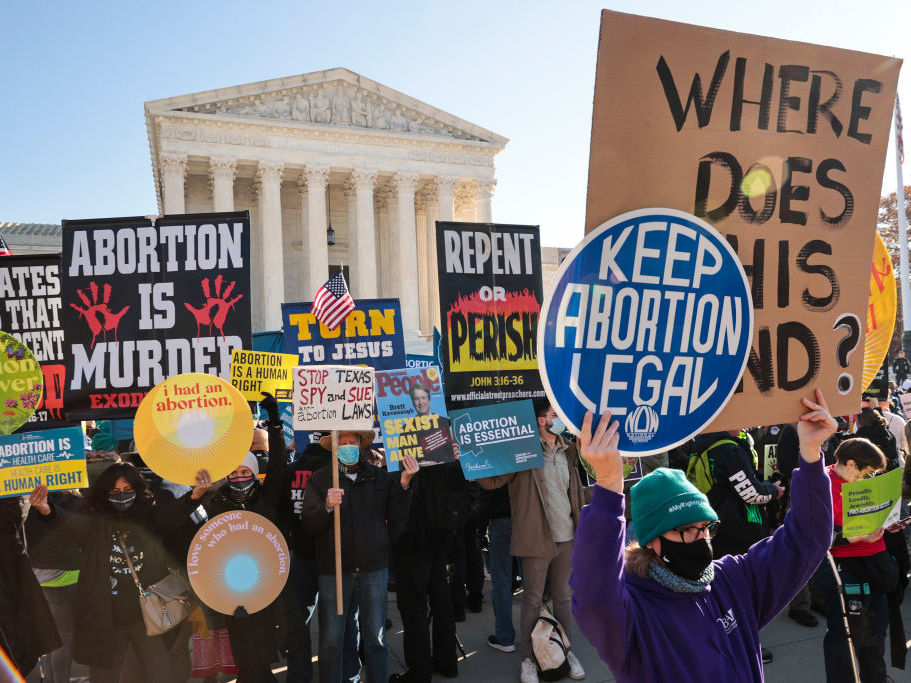 With the United States wrapped in social discourse over the potential changes to women’s reproductive health landscape, the country’s citizens have pivoted their attention to the Supreme Court–awaiting its decision.

Politico, a political journalism company, supposedly obtained a leaked draft of the Court’s majority opinion. In early February, the 98-page draft was written by Justice Samuel Alito. It appeared to announce that the Court would overturn Roe v. Wade’s holding of a federal constitutional right to an abortion.

Labeled the “Opinion of the Court,” Alito wrote, “We hold that Roe and Casey must be overruled. It is time to heed the Constitution and return the issue of abortion to the people’s elected representatives.”

Alito’s mentions of Roe and Casey are directed at the Supreme Court cases that altered the legal landscape on the issue of abortion. Roe v. Wade (1973) struck down a Texas law that prohibited abortions unless they were performed or obtained to save the mother’s life. The Texas ban was deemed unconstitutional because the statute was too vague and overly broad.

It also impinged on the rights reserved to the people under the 9th amendment and the “zone of privacy” in the 14th amendment. The 14th amendment protests the fundamental liberty interests of marriage, family decisions, medical decisions, and bodily autonomy. Thus, according to former Justice Harry Blackmun, “The implied ‘zone of privacy’ first outlined by the Court in Griswold v. Connecticut is broad enough to include a woman’s right to choose to terminate her pregnancy.”

With that being said, each state is also entitled to have interests in protecting the life and health of the mother and the potential energy of the fetus. This is where the concept of the viability of a fetus is created, with viability meaning the fetus has reached a stage of development to be capable of living outside the uterus. Viability was then medically and biologically determined to be about 23 weeks into pregnancy. This creates the idea that after those 23 weeks, a state legislature can choose to deny the mother access to an abortion.

Planned Parenthood v. Casey was the case that addressed the circumstances of women seeking an abortion before the fetus attains viability. The Supreme Court imposed a new standard to determine the validity of laws restricting abortions, including the terms “undue burden” and “substantial obstacle.” This means if a state law imposes an undue burden on access to an abortion, then the law is unconstitutional. Therefore with the current federal law, the legislature cannot foreclose abortion altogether because the government cannot interfere with a woman’s choice to terminate a pregnancy before the viability period. Now, 50 years later, the issue of women’s reproductive health is back on the line.

Dobbs v. Jackson (Women’s Health Organization) (2018) is the ultimate pending case that has the Supreme Court reevaluating Roe and Casey. With Alito’s statement that “Roe was egregiously wrong from the start,” the primary debate now is whether there is a constitutional right to abortion or does the state legislature have the power to override access? In summary, the Court considers the Mississippi state law that would ban abortion from 15 weeks, which is recognized to be well before the viability period.

Alito’s draft opinion states that the Mississippi law of 15 weeks would be acceptable. The authority to regulate these reproductive rights should be returned to the people’s elected representatives rather than occurring at the federal level. Alito also argues that with such a contested issue, it should be decided by “the democratic process”--on a state-by-state basis.

Many people agree with this argument because most state legislature laws govern essential health and safety. As expected, the opposing side argues that this case is different because it deals with the ability to make final decisions over one’s own body (without state or government interference) and that it is highly gendered.

Although the draft opinion is not the official decision, it is wise to understand what transformation the country could undergo if Roe is overturned. If overturned, it does not mean abortion will be illegal in the United States, but it does mean that the states individually could decide their abortion policies. Some states may choose to continue or expand access, while others may choose to enact bans or severe access restrictions.

The Court currently stands with five Republican-appointed justices (Justices Alito, Thomas, Gorsuch, Kavanaugh, and Barrett) voting to overturn Roe and three Democratic-appointed justices (Justices Breyer, Sotomayor, and Kagan) dissenting from Alito's draft opinion. Chief Justice John Roberts’s vote and plan of action remain unclear. Roberts has ordered an investigation into the source of the leak and issued a statement: “To the extent, this betrayal of the confidences of the Court was intended to undermine the integrity of our operations, it will not succeed. The work of the Court will not be affected in any way.”

As crowds of protesters continue to gather outside the White House and fill the streets of this country, Roberts stresses that the draft opinion is not the final decision by the Court or the final position of any member on the issues in the case. The country’s citizens, especially its female citizens, await its final decision in late June to early July.