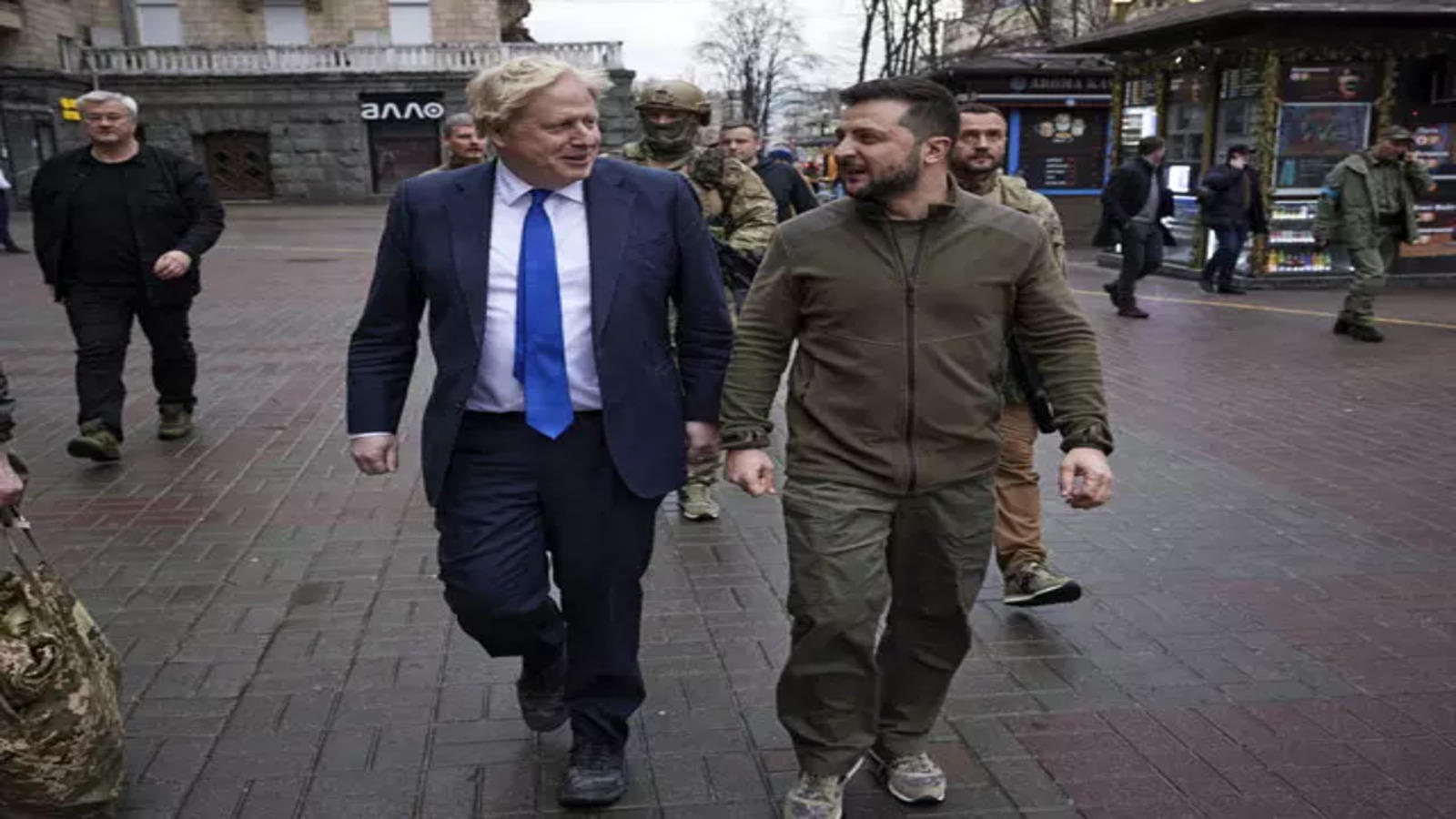 In the midst of Russia and Ukraine's escalating war, UK Prime Minister Boris Johnson talks with Ukraine President Zelenskyy in Kyiv on Saturday, April 9, 2022. They were both seen in the streets of Kyiv, where they were surrounded by snipers and heavily guarded.

The leaders made their way through the city, from Kreshctayk to the Maidan square. According to one of the prime minister's spokespeople, the surprise visit to Ukraine was to provide financial and military assistance.

Johnson's visit occurred the day after he announced $100 million in military equipment, including suicide drones, anti-tank missiles, and other weapons to counter the attacker. The Prime Minister has expressed his support for the Ukrainian administration.

While going through Kyiv's streets, several passers-by were disturbed and said to the PM, "We need you," to which he answered, "We're here to help, and you have an incredible president." Only after Russian soldiers withdrew from the advanced position on March 29, 2022, when the situation had stabilised, was the visit arranged.

On Saturday, Johnson tweeted, "the UK will offer more defensive weaponry and also join with the G7 to hit the Russian economy, ensuring Putin fails."