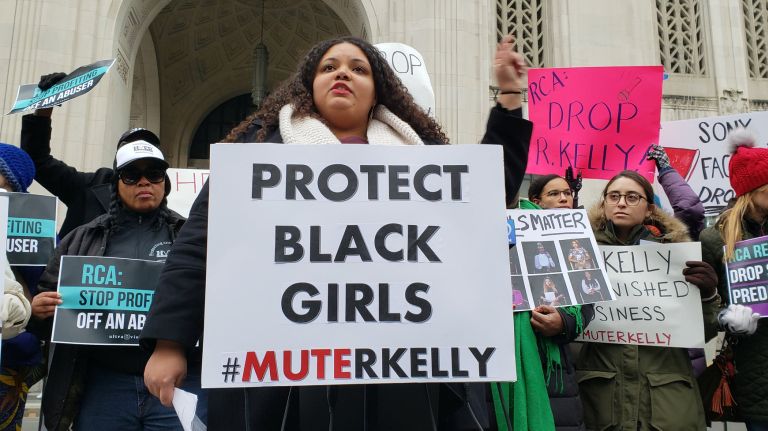 “I’ve been practising law for forty-seven years. I’ve pursued many sexual predators who have committed crimes against women and children,” Gloria Allred starts, peering down at her pre-written notepad.

“Of all the predators that I have pursued, Mr Kelly is the worst”.

On Wednesday, Robert Sylvester Kelly, more commonly known as R&B singer R Kelly, was sentenced to thirty years in prison after pleading guilty to one charge of racketeering and eight charges of sex trafficking, in August of last year. After years of allegations and not-guilty verdicts, US judge, Ann Donnelly spoke of Kelly’s years of criminal exploitation.

“These crimes were calculated and carefully planned, and regularly executed for almost 25 years. You taught them that love is enslavement and violence.”

Following the sentencing, survivors of Kelly spoke of their traumatic experiences with the Ignition singer. To these women, justice had finally been served.

Allegations of sexual abuse had been targeted towards the star since as early as Tiffany Hawkins’ 1996 lawsuit, in which she accused Kelly of forming a sexual relationship with her when she was just fifteen and he was twenty-four after meeting her at Kenwood Academy. After Kelly countersued Hawkins on claims of blackmail, Hawkins settled for $250,000.

In 2001, former Epic Records intern, Tracy Sampson filed a lawsuit against the singer and claimed that he induced her into a sexual relationship when she was seventeen. Sampson attests that Kelly treated her as his “personal sex object”, continuing that “he often tried to control every aspect of [her] life”. Sampson’s case was settled outside of court for an undisclosed sum.

The article alleged that the women who lived with R Kelly had to ask permission to leave their rooms in his guest house, which was heavily patrolled by security. Kelly would also confiscate their phones to disable them from contacting anyone not pre-approved. McGee spoke on Kelly’s outward media persona in comparison to his temperament away from stardom.

“R. Kelly is the sweetest person you will ever want to meet, but Robert is the devil.”

Perhaps Kelly’s most infamous and controversial scandal to date was his 1994 marriage to the late fifteen-year-old R&B singer, Aaliyah Haughton. Then twenty-seven, Kelly wed Haughton in a secret ceremony after fears that he had impregnated the minor. The wedding was officiated with forged documents stating that Haughton was eighteen. A former tour manager of Kelly’s testified at his trial to say that he bribed a government worker into acquiring a fake identification for Haughton so the two could be wed ‘legally’.

Fast forward to June 29 2022, Kelly was made to face consequential justice for his years of sexual abuse and scheming. Survivors of Kelly spoke out throughout the trial and engaged with media outlets after the sentencing.

“You made me do things that broke my spirit. I literally wished I would die because of how low you made me feel," the survivor spoke of her trauma, "Do you remember that?".

Survivor and advocate, Lizette Martinez spoke of the impact their three-year relationship had on her.

"I am now forty-five, a mother, and I struggle with mental health. Robert, you destroyed so many people's lives."

She continued, "I wanted to just live a normal life and try to heal, but it could take me a lifetime to heal. Just because he's sentenced doesn't mean it goes away for us."