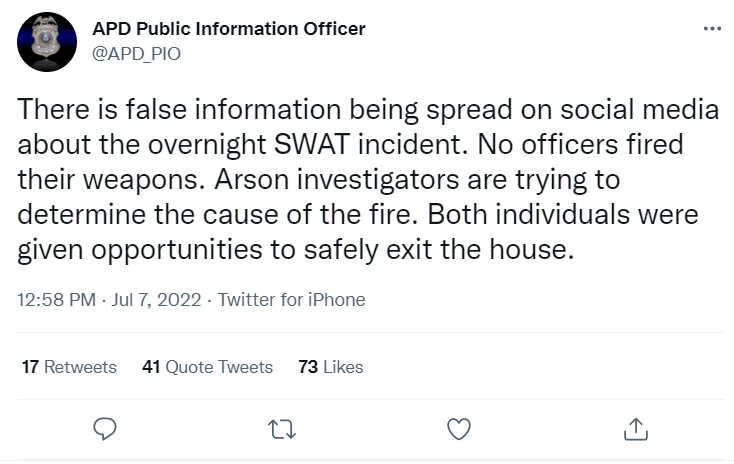 In Albuquerque, New Mexico, a SWAT standoff went wrong when it ended with a house fire and a dead 15-year-old on site. So, let us investigate the cause and preceding events that lead to this tragedy.

In southwest Albuquerque, the police tracked down Qiaunt Kelley, who had a felony warrant out for his arrest. The police tracked him down to a residence at around 10pm, then proceeded to come into conflict with the suspect and a teenage boy. This altercation turned into a standoff that lasted through the night and well into the next day, with the suspect still refusing to cooperate. However, the whole situation began to shift from a standoff to a rescue mission when the SWAT team noticed smoke coming from the building. Just as the flames started to engulf the entire structure, the suspect came out of the home and tried to use a fire extinguisher.

Firefighters rushed to the scene and began putting out the fire, but this was well after most of the building was engulfed in flames, crumbled from the damage. Both individuals were trapped in the house-fire, the suspect sustained severe injuries, while the young boy died at the scene from smoke inhalation. The firefighters entered the building and found both individuals, taking the suspect to a local hospital while it was too late to save the 15-year-old boy.

According to the police, the suspect was wanted for multiple violent felonies and possibly started the fire. The police also claimed in a public statement that no on-site officer had fired a shot or created the fire by any other means. Arson investigations have begun at the house to determine the cause of the fire. So far there has been no leads.