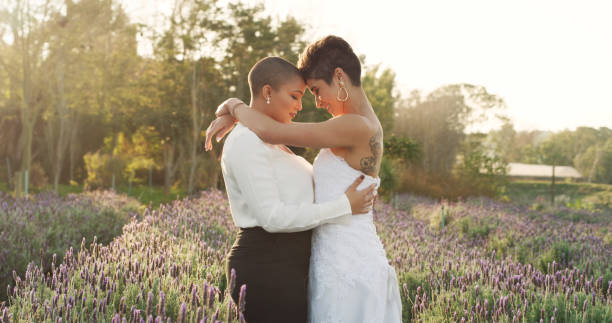 Almost two-thirds of the Swiss voters support the legalization of same-sex marriage in a referendum held on Monday by the opposition parties, making adoption possible for same-sex couples.

The parliament and the federal government had already approved of the amended law, but the right-wing opponents of the Swiss People’s Party (SVP) asked for a referendum on the issue and collected 50,000 signatures required to start the same.

Official reports showed that almost 64.1% of voters favored the government’s proposal of same-sex marriage and won a majority in the nationwide referendum held on Monday. This makes Switzerland one of the last countries in Western Europe to legalize gay marriages. Central Europe only allows domestic partnerships or civil unions for the members of the LGBTQ+ community while the situation in Eastern Europe is still intact with an increasing rate of homophobia.

This lines the rights of the same-sex couples with the heterosexual couples, allowing them the right to adopt a child and lesbian couples to access sperm donation.

Switzerland earlier used to only allow same-sex couples for a civil partnership, which did not provide the same rights as a marriage including child adoption and acquiring citizenship.

The amendment law, which will likely come into force from July 1 next year, provides the legal rights of holding a customary ceremony and the right to adopt children.

“We are very happy and relieved,” said Antonia Hauswirth of the national committee “Marriage for All”, adding supporters would celebrate in Switzerland‘s capital Bern on Sunday.

“It is a historic day for Switzerland, a historic day when it comes to equality for same-sex couples, and it is also an important day for the whole LGBT community,” said Jan Muller of the “yes” campaign committee.

Amnesty International said in a statement that making civil marriage available for same-sex couples was a “milestone for equality”.

However, there has been a lot of opposition from the conservative parties.

Monika Rueegger of Switzerland‘s right-wing Swiss People’s Party (SVP) and member of the referendum committee “No to Marriage for All” expressed disappointment.

“This was not about love and feelings, it was about children’s welfare. Children and fathers are the losers here,” she told Reuters.

Switzerland is a multi-ethnic, multi-religious, multi-linguistic country with direct democracy. However, compared to the other countries in Western Europe, Switzerland is terribly conservative. The Swiss women had to wait till 1990 to get the right to vote nationwide. Until then, the canton of Appenzell Inner Rhodes was only allowed to let the women vote regionally.

“The Swiss have dropped a massive ‘yes’ into the ballot box,” said Olga Baranova, a spokeswoman for the “yes” committee.

“Today does not change my country,” Baranova said.

“Today reflects the change of mentality over the last 20 years. It is really the reflection of a very broad and very important acceptance of LGBT people in society.”

People from the LGBTQ+ community in Switzerland have faced public discrimination in a lot of sectors. Research has shown that the rate of suicide by queer people in Switzerland is 5 times higher than the suicide rate of heterosexual people. Transgender people still face problems in the healthcare system. Although this law will help the child adoption issues faced by gay couples, it has been informed that the law might take a couple of months to come into force.

Reigniting pride celebrations around the world

Mumbai: A person was stabbed to death after illegally harassing and extorting a homosexual man.