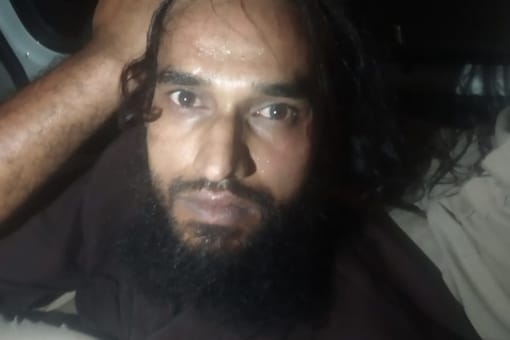 Two Muslim men have been arrested in Udaipur, Rajasthan for beheading a Hindu tailor after he showed support for former Bharatiya Janata Party official, Nupur Sharma, on social media whose remarks on Prophet Muhammad have sparked global protests.

Mobile internet services have been suspended and Section 114 has been imposed, which prohibits large gatherings, in Udaipur on Wednesday, a day after the murder of tailor Kanhaiya Lal.

Lal was reportedly stabbed multiple times with a cleaver inside his tailoring shop on Tuesday. The post mortem of Kanhaiya Lal revealed that he died due to excessive loss of blood. He was attacked 26 times with a sharp weapon, and stabbed eight to 10 times in the neck.

He was also filmed by the two armed men, who later shared the video on social media. The attackers had been accusing Lal of blasphemy and later claimed responsibility for his killing in another video.

The two men went on to threaten to kill Prime Minister Narendra Modi in the same manner. TV reports aired a video of Lal lying on the ground with his throat slit. Police said both accused were arrested within hours of the incident.

Before he was killed for allegedly insulting Islam, Kanhaiya Lal had reportedly told police on June 15 in a written complaint that he is facing a threat to life by some people who were conducting a "recce" of his shop.

Lal's son alleges that his father had been receiving threat calls as well, which had been reported to the police. He did not open his shop for six days, says Kanhaiya's family.

However, no follow up was made, asserts Lal's family members, claiming that he had been in fear as the police took no serious action.

Addressing a press conference, Rajasthan DGP, ML Lather said one of the accused, Ghouse Mohammad, had gone to Karachi in 2014 for Dawat-e-Islami, a reportedly radical, Islamist organisation.

The DGP stated that Kanhaiya Lal's murder is being considered a terror act and a case has been registered against the accused, Mohammad Riaz and Ghouse Mohammad, under Unlawful Activities (Prevention) Act (UAPA).

He also admitted that there had been a "compromise" on behalf of the police who should've acted on Kanhaiya Lal's complaint instead of trying to reconcile the parties in question. Following the incident, a Sub Inspector and a Station House Officer have been suspended. Rajasthan Police has detained three more people in connection with killing of tailor in Udaipur, DGP ML Lather was quoted as saying.

Ashok Gehlot, chief minister of Rajasthan, said on Twitter that “Both the accused in the killing have been arrested and we will ensure strict punishment and speedy justice,” Gehlot appealed to people to stay calm and not share the video as it would serve the attackers’ motive to create discord while Asaduddi, a member of parliament, condemned the murder saying that one cannot take law into their own hands and that it is inhuman. Gehlot has also called for an all-party meeting in Jaipur over the Udaipur incident.

Jamaat-e-Islami Hind, a Muslim religious organisation, spoke in regards to the Udaipur incident, calling it barbaric, and uncivilised, asserting that there is no room for violence in Islam. The organisation posted on Twitter, saying that “We strongly condemn it. No citizen should take law into his own hands. Let the law prevail,”

Authorities roped in additional police to Udaipur on Tuesday to counter any religious unrest while India’s home ministry has dispatched a team of its anti-terror agency to Rajasthan to investigate whether the incident is connected to any terrorist groups. So far, the state police have not charged the two attackers with terrorism.

Rajasthan observed tensions last month as well when Hindus and Muslims in Jodhpur city clashed during religious festivals of both communities.