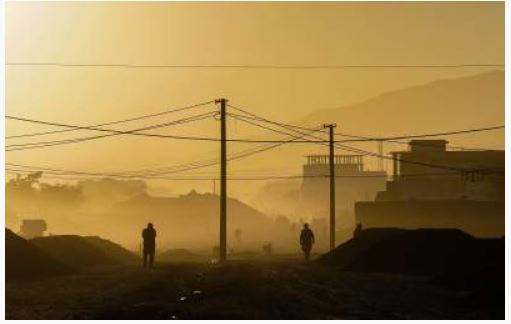 Background on Taliban and their rule in Afghanistan

In September of 1994 Taliban organization was founded in Kandahar, Afghanistan. Taliban's called themselves the students of Islam and seekers of knowledge. They believed that they had to preach and maintain the Sharia law of Islam around the world by any means necessary. They took over Afghanistan shortly after the decline of Mujahadeen.

By 1996, the Taliban took over two-thirds of Afghanistan and ruled the people by their understanding of the Sharia Law. Many people died for the most basic things like listening to music, talking to the opposite gender, and women constantly faced backlash from the Taliban. Girls were not allowed to go to school and get a higher education, and they could only leave their house with a male guardian with them to "protect" them. Men were expected to grow a beard and dress decently, and women were expected to be covered from head to toe without even a little skin showing. People were publicly executed, and anyone who spoke against the Taliban was instantly killed.

By December 2001, following many internal and international backlash, the Taliban decided to surrender but left behind much sorrow. A government was elected in Afghanistan, and international organizations from around the world brought in peacekeepers for the wellbeing of the civilians. The U.S. had taken over Afghanistan, and while their initial purpose was to find Osama Bin Laden, they stayed after to keep peace in the nation.

The Taliban always kept fighting for power over Afghanistan again and again. In 2021, when the U.S. decided to bring their troops back from Afghanistan, it did not take time for the Taliban to attack, and by August of 2021, they had taken over Kabul and the entirety of Afghanistan. While initially said that the rules will not be as strict as last time, the world is slowly watching the Taliban stray from their words.

Mannequin's heads were cut off, walls with paintings of women were painted over, women were subjected to brutal practices, and it does not seem to be getting any better for the people of Afghanistan. When the U.S. organized an evacuation, the entire airport was packed with people because a majority of the people wanted to flee from the rule of the Taliban.

The Taliban believes that music is a distraction from God. According to them, anyone who listens to music is encouraged to do wrong things. The entire Muslim community is divided on this topic; some believe it is okay to listen to music while others believe it is not. According to the Sharia law of the Taliban, Music is Haram (a term meaning "sin or sinful) in Islam. Taliban banned listening to music in cars and even weddings. They announced that women and men should celebrate in different halls and no two people from opposite gender should be allowed to interact with one another in a wedding.

A simple ruling is not enough for the Taliban; they want the people to fear them, so every time a new rule comes out, some people need to suffer to set an "example" for all the others. Similarly, on January 15, 2022, Abdulhaq Omeri, an Afgan journalist, posted a video on Twitter of the Taliban burning musical instruments of a local musician in the Zazai Arab District. The video shows men of the Taliban laughing and taking video of the local musician as he weeps while watching his instruments burn. There is a vast audience around the fire watching too. The musician tries to smile and does not defend because he fears life, but he weeps, and the men of the Taliban laugh at him while this happens.