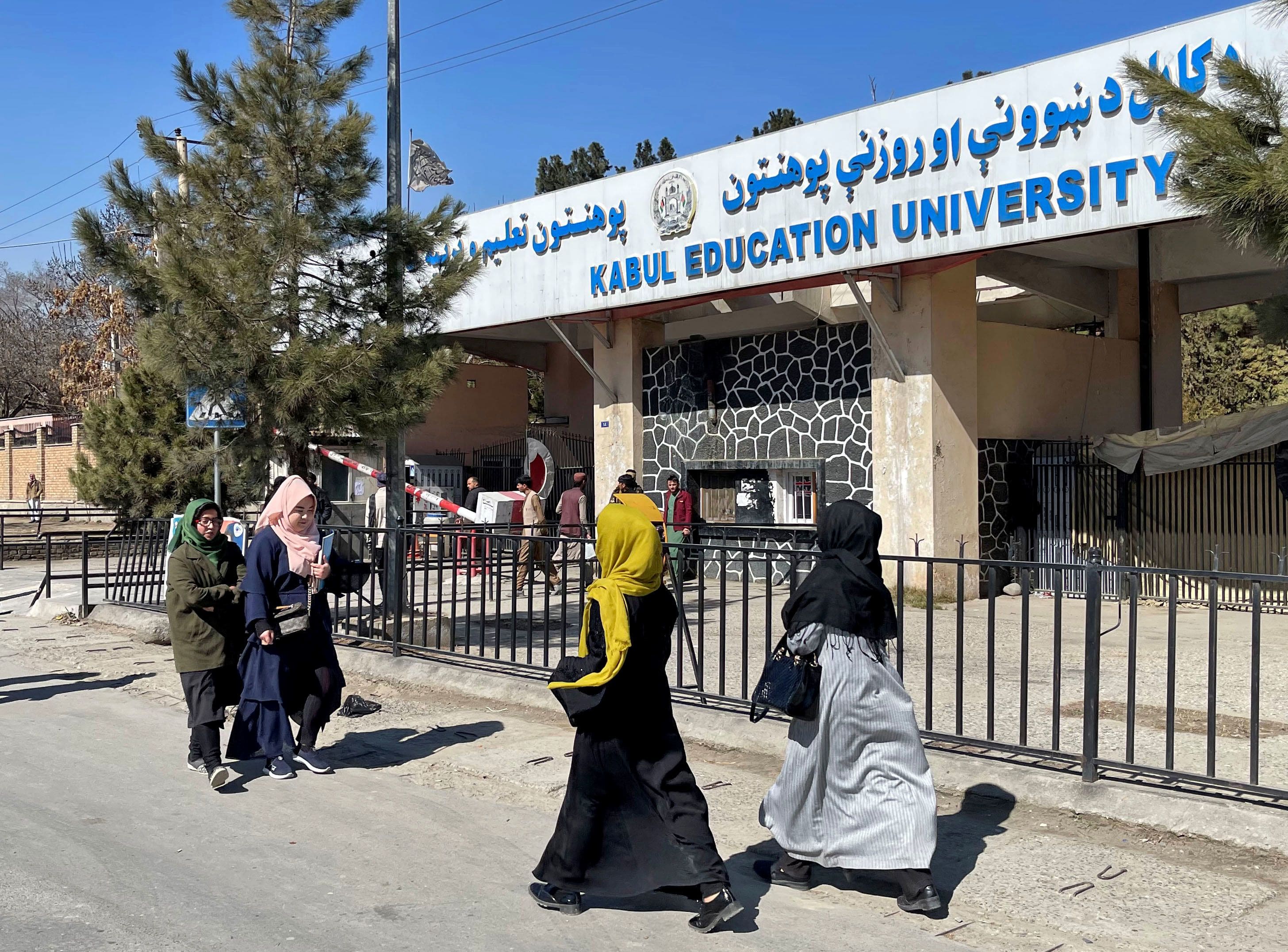 On Wednesday, 21 December, women in Afghanistan turned to their university campuses, only to be turned away by armed Taliban guards. The order was issued the day before and took place with immediate effect, which banned university education for women until further notice.

The higher education minister Neda Mohammad Nadeem signed the regressive ban stating that “You all are informed to implement the mentioned order of suspending education of females until further notice."

The university ban indicates a win by the more fundamentalist faction in the Taliban, led by supreme leader Hibatullah Akhundzada, who believes modern education — particularly for women and girls — is wrong in Islamic teachings. 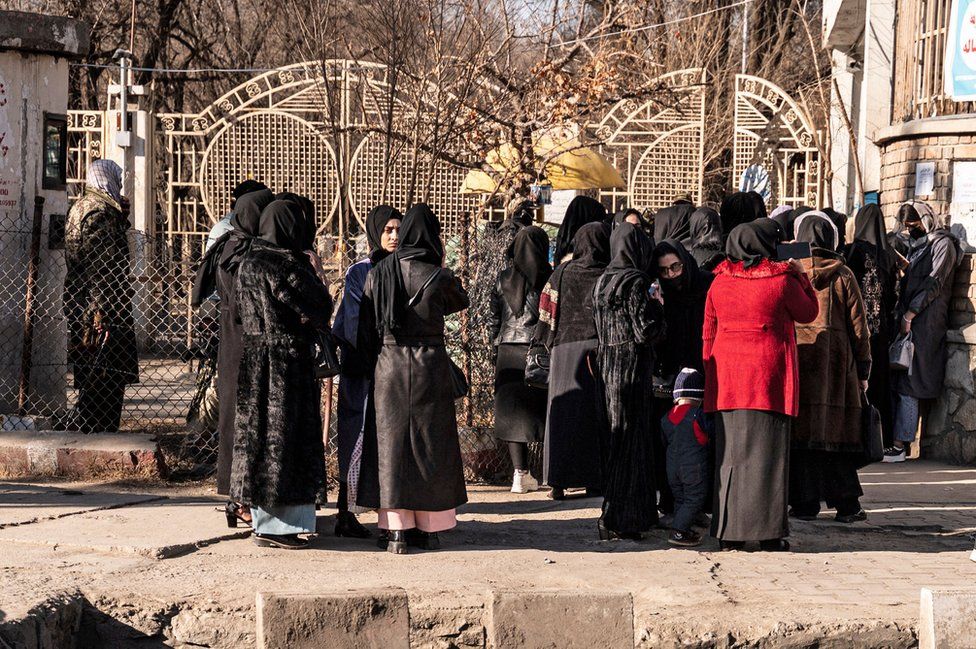 Only last March, girls in Afghanistan were barred from returning to secondary schools. Although the Taliban had promised to re-open some high schools for girls, they canceled the move on the day they were due to return. The schools had previously been closed following the Taliban takeover in August 2021.

The Taliban reseized power last year and projected a more moderate image to gain international support. When they ruled over Afghanistan from 1996 until 2001, until US-led invasions forced the group from power, the Taliban treated women as second-class citizens, subjecting them to violence and refusing to allow them to work or study. When the Taliban gained control in August 2021, they had promised to respect the rights and freedoms women had been afforded following the withdrawal of the US-led forces.

In line with this, three months ago, the Taliban conceded to allowing university exams to go ahead. Thousands of women sat the tests across provinces in Afghanistan, many having studied in secret. Sitting the exams was not without risk — during some of the exams, bombers targeted schools where the exams were taking place.

Before Wednesday, the universities had been operating under discriminatory rules for women since the Taliban takeover in 2021. In November, the Taliban introduced last-minute restrictions on subjects, barring girls from courses like economics, engineering, and journalism. The young women persisted, applying for available classes such as teaching and medicine. Still, the women had gender-segregated entrances and classrooms, and female professors or older men could only teach female students.

Even so, women were still managing to gain an education. The United Nations Educational, Scientific, and Cultural Organisation (UNESCO) noted that during the period between Taliban rule, the rate of female attendance in higher education in Afghanistan had increased by 20 times. 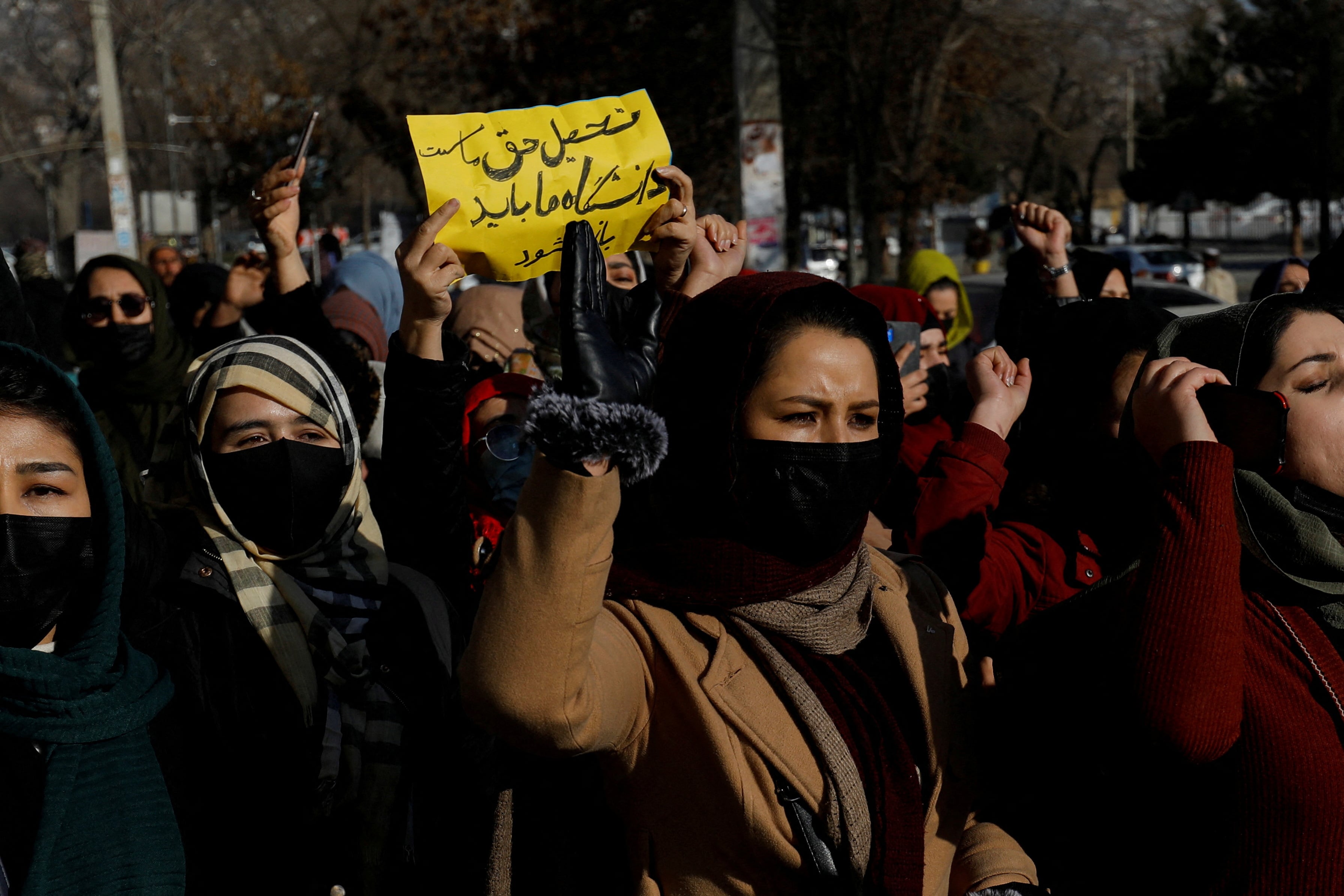 The latest decree is part of an enormous tide of restrictions on women’s lives in recent weeks. Women in Afghanistan can no longer work in most sectors, they require a male guardian for long-distance travel, and they have been ordered to cover their faces in public. In November, women in Kabul were also stopped from entering public places such as parks and gyms. The United Nations says that women are increasingly confined to their homes in policies tantamount to imprisonment.

The university ban continues the Taliban’s aim to suppress women and erase their earned freedoms. Closing the door on university education enables their complete control over women. Some women dared to protest the streets of Kabul on Wednesday — a notably dangerous act given the Taliban’s record for detaining protestors. Members of the Afghanistan Women’s Unity and Solidarity Group spoke at the protest, “Today we come out on the streets of Kabul to raise our voices against the closure of the girls' universities.” Taliban officials quickly shut down the demonstrations. 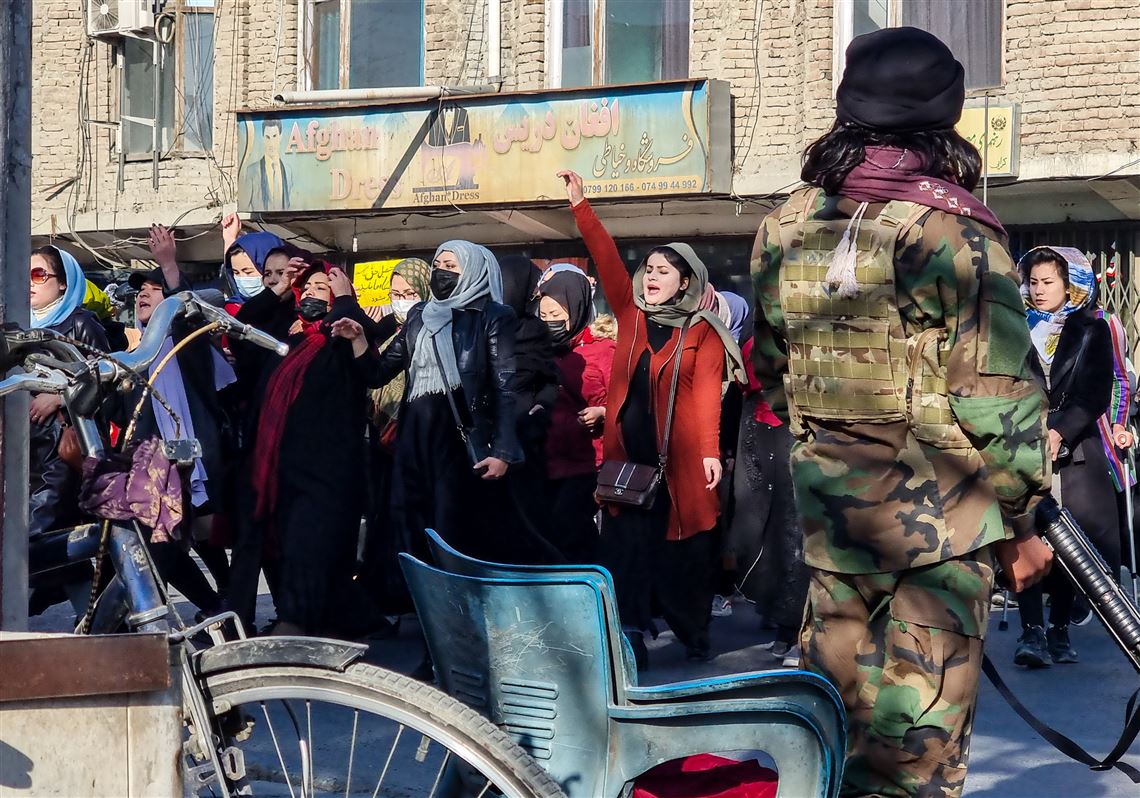 This generation of women believed that they were the fortunate ones, gaining access to the education denied to their mothers. One Kabul University student spoke with the BBC and responded, “They have destroyed the only bridge that could connect me with my future.”

Afghan academic and activist Humaira Qaderi, living in the US, spoke on the ban: “Afghanistan is not a country for women but a cage.” “There’s no social life left for Afghan women. Men now dominate the streets.”

The Taliban has issued this decree despite international condemnation. The international community has made the right to education for women a key issue in negotiations over humanitarian aid and recognition of the Taliban regime. Excluding women and girls from higher education not only deny them their rights but also denies the country the contributions that they have to offer.