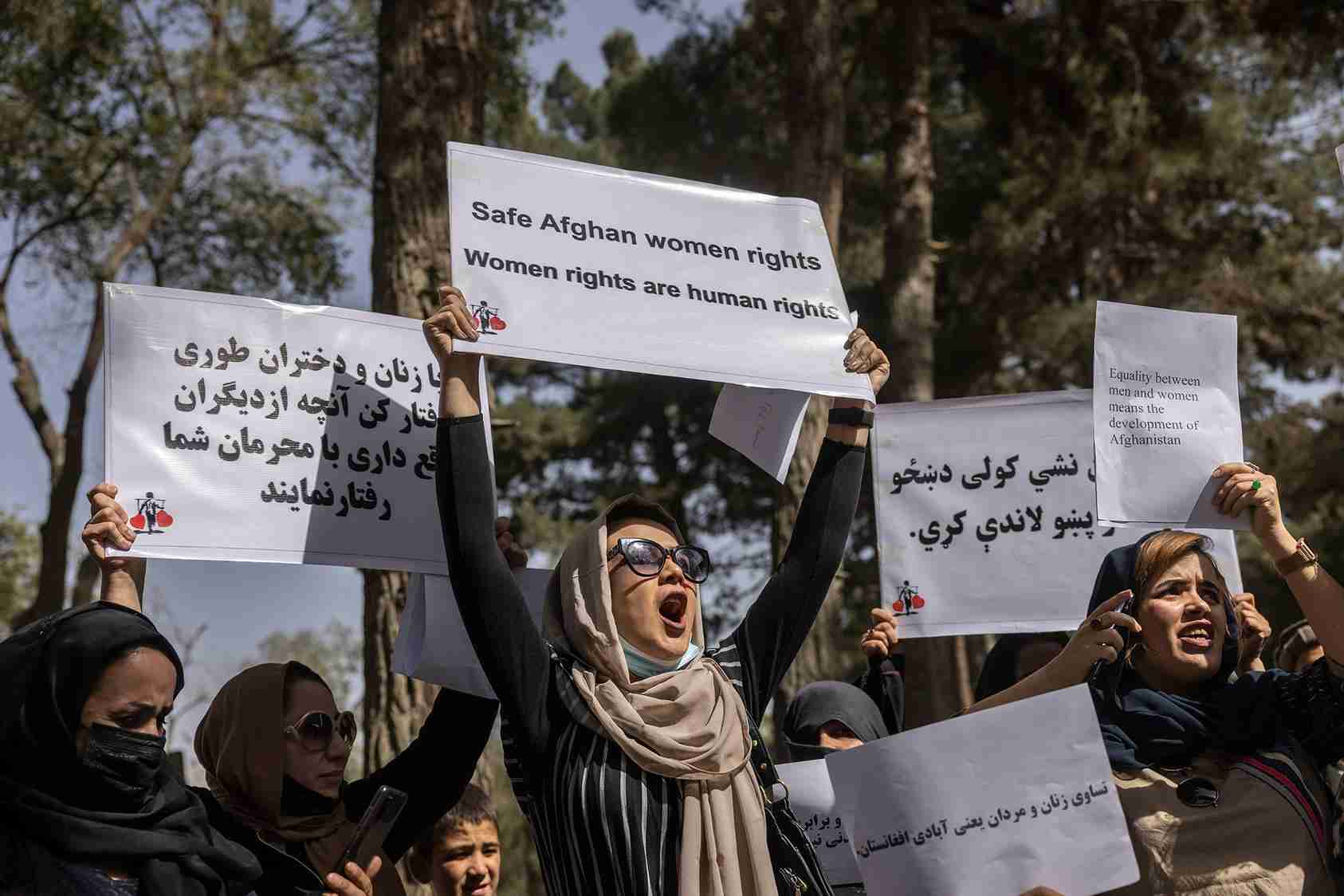 Taliban officials have fanned out towards public and private universities to enforce the indefinite ban on primary school and university education for Afghan women, effectively eliminating their access to education. The decision comes after a meeting of Taliban leadership and represents the latest move by religious rulers to curtail women’s rights and ignore international demands to respect human rights. The ban also comes less than three months after thousands of girls and women sat university entrance exams in numerous provinces. The Taliban announced at the beginning of their leadership they would respect women’s rights.

“We are going to allow women to work and study. We have got frameworks, of course. Women are going to be very active in the society but within the framework of Islam,” Zabihullah Mujahid, the group’s spokesman, said at a press conference in August last year.

However, since the Taliban’s overtaking in August 2021, these leaders have overseen numerous education policies with contradictions and tensions. The Taliban allowed girls to attend school until the sixth grade, but have prevented most girls from attending secondary education — dismissing a promise made back in March 2022 when the schooling year commenced. Another contradictory decision was seen when former higher education minister Abdul Baqi Haqqani allowed women to attend universities; however, under the conditions of wearing face coverings and abiding by gender-segregated rules. Haqqani was then replaced with Nida Mohammad Nadim, who stated his opposition to women receiving an education.

Students and teachers staged numerous protests following the ban. Groups of male medical students left their examinations in solidarity with Afghan women, and other students protested outside Nangarhar University for many hours. Women took to the streets chanting slogans “everyone or no one” and “education for all”.

"We come out on the streets of Kabul to raise our voices against the closure of the girls' universities," protesters from the Afghanistan Women's Unity and Solidarity group said.

The move was expected and dreaded by observers of the Taliban’s supreme leader Mullah Haibutullah Akhundzada, who imposed his vision for Afghan society. Kabul-based lecturer, Obaidullah Baheer told NPR:

"I genuinely think that the man in charge thinks that this is what an Islamic society ought to look like," says Obaidullah Baheer, a Kabul-based lecturer at the American University of Afghanistan.

“[Akhundzada] had this very specific view of where women or young girls should be within the society, which is within their households. So I guess for all intents and purposes, this is gender apartheid. This is nothing short of that.”

Child rights activist and university lecturer, Professor Manizha Ramizy told The Guardian her students are “scared and terrified, looking at a hopeless future.” A Kabul University student expressed to BBC her agony for the future:

"How can I react? I believed that I could study and change my future or bring the light to my life but they destroyed it.”

Another student had been studying Sharia Islamic law and said the Taliban's order contradicted "the rights that Islam and Allah have given [them]”.

"They have to go to other Islamic countries and see that their actions are not Islamic," she said.

The international community has dismayed the Taliban’s decision. A US state department spokesperson Ned Price said the Taliban would be held to account.

“This unacceptable stance will have significant consequences for the Taliban and will further alienate the Taliban from the international community.”

UN Secretary-General and UN Women Executive Director, Sima Bahous said in a statement release that this ban on Afghan women’s education is a clear impingement on women’s rights.

“To end women’s higher education is to ignore their historical contributions and sever them from their future potential and the potential of their country.”

“[This is yet] another blatant curtailment of their fundamental rights. It is as short-sighted as it is appalling. The right to education for all women and girls must be restored immediately,” Secretary-General Bahous said.

Mrs Bahous said the international community is responsible for supporting the women of Afghanistan.

“What happens to women and girls in Afghanistan is our global responsibility. In the face of the Taliban’s systematic and deliberate violations of their rights, we as the international community must continue to speak out for, and invest in, the values upon which we stand, in solidarity with our Afghan sisters.”

"When teachers and lecturers collectively quit and leave universities and schools, this could lead to a positive result," he said.

In summary, while the Taliban continue to crack down on women’s rights, but Afghan activists amplify their voices. Momentum is building within the country to resist and condemn the actions of the Taliban publicly, and the international community is behind this push. While Afghan women expressed their fear and despair, they continued walking toward collective resistance and social justice.

Exploitation In The Fashion Industry: A Call For Help