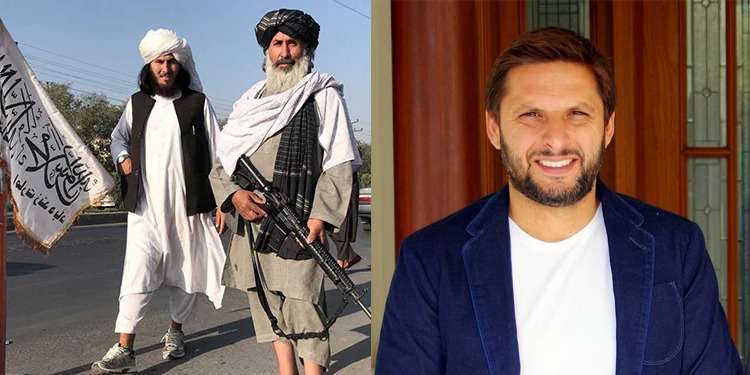 What did the former cricketer, Afridi, say?

Pakistan Prime Minister Imran Khan has supported the Taliban in several events in the past. In July, before the terrorist organization forcibly took over the Afghan government, Khan said that the Taliban are not military organizations but ordinary citizens. Later in August, Imran Khan publicly favored the Taliban takeover of Afghanistan. He said his country was reaching out to all "Afghan leaders" and urged other countries to "be engaged" in financially supporting people in the war-ravaged country.

After the Taliban's confiscation over Afghanistan, they have compensated repressive laws and retrograde policies on Afghan women. They had formerly implemented their interpretation of Islamic Sharia law in 1996-2001.

On Tuesday Taliban commemorates their complete Independence as US battalions depart Afghanistan. Taliban fighters' gunfire echoed across Kabul, as U.S. troops departed from their country and ending the war of 20 years.

Shaky video footage of Kabul Airport went viral where Taliban combatants entered the airport after the final U.S. troop took off a minute before midnight and flared in the sky.

Taliban spokesman Qari Yusuf said, "The last U.S. soldier has left Kabul airport and our country is free and gained complete independence" according, to Al Jazeera.

The U.S. army shared an image where the last U.S. soldier, Major General Chris Donahue, the commander of the 82nd Airbone Division stepped aboard the final evacuation flight out of Kabul. Being the lengthiest American war that took the lives of nearly 2,500 U.S. battalions and an approximate 240,000 Afghans, and it costs nearly $2 trillion.

After this US President Joe Biden said, "Now, our 20-year military presence in Afghanistan has ended," along with this he thanked the U.S. military for carrying out the dangerous evacuation. He will address the American people on Tuesday afternoon.

As many countries are withdrawing people from the soil of Afghanistan on Thursday a suicide bomb went off on Kabul airport and more than 100 civilians, as well as 13 US troops, were killed due to that blast.