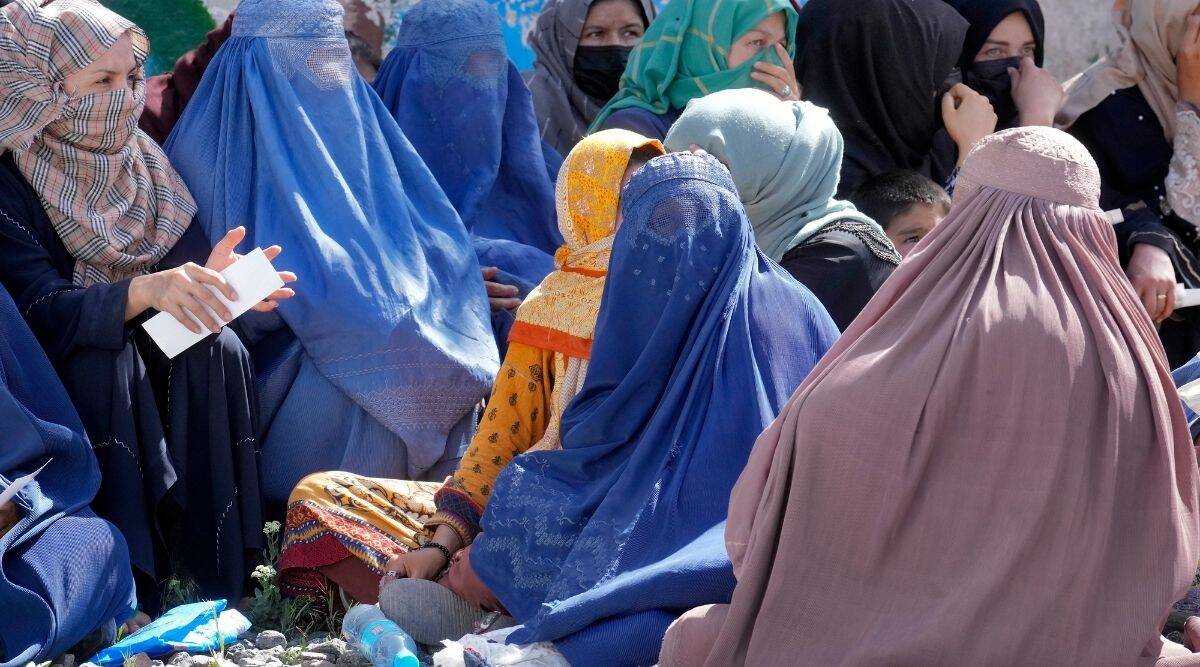 “Women in Afghanistan must cover their faces in public”, according to a decree issued by the Taliban on Saturday, May 7.

The decree orders women to go outside the home only if necessary, and to travel more than 45 miles, they will be accompanied by a male family member. The new rules also banned women without veils to have a taxi. “These are to prevent women from falling into any “harm” or “disturbance”, according to Mohammad Sadiq Mahajer, spokesman for the Ministry for the Propagation of Virtue and the Prevention of Vice.

Afghan women are ordered to wear head-to-toe clothing, which is usually a traditional burqa that reveals only the eyes of a woman, according to a statement from the General Directorate of Administrative Affairs. “The traditional society, poverty, illiteracy, a lack of knowledge of Islam, and the lack of legal assistance has made the situation of women in Kunduz bleak”, says the director of Women’s Capacity Building and Development and Board Member of the Afghan Women’s Network (AWN).

If a woman does not abide by the rules, her “male guardian” would face punishment- that can summon or take them to courts and eventually jail.

The despotic act has sparked the worst fear of human rights violation and complicates the Taliban’s dealings with international communities. The United Nations Assistance Mission in Afghanistan (UNAMA) said, "This decision contradicts numerous assurances regarding respect for and protection of all Afghans' human rights, including those of women and girls, that had been provided to the international community by Taliban representatives during discussions and negotiations over the past decade.”

Since gaining control over Afghanistan, the Taliban regime has enforced draconian laws on freedom and movement, particularly directed at women. These are similar to their actions during their last rule during 1990s.

Despite the Taliban’s promise to softer regulations over women’s rights, since March it has stopped girls to attend schools post grade 6. The “mandatory burqa” is the latest among the oppressive orders of the Taliban regime. However, the decree banning women to travel was not completely implemented after protests and opposition in different places of Kabul.

Kawkaba Nowruzi, an Afghan woman who has worked in the rural districts of Ghazni province says, “Still, I fight, I’m hopeful that women in Afghanistan one day will wake up to a better world.”