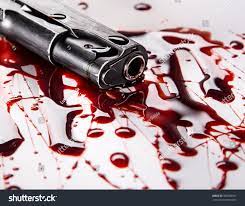 A spate of targeted attacks on Hindus in Indian-administered Kashmir has shocked the region's minority community, pushing hundreds to flee. Since January this year, the Kashmir Valley has seen at least 16 targeted killings, including police officers, teachers, and sarpanches. The number of targeted killings increased when the son of the proprietor of Krishna Dhaba in Srinagar was slain inside his restaurant in February 2021. He died two days later in the hospital from gunshot wounds. M L Bindroo, a distinguished chemist, was assassinated at his business on October 5, 2021, eliciting outcry from government leaders and civic society. Supinder Kaur, the principal of Government Boys Higher Secondary School, Sangam, and Deepak Chand, a teacher at the school, was shot and killed two days later after intruders examined the school staff's identity cards.

At a time when targeted attacks in Kashmir were on the rise, police ascribed it to "the killing of a large number of terrorists of all groupings, notably their commanders, the destruction of their support networks, and the continual and successful maintenance of law and order."

Militants had grown "frustrated," according to authorities, and had shifted their strategy to target unarmed police officers, innocent citizens, politicians, and "now innocent civilians from minority populations, especially women."

A Kashmiri television actor was shot multiple times inside her home on May 25. Her family is still trying to figure out why she might have been singled out. Rajni Bala, a Samba teacher, was the most recent victim of this spate of assassinations on Tuesday when suspected militants ambushed her on her way to work at a school in Kulgam.

Vijay Kumar, a bank employee from Rajasthan in western India, was fatally shot in Kulgam district on Thursday, the valley's second Hindu victim in three days.

Since the abrogation of Kashmir's limited autonomy by India in 2019, the region has seen an increase in violence against Kashmiri Hindus, often known as Pandits. Pandits and even local Muslims employed by the government in police and other departments are seen by Kashmiri insurgents as collaborators with the Indian administration in the country's only Muslim-majority area.

Since the late 1980s, Kashmiri insurgents have waged an armed insurgency against New Delhi, demanding either an independent Kashmir or a union with Pakistan. After the 1989 revolt, which saw the death of Hindus and attacks on their homes, around 250,000 Kashmiri Pandits fled Indian-administered Kashmir.

Right-wing Hindu organizations and even a recent Bollywood film, on the other hand, allege that the figure is in the thousands, with some even dubbing the targeted killings "genocide."

Tensions in Kashmir have been at an all-time high since Prime Minister Narendra Modi's government implemented a series of laws and policies that local Muslims claim is aimed at changing the region's demographics. Modi's government has been pressing to relocate the displaced Pandits, despite the presence of roughly 600,000 Indian soldiers in the valley, making it the world's most militarized territory. This has sparked targeted attacks by suspected rebels. At least 16 similar deaths have occurred this year alone. Suspected insurgents assassinated Rahul Bhat, a government official, in his workplace in Budgam district last month. Hundreds of Pandits living in high-security areas, popularly known as migrant colonies, across the scenic valley staged days of protests following the assassination.

Demands for Security and Relocation

The recent spate of Pandit deaths has sparked community demonstrations, who, despite government guarantees of protection, are demanding that they be relocated outside of the hazardous region.

On May 23, Hindu government employees threatened "en-masse resignation" if their demands were not granted in a message to the region's administrator, Manoj Sinha.

Since the middle of last month, almost 150 Pandit personnel have fled the region. According to reports in the media on Thursday, police in Srinagar's main city blocked off a Kashmiri Pandit neighbourhood and increased security around sites where Hindu government officials live.

Under a federal government restoration program that began in 2008, about 3,800 Pandits have returned to the valley. For the minority community, the policy contained assurances of government jobs and secure housing.

Many Kashmiri Hindus believe that the three decades of "waiting and false promises" of protection by previous regimes have come to an end with the recent rise in violence.

People argue that returning to Kashmir, where violence against members of their community is on the rise, is out of the question. The politics of hatred and division has made it very difficult for the civilians to continue residing in Kashmir. The "Heaven on Earth" is turning into hell with more and more target killings taking place every day.

Meanwhile, in the light of increasing attacks on civilians, security in south Kashmir and Srinagar has been ramped up. According to reliable sources, security forces have increased their control over areas where members of the minority population live. To impede insurgent movement, new checkpoints have been set up in south Kashmir.

In Jammu and Kashmir, the Centre's policies on land and government jobs are seen as unfavourable to locals, fuelling a sense of alienation that is exploited by separatists and Pakistan-backed terrorists. As a matter of urgency, the Centre must take steps to safeguard the safety of Hindus and migrant laborers in Kashmir. It also needs to reconsider its Kashmir policy and make room for political discourse. The modification of Article 370 appears to have signalled the start of new challenges in Kashmir, which would require careful management rather than strong optimism.