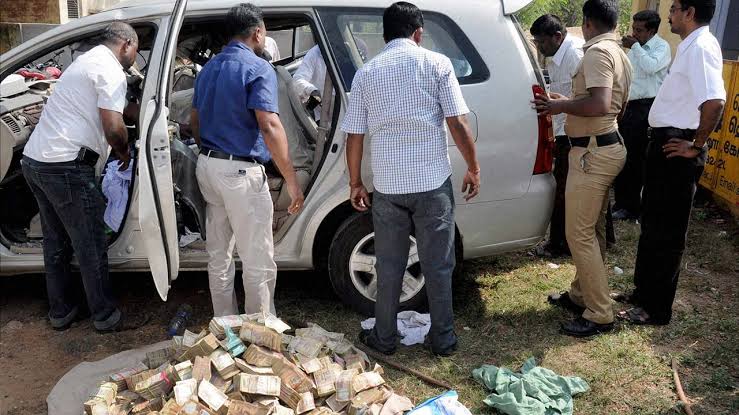 The Income Tax Department conducted searches at numerous locations associated with some business groupings in Maharashtra's Jalna to prevent tax fraud, and officials have stated that they were successful in seizing around 390 crores worth of "benami" property or "unaccounted" assets.

The assets that were confiscated included cash totalling Rs. 56 crore and 32 kilograms of gold, pearls, and diamonds with a combined value of Rs. 14 crores. During the raids, the authorities were successful in recovering certain property documents as well as digital material.

Between August 1 and August 8, raids were carried out at private and official premises connected to two corporate groups dealing in steel, textiles, and real estate.

The officials needed almost thirteen hours to accurately count the quantity of cash that was confiscated during the operations.

The Income Tax Department has received information indicating that these business organizations may have committed tax evasion and had organized five teams consisting of 260 officials from different parts of the state to conduct the search operation.

According to the officials, the operation utilized more than 120 cars in all.

The valuables that were confiscated included cash totalling 56 crores and 32 kilograms of gold, pearls, and diamonds with a combined value of 14 crores. During the raids, the authorities were successful in recovering certain property documents as well as digital material.

In addition, according to insiders, the major action carried out by the tax department at numerous places in Maharashtra's Jalna that was linked to the industrialist involved over 300 officials from the IT department who attached properties worth hundreds of crores. Notably, sources also indicated that while the searches were being done, the tax department maintained a high level of tight confidentiality regarding the action that was taken. The amount of information technology personnel who were participating in the raid as well as the number of assets that were confiscated by the tax department is important factors to consider while attempting to comprehend the significance of the operation.