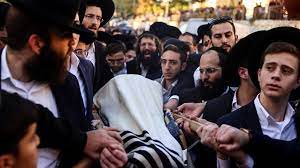 Two alleged explosions at bus stops in Jerusalem resulted in the death of a 16-year-old kid and the injuries of another 14. On the outskirts of the city, the blasts happened as people were on their way to work. The incident was one Israel hadn't seen in a while, according to Israel's minister of internal security.

The city has experienced a turbulent year of rising violence. One of the most critical incidents of its kind in recent years involved the use of explosives in an attack. Although the bombings have not been claimed, the Palestinian militant organizations Hamas and Islamic Jihad have lauded the murderers. Just after 07:00 local time on Wednesday, there was the first explosion in Givat Shaul. About 30 minutes later, there was a second bomb in Ramot Junction. 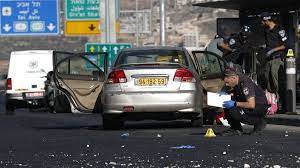 The incident, according to Israel's prime minister, was "distinct from what we have seen in previous years."

With Palestinian stabbing and shooting attacks against Israelis, as well as Israeli military incursions that resulted in the deaths of Palestinian militants and civilians in the occupied West Bank, the situation feels unstable.

A group has not yet claimed responsibility for the explosions. However, both Hamas and Islamic Jihad, two violent Palestinian organizations, praised those who carried out the "operation."

Further citations from the government on victims

A spokesman for the Israeli police said the devices used in Wednesday's attack were so powerful that they were most likely remotely detonated by a "well-organized cell". The other device is hidden behind bushes, the spokesperson added.

"The terrorists knew the area well," said a spokesperson.

After attending a situation assessment with security officials, outgoing Prime Minister Yair Lapid said the incident was "unlike what we have seen in recent years". 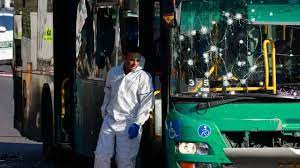 "A massive intelligence operation is underway to find these vicious terrorists, their supporters, and those who armed them," Rapid said. They can escape, they can hide - it won't help them; If they resist, they will be eliminated. If not, punish them to the fullest extent of the law.