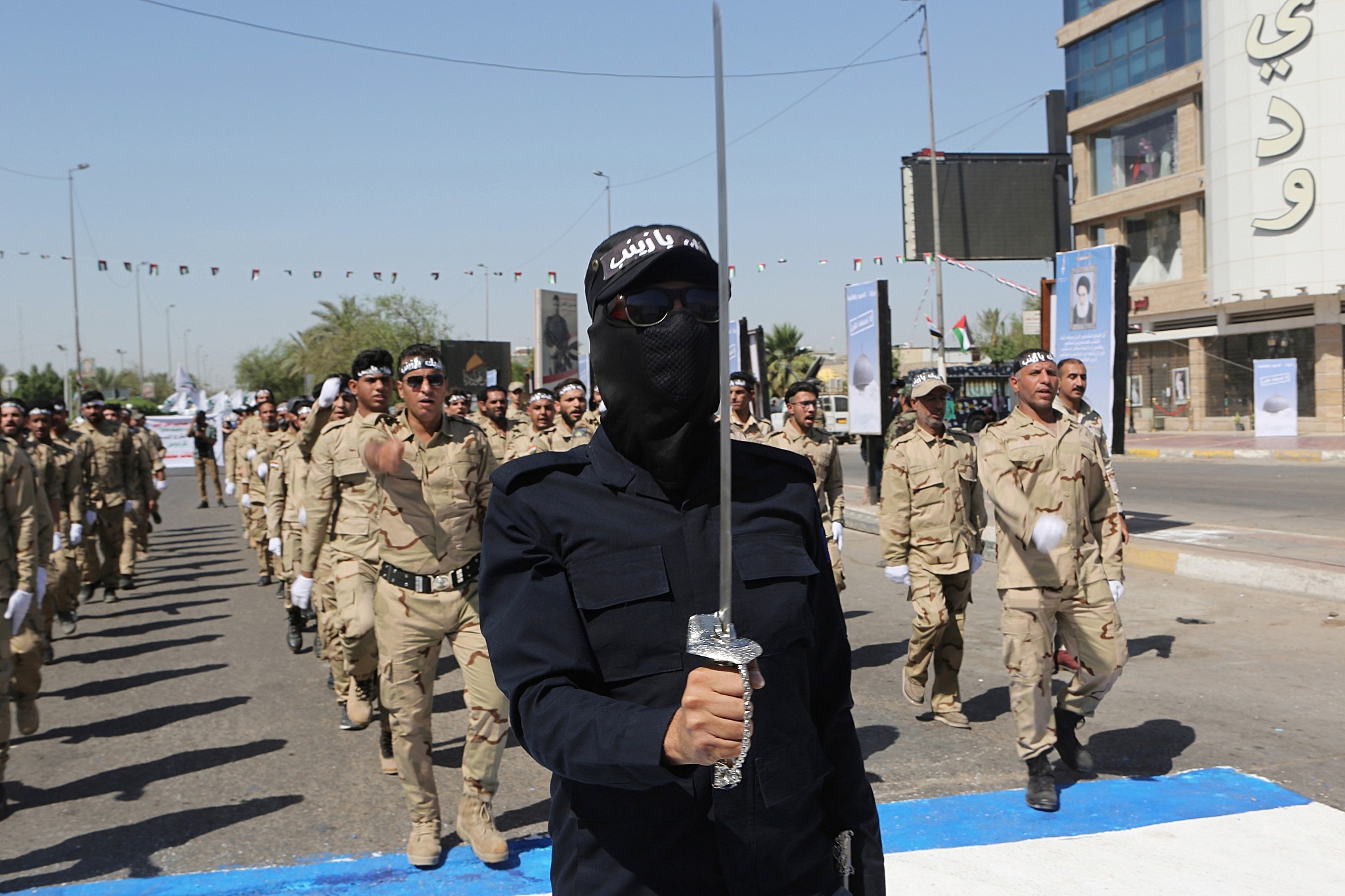 [Image Credit: The Times of Israel]

Tehran uses proxy actors - such as paramilitary groups and militias - to preserve its influence in Iraq. Besides, to balance Saudi Arabia, Israel, and the U.S.’s power in the Middle East.

The so-called fasa'il al-muqawama (resistance factions) are the most powerful pro-Iranian proxy actors operating in Iraq. They include Al-Quds - an elite branch of Iran’s Guardian Corps of Revolution -, Asa'ib Ahl Al-Haqq, and Kata'ib Hezbollah which are part of the Popular Mobilization Forces, an umbrella coalition of paramilitary groups.

Last week, Al- Quds’ force leader Esmail Qaani renewed his support to several paramilitary groups and militias operating in the Middle East and beyond. "The US and the Zionists should know that this is our definite path," said. "The Islamic revolution of Iran knows how to guide young, motivated Muslims to defend themselves".

The Iranian commander's declarations come as a result of the growing tensions between Teheran, Western states, and his allies about the Iranian nuclear deal. Washington and Israel are not likely to renounce their demands i.d Iran has to rein in its support for proxies actors in the Middle East and as well give up any ballistic missile development.

Asa'ib Ahl Al-Haqq and Kata'ib Hezbollah are part of the original core of the Popular Mobilization Forces (PMF) along with the Badr Organization, Kata'ib Sayyid al-Shuhada, Harakat Hezbollah al-Nujaba, Kata'ib al-Imam Ali, and Kata'ib Jund al-Imam. The PMF was officially created in 2014 to help the Iraqi government fight the Islamic State in Syria and Iraq.

The PMF units are largely composed of military groups which have been trained and funded by the Revolutionary Guard Corps since the 2003 American invasion of Iraq. At that time, these groups carried out guerrilla actions and suicide bomb attacks against American soldiers in Iraq.

Since 2003, Shiite militias have increasingly infiltrated Iraqi civil and military institutions. Then, with the outbreak of the ''Arab Spring'' and the rise of the Islamic state, certain groups took the chance to strengthen their power in Iraq. Nowadays, they control checkpoints, carry out smuggling activities, and can run for the elections.

Mustapha Al-Kadhimi, since he was appointed Iraqi Prime Premier in March 2020, has underlined the necessity of countering the power of militias in Iraq. For instance, last year he ordered the arrest of several individuals linked to Iranian political-military forces in the reading of their involvement in smuggling activities.

The tensions between Baghdad and the fasail al-muqawama increased as Al-Kadhimi expressed his alignment with Sadr forces, which are the strongest anti-Iranian in Iraq. Later, in November 2021, Asa'ib Ahl Al-Haqq and Kata'ib Hezbollah were accused of being responsible for the failed assassination attempt on the Iraqi Prime Minister. They denied their involvement.

In conclusion, the proxy strategy has enabled Tehran to strengthen its influence in Iraq, but at the same time, it has contributed to fostering instability. This considering, Iraqi’s state authorities had better make a serious effort in dealing with this situation by reforming the security sector if they want to assure the state of law and protect civilians. However, it is surely impossible to dismantle the state of the militias in a short time both because the problem has deep roots (which date back to the 2003 American invasion of Iraq) and the most influential groups are backed by Tehran. The more Iran feels isolated, the more it recurs to proxy actors to neutralize the threats posed by regional enemies and their allies.

LGBT Iraqis are still at risk