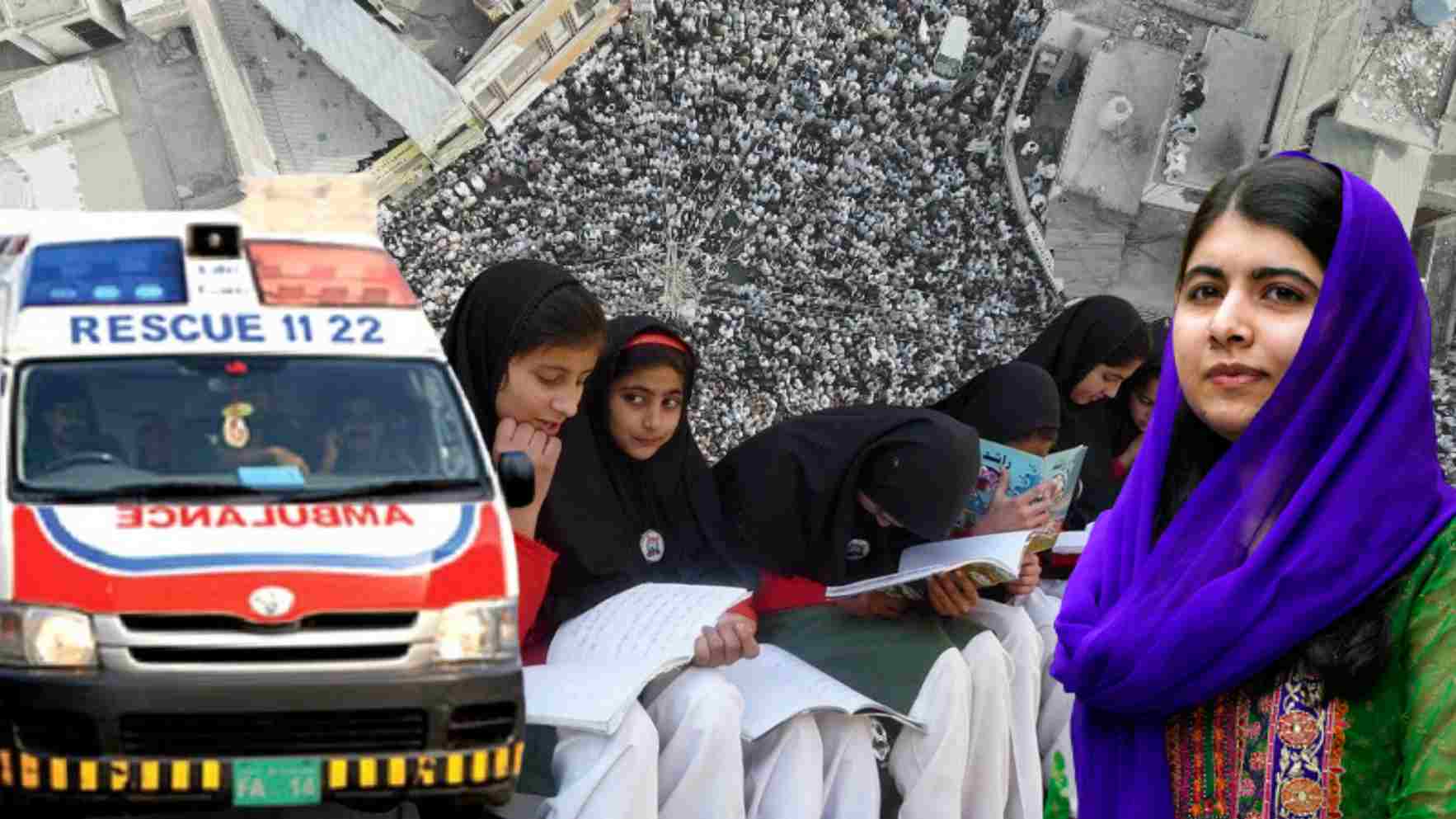 Recently on October 10, 2022, a van driver was killed in Swat, Pakistan. The van driver was taking the twelve children to school when the bullets were fired, leaving the driver dead on the spot. Two children were injured, and thousands of people's sentiments were hurt, leading to the biggest protest in the Swat.

Wahid Khan, the chief of Charbagh police station in Swat, reported that the van was carrying dozens of children to school. The main aim was to reach the driver of the van. He fired the bullets, leaving behind his helmet, injuring two pupils, and traumatizing the whole Swat after the attack.

The injured children were taken to the nearest hospital. On October 9, 2012, an educationist and activist, Malala Yousafzai, was shot in her school van. A decade later, Yousafzai returned to Swat, Pakistan, and the Taliban attacked the van showing the lack of reluctance towards education, either for boys or girls.

Swat is under the grip of terrorist attacks on civilians. The driver was also not involved in callous activities that could have had him killed, but he died innocent. Many people took to the streets of Swat and protested the unjust killings of innocent civilians and the terror that the Taliban are spreading.

The right to education is a fundamental right for everyone. The driver was targeted because he was carrying the young children to school for education. According to the Taliban, there are fatwas against women's education and its Anti-Sharia Law. The chief minister of Khyber Pakhtun Khawa, Mahmood Khan, asked the inspector of the area to provide him with full details and an investigation.

While mainstream news channels are silent on this matter, people have taken social media as the most vital tool to share their sentiments and anger on the ongoing killings of innocent people. People on Twitter have shown their resentment towards the unjust and are using hashtags such as #PashtunLivesMatter, #StopStateTerrorism, and #SwatRejectsMilitancy.

Some of the tweets by people who are showing their courage and opinion toward state terrorism are below. 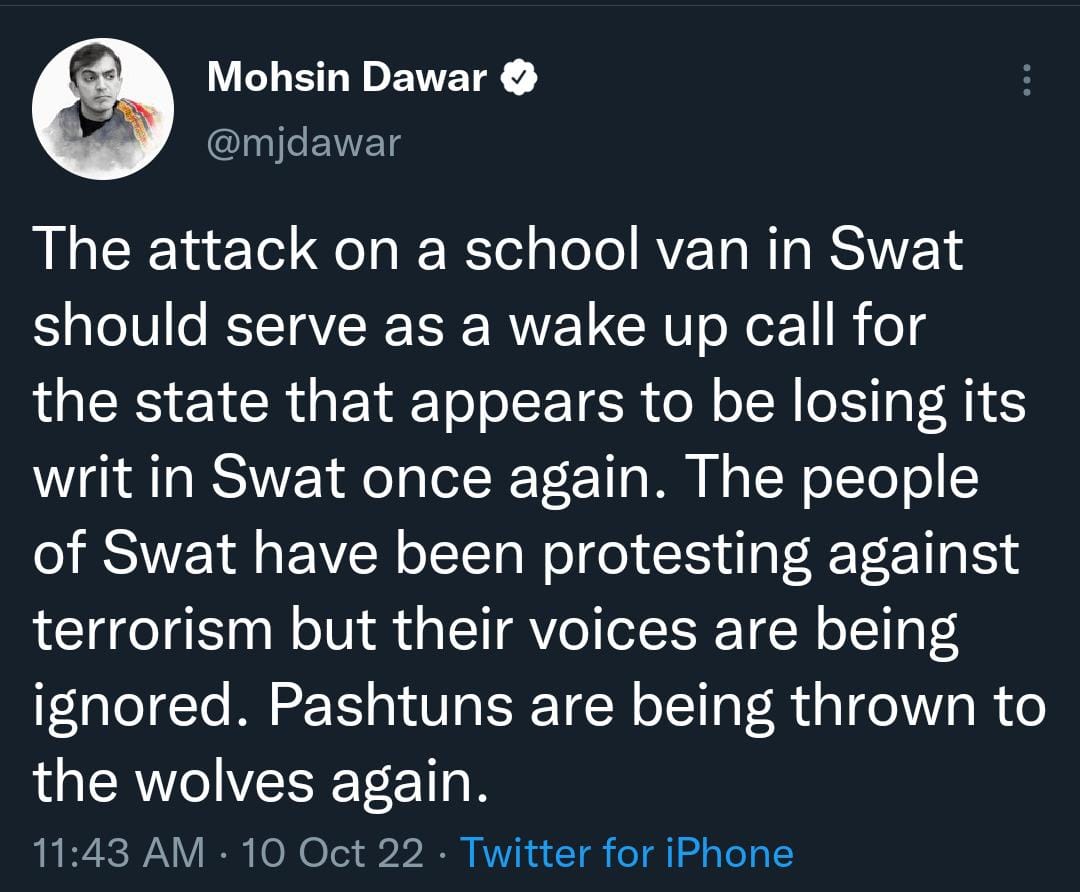 Other people have expressed their hurt and grief in the following tweet: 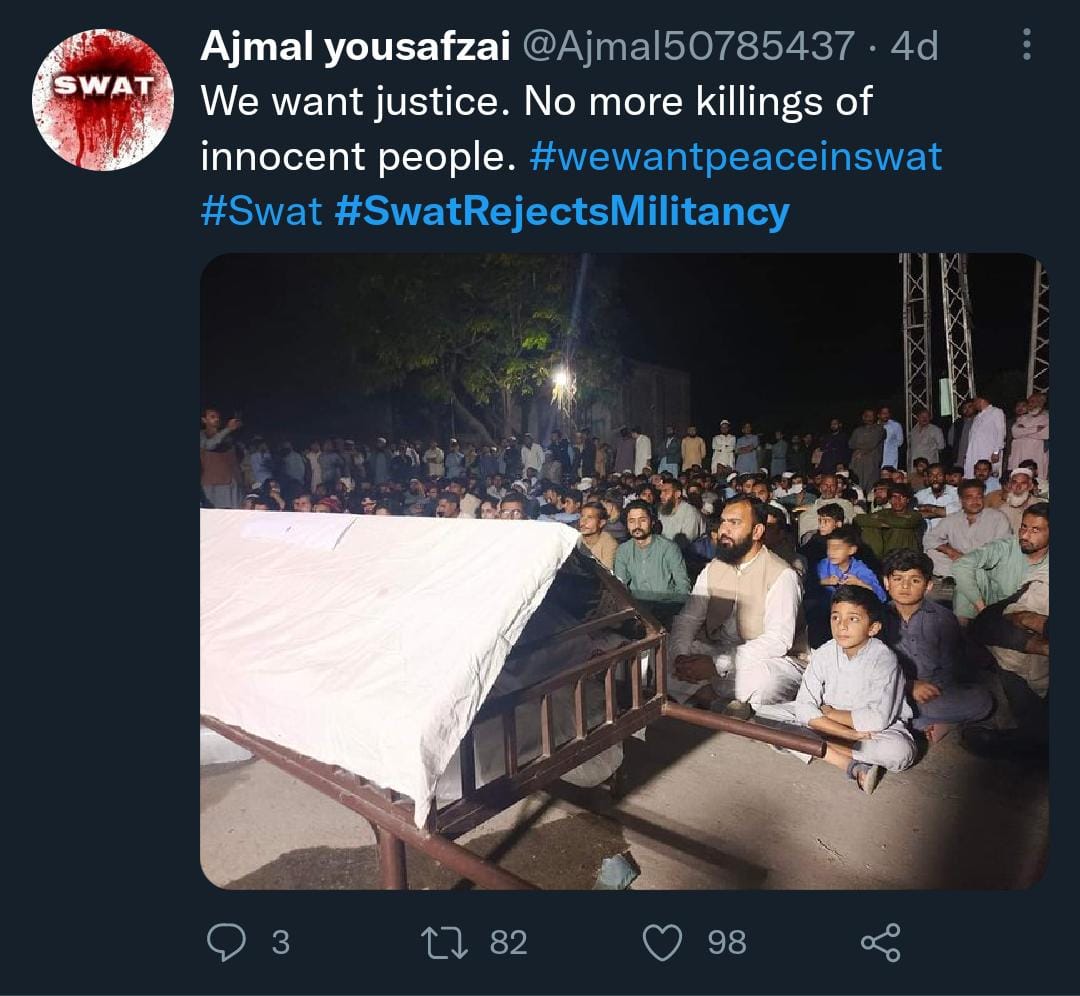 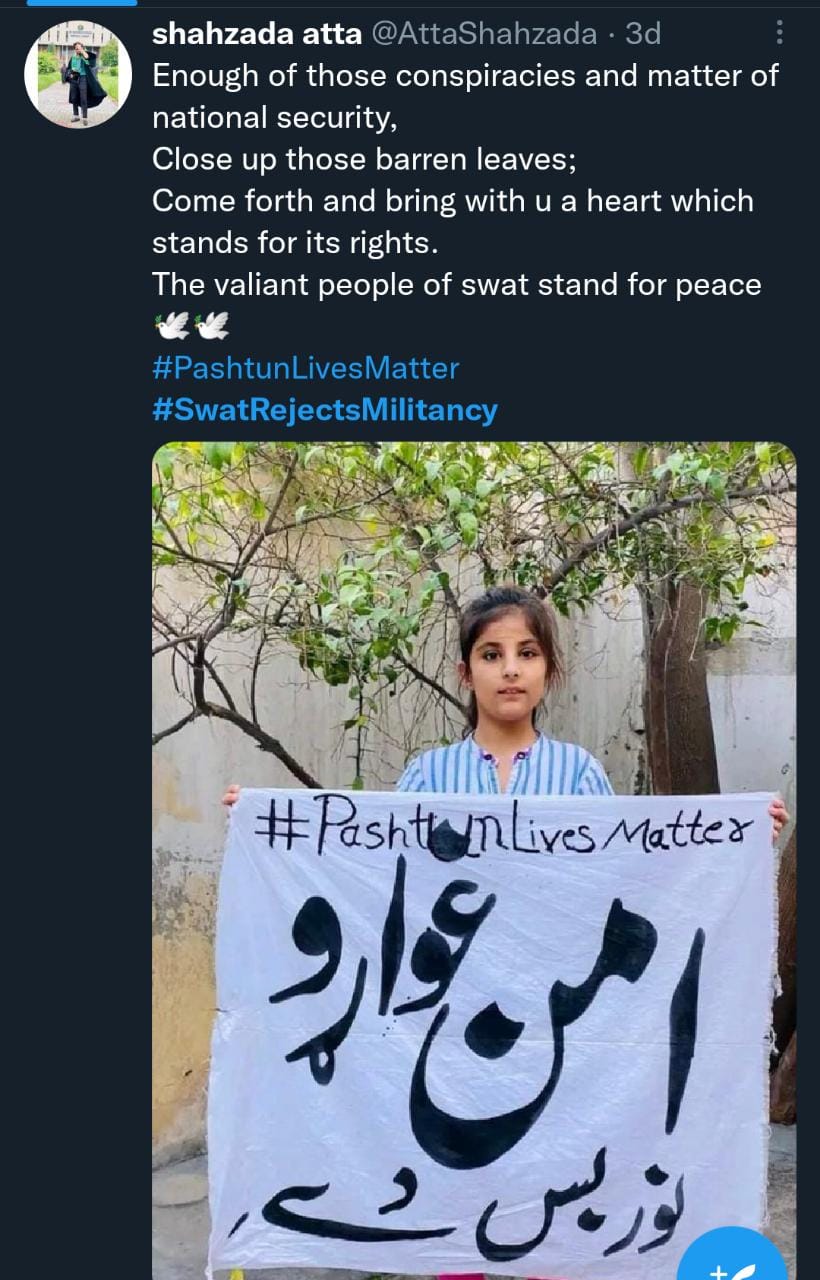 After ten years, Pakistan's northern and western part still faces discrimination, violence, and a lack of correct administration. While Pakistan is facing the crisis, Afghanistan is going through similar turmoil regarding education and violence.

3 months, 2 weeks ago by saroshibrahim

The injustice being committed is upsetting and enraging. Your work is well-researched!

3 months, 2 weeks ago by GPemberton

Honestly, thank you for writing about this. I feel like even after a situation gets worse, it is not followed up on by English News outlets, so I am glad you are still spreading awareness.