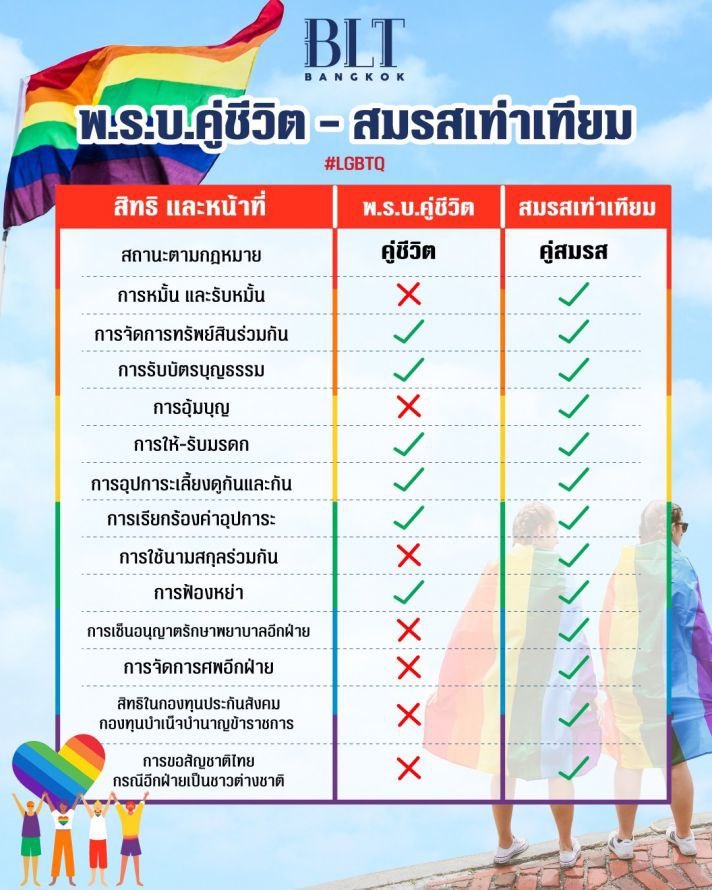 On this day Tuesday 14 June 2022, Deputy head of government Chinnawonrn Boonyakiat said regarding the government's lashing resolution against the ballot of the bill that will be discussed tomorrow Thursday 15 June 2022. The rights of LGBT people in equal marital status will be considered.

But for now, the Government has said it will reject the opposition's Marriage Equality Bill as it would conflict with existing laws, Mr. Chinnaworn said the government would opt for the government-introduced Civil Partnership Bill instead.

The reason Mr. Chinnawan can't accept all the principles is that the same party's marriage bill is related to other laws, whereas the marriage bill is a special law that must be passed first. Of the 4 proposed principles, only 3 principles will receive comments to increase the best benefit. After receiving the benefits, 25 committees will be formed for consideration.

Because of this decision, many Thai artists on Twitter did not accept it, celebrities unite & use their influence to protest government decisions. One of the tweets from actor Mew Suppasit “equal human, Why are the rights not the same?, and as for the beautiful artist, Janhe said that "this is an important issue of rights, equality is not only a problem for men and women but it is all about human beings".

It seems that many people are disappointed with the results of this temporary decision, but the decision is still not confirmed until tomorrow.

Consideration of the Draft Act Marriage Equality in Thailand