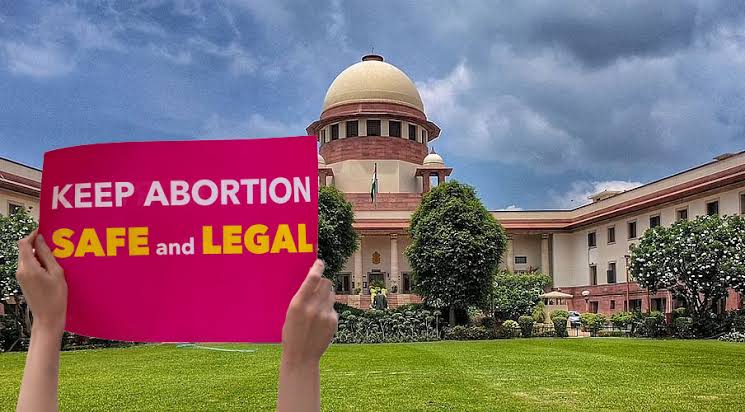 According to the Supreme Court's decision, unmarried women have the same legal right to an abortion as married women under the Medical Termination of Pregnancy Act of 1971. However, the 1971 Act only applied to married women. A bench led by Justice DY Chandrachud ruled on the statement of goals and reasons for the 2021 amendment making no distinction between married and unmarried women and giving all women the right to safe and legal abortion.

For women to freely enjoy these rights, they must have autonomy. Women have been fighting for equality at a time when developed nations are clinging to patriarchal ideals to regain rights. India has become a role model for the rest of the world by enabling women to make their own decisions. It is what one would anticipate from a democratic nation—the ability and freedom to decide for ourselves.

The court emphasized how closely reproductive and bodily autonomy are related and concluded that the decisions regarding contraception, the number of children, and whether or not to have an abortion must be made independently of social influences.

It is impossible to overstate the impacts of an unwanted pregnancy on a woman, and the mother's emotional well-being impacts the fetus's health. Therefore, the court decided that societal considerations must be considered when interpreting the MTP Act.

The bench highlighted statistics from legislative hearings on risky abortions and global health research published in the British Medical Journal, revealing 67% of abortions as dangerous. Additionally, it was claimed that limiting access to safe abortion would increase the number of unsafe abortions.

The court noted that married women might also be deemed a group of sexual assault and rape survivors concerning the right to abortion for rape survivors because it is possible for a woman to become pregnant due to a husband's non-consensual conduct. However, the court ruled that rape in this situation must mean marital rape exclusively, as that term is used in the MTP Act and Rules.

According to the bench, having children is simply a woman's prerogative, depending on her particular situation and other economic, sociological, and cultural factors.