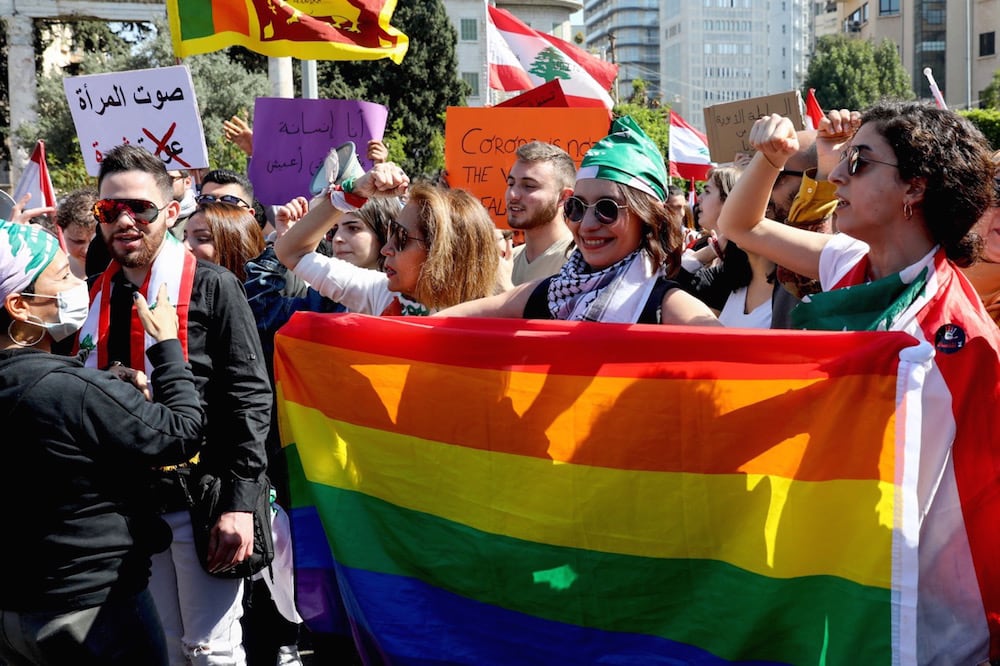 “Highly urgent.” With this phrase, the Lebanese Minister of Interior Bassam Mawlawi labelled his letter, which he addressed on June 24 to the Directorates of Internal Security and General Security, asking them to take the necessary measures immediately to prevent any kind of celebrations, meetings or gatherings that promote “homosexuality.” as described.

Mawlawi’s order came in the context of a campaign being launched against the LGBT community in conjunction with the global “Pride Month”, in which several voices called on social media for the disbursement of any events that would support this community in Lebanon. Even so, the minister received calls from religious figures condemning the matter, which led him to say that “This phenomenon contradicts the customs and traditions of our society and religious principles,” refusing to "invoke personal freedom" as well.

According to the Middle East Eye, the Grand Mufti of Lebanon, Abdel Latif Derian, targeted  two issues that have been rather controversial in Lebanon in recent days, as he asserted that Dar AlFatwa will forbid the codification of homosexuality, along with it the legislation of a civil marriage project that contradicts the Islamic religion and all law and He also declared those regulations as “the constants of Dar Al-Fatwa and all Muslims in Lebanon.”

Religious references united in attacking LGBT people, as the Metropolitan of Beirut and its dependencies dedicated the Greek Orthodox Archbishop Elias Audi Sunday sermon to this topic, noting that he hears about “meetings that promote homosexuality,” while also stressing that “the Bible clearly declares that the male is the only complement to the female.” “In love and marriage, the female alone is complementary to the male,” he adds, “homosexual behavior in the Bible is not blessed by God, but is clearly prohibited.”

For his part, the Jaafari Mufti Sheikh Ahmed Qabalan directed “to everyone who wants to change Lebanon's moral identity,” announcing that , “Some perverted butchers want to destroy the human structure and change the order of nature in favor of the worst kinds of human anomalies, and this is strongly rejected and we will never accept it and it will not be achieved in Lebanon.”

In a statement, he described some serious judicial decisions that “work to establish judicial protection for the worst moral plague in parallel with propaganda projects that pressure to undermine the spirit of Lebanon's natural morals.”

After Molloy's decision, the United Nations expressed its concern "about the escalation of hate speech and the increase in cases of discrimination and violence against LGBT people and organizations that care for them in Lebanon."

It encouraged "the Lebanese authorities to fulfil their obligations under the International Covenant on Civil and Political Rights (ICCPR) to which Lebanon is a signatory, and prohibit discrimination based on sexual orientation, gender identity, and expression ."

Mawlawi’s message, as described by the director of the Dream Foundation, Tariq Zeidan, is a precedent in the history of Lebanon. “Its danger lies in the fact that it is not based on any legal articles. Rather, he resorted to religious and spiritual justifications to oppress citizens, using a rubbery word that has no legal definition, which is an anomaly. This is a serious matter that cannot be tolerated, and what is even more surprising is that all of this is issued by a judge.”

It is also worth noting that June, the global Pride Month, has seen several Arab nations launch campaigns specifically seeking to find and quash any support for the LGBTQ community.

Pride Month: A Talk With The LGBTQ+ Community