The creators of OnlyFans say the company locked them in an exploitative contract and posted nude photos without their consent. 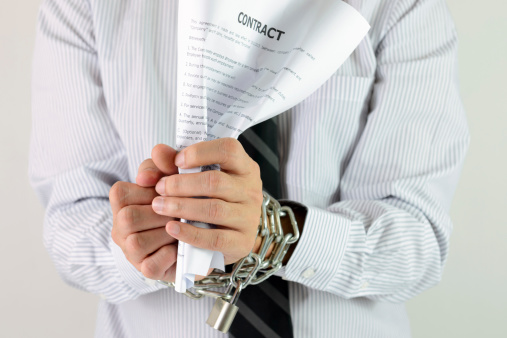 Clients as well as ex-workers said that the agency trapped them into contracts that threatened six-figure penalties if they leave. Unruly mad Behave are the agencies that manages account on behalf of content creators on Only fans.

But what was the chaos with the contract?

This was said after 18 people got interviewed and each one stressed on the same thing, that is, “the hiring process was quite a rush and company officials were not crystal clear with the contracts”

Now you might think if the company was not crystal clear then why would you want to join that company?

That was because those people were already struggling to survive as contract workers during pandemic and they didn’t have much of a choice to not work. But later, customers and the ex-workers were facing dilemma, dilemma for which they were not prepared as they were locked into contracts they can’t get out of. Plus facing threats of unemployment to getting sued by the company.

Moreover, a document presented as a covid disclaimer for the expected event for workers included, a condition on page 3 saying that, ‘ a person who violated confidentiality rules had a $5 million debt to the company’.

Alexis Marquez, Account manager at Unruly stated that, “ I don’t know what I signed in the contract. They immediately pressured us to sign everything at the moment”. This is not it, the ruthless founders of Unruly declined to comment on specific allegations, citing an ongoing trail.

“Unruly is confident that these issues will be successfully resolved in court and looks forward to challenging the allegations in the judicial process”, this was stated in the Publicist’s statement.

Furthermore, Unruly said they were separate company from Behave. However, emails and text messages indicate that the two agencies often work collaboratively to spilt employees and hire them together. Which is illegal and not at all professional.

Complaints of few clients and ex-workers

One of Unruly’s customer said, “ I believe this is an illegal contract and is only used for manipulation. It is strictly used as a lever to maintain dominance over the lives of younger ladies in this situation”.

Another client said, “ the company officials forced/ pressured her with things she was not comfortable with from the start” but the company made her do it.

In addition, a model from Unruly is suing the company. The reason was as the company sold pictures of her exposed breasts, taken without her knowledge while she was changing during a photo session organized by them.

She also said that she was clear with the business from the beginning that she didn’t want to so naked content. Plus he is worried as in how many people they have sent it to.

Another ex-worker said, “ I didn’t believe that even this huge company would trap people for their own good. Plus we had to work over 100 hours a week with no holidays’”. She also said she received only 3 day break in a while year.

There are many more complaints relating to these kind of issues and these issues need to be deeply investigated and given justice to righteous.

However, Onlyfans a day before announced the new CEO of the company ‘Amrapali Gan’ who will be resuming the duties of Tim Stokely. Hoping she’d be faithful to their clients and employees.