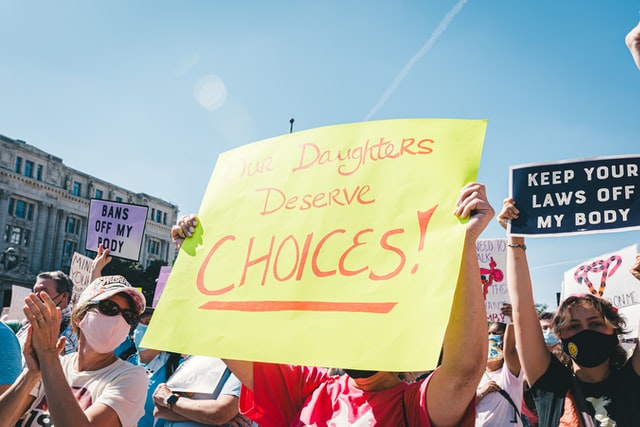 The abolition of Roe V. Wade could mean many things for the biological women of America. Regardless of political stance, it can be argued that abortion will always exist. Legally or illegally, abortion can and will always be practiced. In fact, the Guttmacher Institute furthers that abortion rates are similar regardless of legalization status between countries. So what are the outcomes of illegal abortion? And how could these consequences be heightened by the reversing of Roe V. Wade?

Non-medical abortion has been practiced as early as 1550 BCE in Ancient Egypt. Some of the early home remedies for abortion were dangerous methods such as using irritant leaves, fasting, and bloodletting. English women in the Early Modern Period even reported turning to physical abuse such as battery. Additionally, many ingested herbal treatments that were used are now considered poisonous.

Moving to more recent eras, the women of England continued to jeopardize their health, taking abortion into their own hands. In the late 1800s, women resorted to methods such as purposely falling down the stairs, and even began consuming diachylon, a substance that causes lead poisoning. In the early 1900s, the method of dilating the cervix with foreign objects such as spoons, glass roads, and even knives became popular.

Methods outside of professional medical settings are evidently dangerous, and potentially life threatening. When safer methods for abortion were unavailable, women throughout history have found their own ways of inducing miscarriage. It makes sense then, that this dangerous methodology has continued in countries where abortion has become criminalized.

In countries where abortion is illegal, women still utilize abortion but are forced to turn to dangerous procedures in pursuit of it. The World Health Organization estimated that 70,000 deaths per year is attributed to iIlegal abortion. While death occurs in more extreme cases, even more striking numbers of women suffer from illegal abortion complications. Eight million women per year, in addition to those who die, experience health-threatening consequences such as anemia, infertility, hemorrhage, and more.

There are still impressive numbers of those who dare to seek medical help. In countries such as Brazil, where abortion is illegal, 250,000 women a year are estimated to be hospitalized due to illegal abortion. While 250,000 is an absurdly large number, it must be noted that this is only a fraction of the women who experience health effects from illegal abortion, as many illegal abortion complications go unreported due to fear of criminalization.

As aforementioned, abortion will occur whether it is legalized or not. It is not a question of whether the United States should allow for abortion, but whether the United States should allow for safe abortion. Without access to safe, legal abortion, women will be forced to turn to unsafe abortion. With illegal abortion, there are clear dangers entailed, dating back for hundreds and hundreds of years. Reversing Roe Vs. Wade would therefore not eliminate abortion, but force women to resort to drastic measures, risking their health. The decision is clear that if the United States wishes to protect its female citizens, it can not reverse Roe V. Wade.

Photo by Gayatri Malhotra on Unsplash

6 months, 3 weeks ago by JDPowell

This is an important point that I haven't seen brought up a lot. We've seen this cycle happen time and time again whenever something is made illegal. (I know these are completely different situations, but) Drugs, weapons, etc., making those illegal hasn't stopped people from getting those either. Great article!

Evolution of Abortion Rights In India till the Recent Historical Judgement