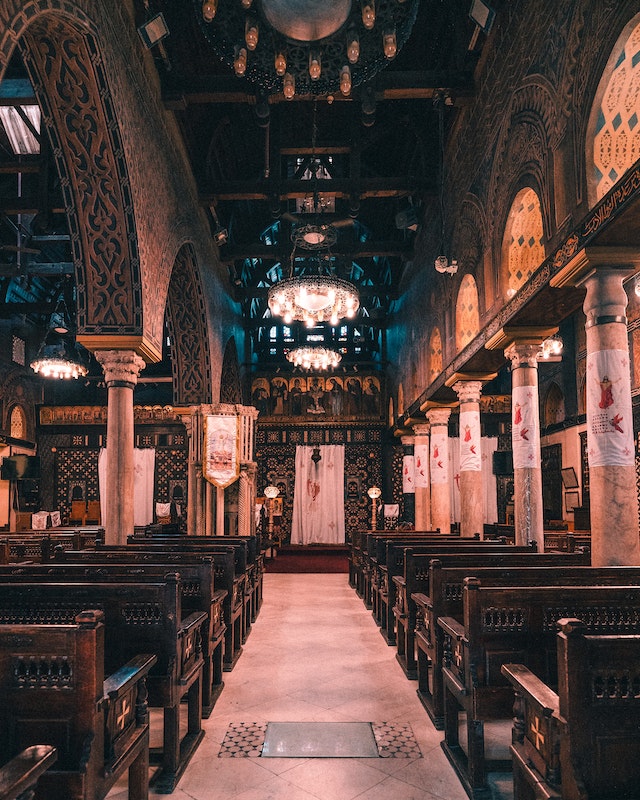 On Sunday, August 14, 2022, Egypt witnessed a tragic day for the entire country due to a big fire that broke out in Abu Sefein Church in Egypt's Imbaba district.

According to the Egyptian Church, the fire killed 41 people and injured 14, including 18 children.

The Coptic Church reported on its official Facebook page that the fire started during the "Divine Mass" on Sunday morning.

The Egyptian Ministry of Interior, for its part, issued the following statement: "At around 9:00 a.m., the 14th of this month, the security forces were notified that a fire had broken out inside the Abu Sefein Church in Giza's Al-Munira al-Gharbiya district... The fire was quickly brought under control by civil protection troops, and the injured and deceased were evacuated and sent to hospitals. Two cops and three members of the civil protection forces were also injured in the fire.

And went on: "The forensic evidence revealed that the fire started with the air conditioning on the second floor of the church building, which includes several classrooms, due to an electrical fault, resulting in the emission of a thick amount of smoke, which was the main cause of injuries and deaths. Inside the chapel, cooling work is ongoing." And legal action has been taken.

The Ministry of Interior also stated that smoke within the church's classrooms caused most deaths and injuries following the power loss.

In turn, Egyptian President Abdel Fattah Al-Sisi entrusted the restoration and reconstruction of the church to the Egyptian Armed Forces Engineering Authority.

According to an Al-Azhar statement, the Sheikh of Al-Azhar, Dr. Ahmed Al-Tayeb, directed those in charge of the general administration of Al-Azhar accounts to quickly coordinate with civil societies to disburse urgent cash subsidies to the families of the deceased in the Abu Sefein church fire.

The Sheikh of Al-Azhar Al-Sharif expressed his heartfelt condolences to Pope Tawadros and "all the Christian and all Egyptian brothers for the victims of the Abu Sefein Church fire." "Al-Azhar and its scholars and sheiks all stand by their brothers in this unfortunate event and send their sincere condolences to the victims' families," he added.