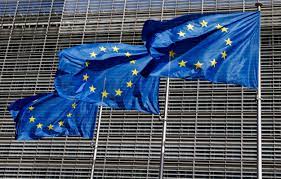 One of the most visible effects of the ongoing war in Ukraine, as it is well known, is the problem of energy prices. Its resolution has become even more imperative after the EU cut considerably on Russian gas imports, followed by Moscow’s decision to cut imports off altogether. This was achieved by closing North Stream 1 in September due to alleged leaks.

The European Union is struggling to find a viable solution to curb the soaring gas prices. The most touted one is that of a gas price cap that would protect the union against the currently uncontrolled fluctuations and speculation in the gas market.

On October 18, the European Commission announced the release of a new package of emergency measures to achieve stability. As reported by Reuters, this is not set to include a cap on gas prices. The main suggestion is to peg a maximum dynamic price to the Title Transfer Facility (TTF) Dutch Gas Hub. The TTF, the most liquid pricing location in Europe, has been used as the primary yardstick for LNG imports trading in the European Union.

A maximum dynamic price, given that it allows flexible price setting based on current market real-time demands, would reduce the rampaging speculation and the economic consequences that this could have on the economies of the EU members. Nonetheless, using the TTF as the main criterion, as Reuters says, would require a separate proposal and a positive response from the EU members. Nevertheless, the President of the European Commission, Ursula von der Leyen, stated in a letter sent to EU leaders that the TTF could prove ineffective as it was based on Russian gas imports, much cheaper than current imports from countries like the US and Qatar.

Moreover, the Commission intended to set a benchmark for LNG imports. This new criterion should be established and implemented next year when EU countries replenish their winter stockpiles. The aim would be to enhance solidarity among the members by promoting uniformity in gas imports.

Currently, the main problem is striking a balance among the EU members, as all of them agree on the need for price capping but do not agree on how this should be implemented. Countries like Germany and the Netherlands are opposed to price capping as they maintain that it would lead to higher gas demands and the impossibility, for some members, of accessing alternative markets globally.

Anna Lührmann, Germany’s Minister of State for Europe and Climate, explains this tendency. Accordingly, she said that “If you introduce a price cap, as the EU unilaterally, and all the other consumers around the world don't do it, then the gas will go to other consumers, and thus we might have a shortage in gas supplies." This is a statement that theoretically would work in favor of not only Germany’s economy but also Europe’s unity.

On the other hand, a group of 15 countries favors an immediate price cap on energy supply imports into the territory of the European Union. These countries co-signed a letter, a sort of official declaration of intent, sent to Kadri Simson, the European Commissioner for Energy. The signatories are Belgium, Bulgaria, Croatia, France, Greece, Italy, Latvia, Lithuania, Malta, Poland, Portugal, Romania, Slovakia, Slovenia, and Spain. As reported by Euronews, these members explain the main reasons why a price cap is the only viable solution: "The price cap (...) is the one measure that will help every member state to mitigate the inflationary pressure, manage expectations, provide a framework in case of potential supply disruptions, and limit the extra profits in the sector. This cap is the priority."

Given this inherent disunity within the EU, the European Commission struggles to adopt a solution that can satisfy both parties. As Politico explained, the Commission is considering three possible answers. The first is a partial subsidy for gas purchases. This would be achieved by setting a symbolic price for gas supplies. The benchmark would be selected based on the global oil price or lower gas prices in other countries worldwide. A second solution could be setting a maximum sale price. According to this, the EU would decide the amount of gas that can be bought or sold inside the union. This would avoid overbidding on the price of gas. The third and last option would be the mix-and-match one, a solution based on a mix of the previous two.

Whatever the solution adopted, the EU views this as a temporary measure, and Ursula von der Leyen was clear about this point. On October 5, in a speech addressed to the European Parliament, she stated that this would be a temporary solution to help the market function until a new EU price index is set. Hopefully, the upcoming decision will also work against its fragmentation, the Union’s natural enemy, while considering the urgent need to supply the EU market.