The Falklands Issue Raised at the G7 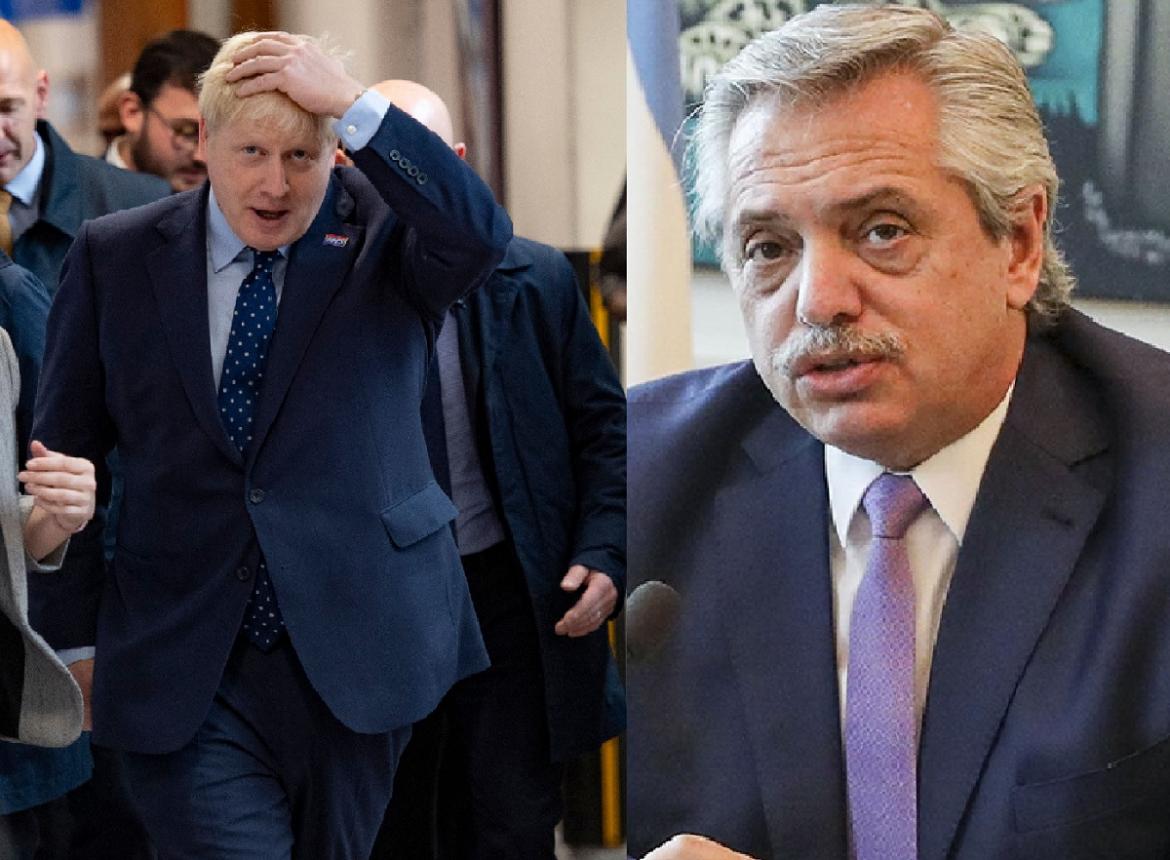 On June 27th, the British Prime Minister, Boris Johnson, met the Argentinian President, Alberto Fernandez, during a private meeting in Germany on the margins of the G7 summit.

Both leaders stressed the importance of defending Ukraine’s sovereignty. They also both agreed to step up cooperation between the two countries in several sectors, like sustainable energy.

They also agreed that the friendship between the British and Argentinean peoples had enduring importance and that efforts to improve relations between our nations would be advantageous to both the UK and Argentina.

During the meeting, President Fernandez also raised the thorny issue of the Falklands Islands. Johnson was firm in his opinion that the Falklands islanders’ right to self-determination is undisputable.

The British Prime Minister expressed his disappointment at the fact that the issue was raised right after the islands celebrated forty years of their liberation after the 1982 war between the UK and Argentina.

As the Express reports, the PM said, "I think my understanding is that our friends in the Argentinian delegation have presented this as being a more acrimonious conversation than it was. It was frank, but it seemed to me to be friendly”.

Johnson stressed, in particular, the importance of the right to self-determination, democratic principles, and the sacrifice of many British soldiers who fought for them.

The same source quotes the PM as saying, “I just said that it had been 40 years ago since the UK had at a cost of the sacrifice of many lives vindicated the principle that the Falkland Islanders should have the right to determine their future under basic democratic principles and had the right to be British. That as far as I was concerned was the end of the matter.”

The Falkland Islands, also known as the Islas Malvinas in Spanish, are an archipelago in the South Atlantic Ocean. They have been a British colony since 1841.

The conflict was a significant turning point in the long-running conflict over territorial sovereignty between Argentina and the UK. While Buenos Aires maintains that the territory has always been Argentina's, the UK regards the former as an invader.

On June 14th, the Falklands islanders celebrated the 40th anniversary of the UK's victory over Argentina. Several veterans, dignitaries, and representatives from the 17th Port and Maritime Regiment RLC attended the commemorative service and the parade.

The Falklanders, the majority of whom are descendants of the first UK settlers, are very loyal to the British government and value highly the UK soldiers' sacrifice made in 1982.

Not coincidentally, some young islanders joined the army to honour the events and express their gratitude. This was the case of Sarah Halford, who joined the army at the age of 17.

As reported by the BBC, Halford said that "In the Falklands, everyone learns from a young age about the sacrifices made by the soldiers that liberated us—by joining up, I wanted to be able to give something back."

Despite stressing the importance of self-determination, the Falklands remain a British protectorate, highly dependent on the UK for its security. Some believe that the self-determination issue is just a leitmotif used to distract attention from other issues.

According to Simon Jenkins, writing for the Guardian, the concession of sovereignty to Argentina with a leaseback to the UK would be the most sensible solution. Talks in this sense were initiated in 1977 but failed.

He adds that considering that the UK government spends £60m a year on military defence, a deal with Buenos Aires would be nothing but common sense.