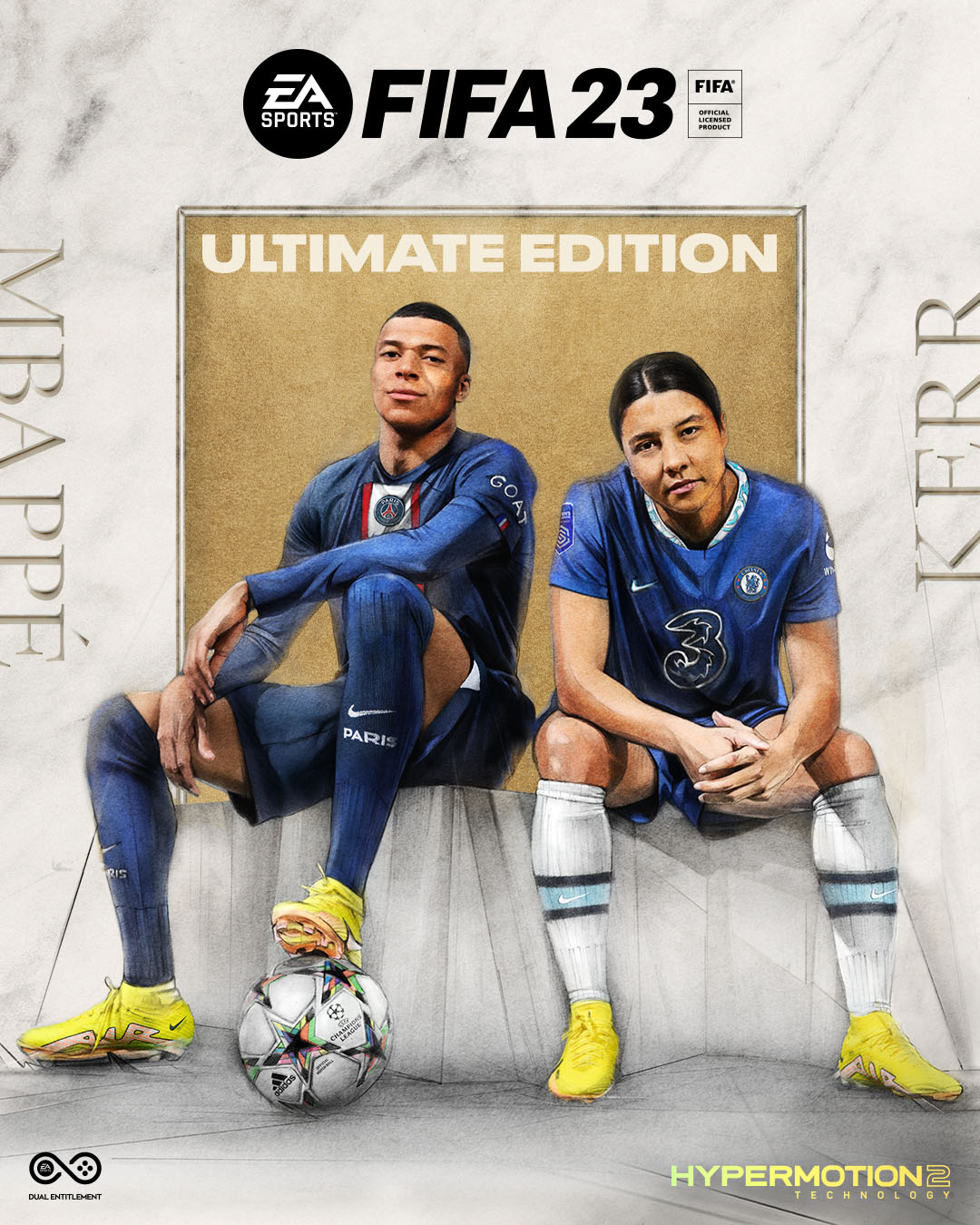 The Australian Sam Kerr will be featured on the cover of the FIFA video game that is available in 2023, as revealed by EA Sport FIFA. Kerr is going to be the first female player in the history of FIFA to feature on the global cover of the game.

On the cover, Sam Kerr is shown seated next to Kylian Mbappe, the best player for Paris Saint-Germain.

Sam Kerr, who is now 28 years old, finished the most recent season of the Women's Super League with 20 goals scored. Since she began her career for Australia in 2009, when she was 15 years old, she has played in 110 matches and has scored 59 goals.

This is good news for everyone, but particularly for women who often either lack the confidence to play or do not believe they belong on soccer grounds.

People started tweeting and sharing their thoughts on Twitter using the hashtag #FIFA23, and there were both positive and negative perspectives being shared.

@centric-christ replied to a tweet by saying: “A win for women’s football congrats Sam.”

The video game FIFA, has been very popular and has generated billions of dollars' worth of revenue since its release. For the last twenty years, EA Sport has been creating video games for FIFA.

People are wondering as a result of this whether FIFA will add a Women's Super League, since having a woman on the cover of the game is a huge sign that it will.

On July 21, 2022, EA will reveal further details about the FIFA23 video game, and fans are keeping their hopes high for some exciting surprises.

Sam Kerr breaks new boundaries as she becomes the first female player to be on the FIFA Game cover.