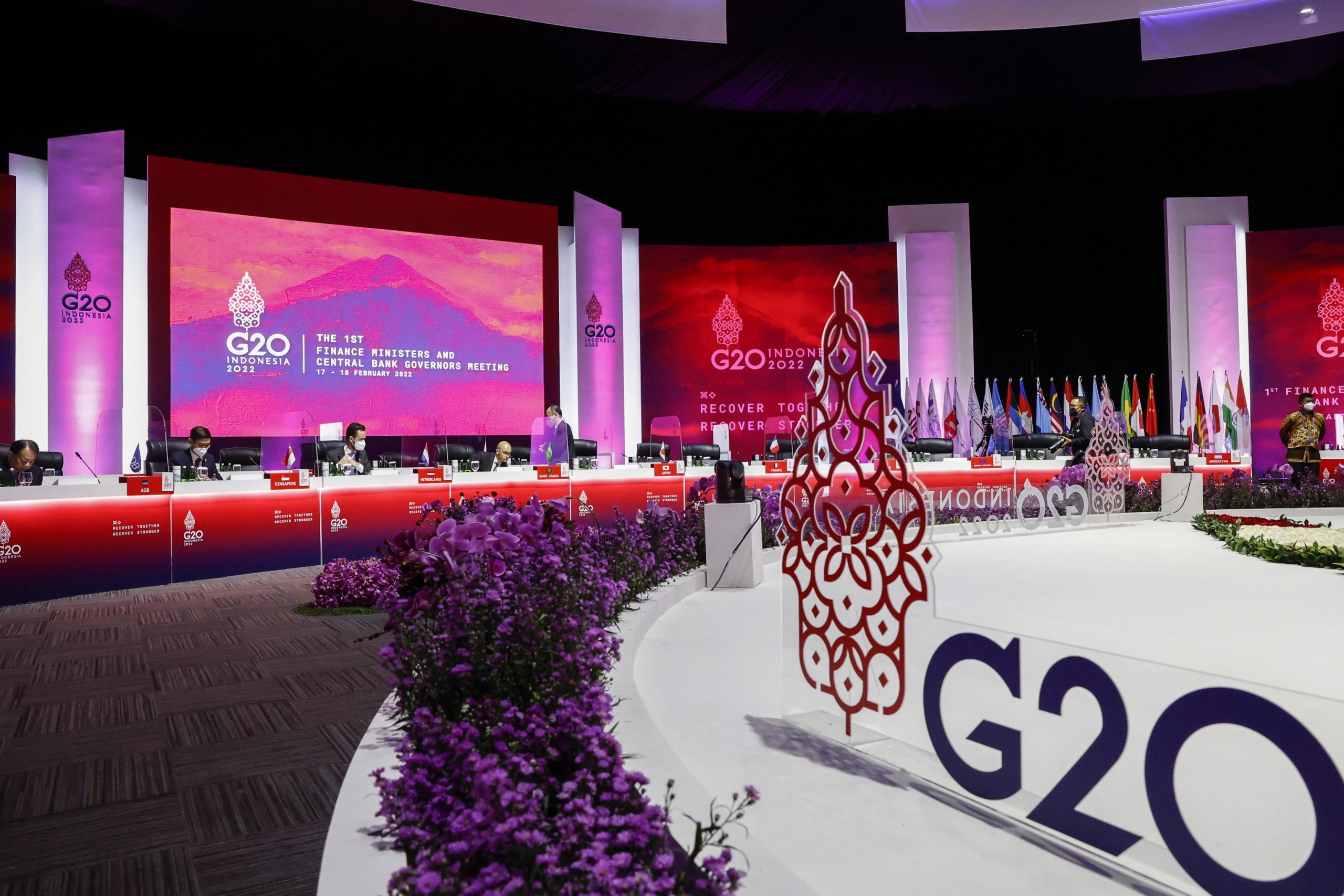 Every year, a meeting is held with the presence of the leaders of the twenty countries that have the largest and fastest-growing economies in the world, which is called the G20 for short.

The G20 members account for 85% of the world's gross domestic product and two-thirds of the world's population. In the meeting of the Group of 20, the leaders of the countries exchange views on the most critical economic and financial issues of the day and try to coordinate their plans.

Anthony Blinken, US Secretary of State, on Saturday and the sidelines of the G20 summit in Bali, Indonesia, met with his Chinese counterpart Wang Yi for the first time since October last year.

In this meeting, which took place in the shadow of the efforts of the American authorities to pressure Russia for attacking Ukraine, the foreign ministers of the United States and China to maintain the problematic relations between the two countries and prevent the escalation of conflicts, mainly after They discussed the beginning of the Ukrainian war.

At the beginning of the meeting, Blinken said, stressing that there is no alternative but direct diplomacy between Washington and Beijing; there is a lot to be said about the complexity and importance of the relationship between the United States and China. Wang also told reporters that China and the United States are big countries, so it is necessary for these two countries to maintain their regular exchanges.

At the G20 meeting, the US Secretary of State is expected to repeat his warnings to China about the need not to support Russia's war in Ukraine. Meanwhile, the two sides will also address other controversial issues such as Taiwan, China's extensive claims in the South China Sea, expanding its influence in the Pacific Ocean, human rights, and trade tariffs.

However, both sides share a common interest in keeping bilateral relations stable. US President Joe Biden and Chinese President Xi Jinping will hold talks in the coming weeks.

Despite the strategic competition, these two major economies of the world are still main trading partners with each other. The US president is reportedly considering lifting tariffs on a range of Chinese goods to curb rising US inflation.

Simultaneously with widespread criticism of Russia in the meeting of foreign ministers of the "Group of 20" countries, Indonesia, as the host of this year's conference, asked the members of this group to help end the war in Ukraine.

Indonesian Foreign Minister Retno Marsudi, on Friday, July 8, at the G20 meeting held on the island of Bali, asked the countries whose representatives participated in the forum to "find a way forward" to deal with global challenges.

The meeting of the Group of 20 is held every year with the presence of the ministers of the economy (wealth) and the officials of the central banks of the 20 largest economies in the world, which together account for 85% of the entire world economy and two-thirds of the world's population.

Reports from Bali indicate that this year's meeting was most affected by the war between Russia and Ukraine. So much so that when Russian Foreign Minister Sergei Lavrov entered the intersection, shouts of "When will you stop the war?" and "Why don't you stop the war?" It was heard in the forum.

Mr. Lavrov told reporters after the first session of talks on Friday that we heard many things today, including the words "aggressors" and "occupiers."He also lamented Western ministers who "almost immediately after the start of their speeches began to criticize Russia madly in connection with the situation in Ukraine."

Reports indicate that Sergey Lavrov left the meeting during the speech of his Ukrainian counterpart and left the meeting unfinished after Western criticism of Russia's role in the global food crisis.

On the sidelines of today's meeting, US Secretary of State Anthony Blinken also criticized the "intensification of challenges related to the increase in food and energy costs after Russia's aggression against Ukraine."

In response to the criticism of blocking the export routes of Ukrainian agricultural products, the Russian Foreign Minister announced today to a group of journalists that Russia is ready to negotiate with Ukraine and Turkey regarding grain but did not tell the time of these negotiations.

Following Russia's invasion of Ukraine at the beginning of March last year, this country has faced many problems in exporting its products, and many of its ports have been blocked due to the war on the southern coast.

In the past months, the United Nations bodies have repeatedly warned that the consequences of the war in Ukraine, including disruptions in the export and distribution of food, chemical fertilizers, and energy in the first half of this year, have caused an increase in food prices.

Ukraine and Russia together produce about a third of wheat and barley and half of the world's sunflower oil. In addition, Russia and Belarus are the second and third producers of potash in the world, which is one of the primary materials for producing chemical fertilizers.

UN Secretary-General Antonio Guterres has previously warned of increasing food shortages worldwide and said that the declaration of multiple famines in 2022 is a real risk and maybe even worse in 2023.